At first it was touted as David versus Goliath — the “GameStop Mania,” which bore a striking resemblance to a number of other events in history chronicled by Charles MacKay in his 1841 classic, Extraordinary Popular Delusions and the Madness of Crowds.  The price of the shares of a company pretty much off the map was bid up and down in a speculative frenzy ostensibly intended to teach the Big Money Wall Street Élite (BMWSE) a lesson in humility.

It didn’t quite work out that way, for a number of very good (or, depending on your orientation, very bad) reasons.  It seems that the only ones who were really taught a lesson were the small investors who — proportionately — lost far more than the BMWSE could ever hope to on their worst days.  Even had the BMWSE lost a hundred or a thousand times the objective amount that the little Davids hoped to score, it wouldn’t have caused a blink of the eye.

This is because while the BMWSE Goliaths play with their “business inventory” (so to speak), which consists of shares, cash, and cash equivalents, the little Davids were playing with their savings, the wealth they had accumulated for the future — their personal investments.  The Goliaths’ personal investments are generally not in speculative shares, but in solid and stable blue chip investments.

Thus, the little guys who lost got hit where it hurts, while those of the big guys who lost didn’t even feel the pinch of anything except outrage that somebody would try and beat them at their own game. 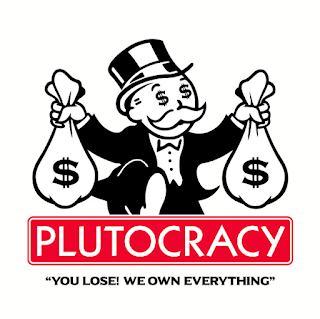 As for the gains . . . well, they were enough to make the BMWSEs scream for more regulation to keep the little upstarts out, but many of them actually came out winners, and far more than those of the little guys that booked gains.  It seems that the Wall Street System is designed to benefit the BMWSEs, and keep out the riffraff.  Yes, it pays the BMWSEs to let some small guys make a killing once in a while to maintain the illusion of “economic democracy” — actually a democratic smoke screen hiding the oligarchy — but not as a usual thing, which the GameStop incident threatened to do.

As has become evident, however, the Goliaths actually cleaned up in the frenzy.  As was reported on this blog some years back, stock market volatility in and of itself is extremely profitable for the BMWSE.  With their computer algorithms that can track multiple variables at one time and thereby detect trends before they are apparent to human perception, the BMWSEs can go long or short and make millions, sometimes billions in a single day of trading simply because the market kept going up and down, and they made money on both sides . . . usually at the expense of the small investor who doesn’t have access to the same information, and has to rely on purely human judgment. 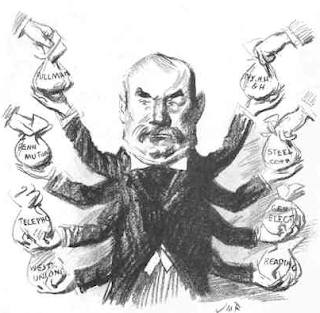 Bad as that is, however, there are two other things that are worse.  The first is the idea that the stock market is productive activity.  It’s not.  The small guys who want to teach the big guys a lesson are doing it in the wrong classroom, even in the wrong school.

The main problem is not that the BMWSEs are keeping the little guys out, even though they are doing precisely that.  No, it’s that the BMWSEs have convinced not only themselves, but also the academics and the politicians that what they’re doing is somehow “productive.”  It isn’t.  The stock market is only the illusion of production.

True, it is socially unjust to keep some people from participating in the institutions of society, but there may be some institutions that are not worth participating in.  For example, suppose there was a racist drug dealer who refused to sell to Blacks and Hispanics.  Technically unfair, but is drug dealing really an institution that people should be concerned with reforming, or simply eliminating?

Obviously, it would be far better to put idle hands to work doing something productive that benefits both the producer and the consumer, neither one gaining at the expense of the other. 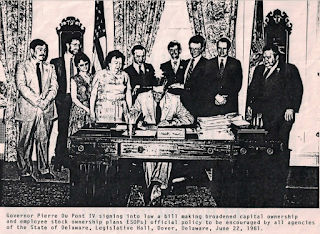 And that is the second thing that is worse than the monopoly that the BMWSE has on access to the Wall Street gambling casino.  How many people would go to Wall Street to make a killing (or commit financial suicide) if they had a reasonable certainty that they could engage in productive activity and meet all their needs and reasonable wants without gambling on the stock market?  Given that the number of people involved in Wall Street was very small through most of its existence (until economic power shifted from labor, to technology, and then to finance, where it now remains), we think very few people would resort to it as a primary activity.

No, most people would rather either own part of a productive enterprise directly (i.e., a farm or business), or buy shares that pay sufficient dividends to yield a good income instead of through buying and selling the shares — true investment instead of speculation. 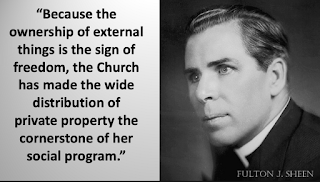 That is, in fact, what social justice is about, at least economically speaking.  It’s not helping people to do what is worst for them, but what is best for them.  Given that, instead of figuring out how to beat the BMWSE at their own game, they’d be better off not trying to beat anybody at all, but in becoming genuinely productive . . . which is what the Economic Democracy Act is intended to do.

The Economic Democracy Act or “EDA” (formerly called the Capital Homestead Act) is a proposed Federal legislative program of tax, monetary, and fiscal reforms for promoting sustainable economic growth while creating equal opportunity and access for every citizen, every year from birth to death, to become a shareholder in the technological frontier.  It is designed to connect every person to the global economy as a fully empowered participant and owner of productive wealth, by dismantling structural barriers in our basic institutions and by financing capital formation through ownership democratization vehicles. 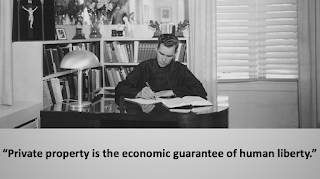 The EDA embodies Article 17 of the Universal Declaration of Human Rights, which states “Everyone has the right to own property, alone as well as in association with others” and “No one shall be arbitrarily deprived of his property.” This economic agenda for the 21st Century provides a blueprint for leaders committed to restructuring the legal and financial system to grow the economy at maximum rates with no inflation, in ways that build a Just Third Way version of economic democracy as the essential foundation for effective political democracy. The Economic Democracy Act promotes an “equal capital ownership opportunity” approach for financing a sustainable and just economy. 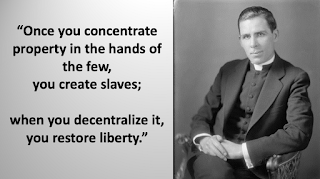 The Economic Democracy Act offers a just, free market-oriented way to save the Social Security System as a national retirement income security plan.  But, at the same time, the Economic Democracy Act offers a new national policy to foster life-long  “capital income self-sufficiency” as a means to achieve true economic independence for all citizens. If implemented, capital ownership would be systematically de-concentrated and made directly accessible to every person, without reducing property rights of the wealthy.