Although things may seem pretty dark at the moment, some good things are happening . . . if we stop to take a look: 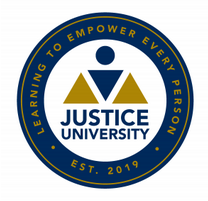 • The Rich Are Different.  It’s apocryphal (meaning he never actually said it), but Ernest Hemmingway supposedly responded to F. Scott Fitzgerald’s “The rich are different,” with “Yes, they have more money.”  Actually, what the rich have is collateral, which allows them to create money for investment in capital that generates huge amounts of income . . . which they use to make themselves different.  These days, as revealed in books such as The Panama Papers, Confessions of an Economic Hit Man, and Capital Without Borders, the ultra rich are able to do pretty much as they please, even to the point of circumventing laws that bind everybody else.  If nothing else, the EDA will act as something of a leveler, allowing everyone who qualifies to be a capital owner and making the rich more accountable by taking away their virtual monopoly over past savings.

• The Great Reset.  Members of the CESJ Core Group are currently in negotiations with a major Catholic publisher to do a response to the so-called “Great Reset” being proposed to solve all the world’s problems.  With the Just Third Way of Economic Personalism, CESJ has a solution, while most if not all others commenting on the Great Reset have limited themselves to complaining and warning people of the dangers without offering an alternative.

• Sensus Fidelium Videos, Update.  CESJ’s new series of videos for Sensus Fidelium contrasting economic personalism and the Great Reset is off to a good start, although we missed this past week due to unforeseen circumstances.  The latest Sensus Fidelium video is “The Just Third Way with Norman Kurland.”  The latest completed series on “the Great Reset” can be found on the “Playlist” for the series.  We expect to begin a new series on Economic Personalism next week, but the previous series of sixteen videos on socialism is available by clicking on the link: “Socialism, Modernism, and the New Age,” along with some book reviews and other selected topics.  For “interfaith” presentations to a Catholic audience they’ve proved to be popular, with over 101,000 views to date.  They aren’t really “Just Third Way videos,” but they do incorporate a Just Third Way perspective.  You can access the playlist for the entire series  The point of the videos is to explain how socialism and socialist assumptions got such a stranglehold on the understanding of the role of the State and thus the interpretation of Catholic social teaching, and even the way non-Catholics and even non-Christians understand the roles of Church, State, and Family, and the human person’s place in society.

• Blog Readership.  We have had visitors from 34 different countries and 38 states and provinces in the United States and Canada to this blog over the past week. Most visitors are from the United States, India, the United Kingdom, Argentina, and Australia.  The most popular postings this past week in descending order were “The New Christianity and the Great Reset,” “The Best Form of Government,” “Social Justice, IV: The Characteristics of Social Justice,” “A Measure of Reform,” and “Did C.S. Lewis Approve of Socialism?”