“The Jobs We Need”

A while back, toward the end of June (the twenty-fourth, to be exact), the New York Times ran an editorial on “The Jobs We Need,” although it was evident from the fact that the piece was written by staff that they didn’t include themselves as part of us.  Anyway, we got to work and sent a letter to the editor that was never published, a slightly edited version of which we post here today: 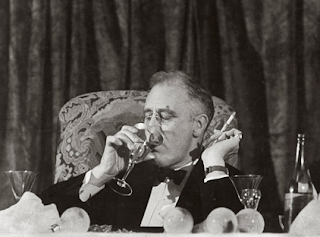 Dear Sirs:
Regarding your June 24, 2020 editorial, “The Jobs We Need,” we would like to offer a few comments that might shed some light on the subject. First, we would agree with President Franklin Delano Roosevelt that it is a matter of power.  The question is, whose power over what?
As long as people are powerless and depend on others for their income, they are going to be vulnerable to economic downturns, cheaper labor, displacement by advancing technology, sickness, disability, old age, and death that leaves them and those dependent on them helpless.  Increased government assistance, private charity, and job creation, while it may be necessary in the short-term, are not the answer, as the underlying problem remains.

When workers have only their labor to sell, they will be replaced as soon as there is a cheaper alternative.  If they cannot work, they cannot produce.  If they cannot produce, they cannot consume unless others give them what they need, or they take what others have by force.
Raising wages is not the answer.  That simply increases the costs of production, which in turn raises the price level.  As experience has taught us, the rise in prices usually more than offsets the increase in wages, leaving workers worse off than before.
As Louis O. Kelso and Mortimer J. Adler pointed out in The Capitalist Manifesto (1958), there is only one sustainable solution to the growing disparity of productive power between human labor and capital.  That is for workers to become direct owners of capital as well as of their own labor.
This was recognized in Article 17 of the UN Declaration of Human Rights that states everyone has the right to be an owner, individually or in free association with others.  What we today call “the Just Third Way of Economic Personalism” offers a just, free market, private property-based alternative to both capitalism and socialism.

UAW president and civil rights advocate Walter Reuther noted this in his testimony before Congress in 1968 when advocating the adoption of Kelso’s ideas to counter the loss of autoworkers’ jobs to other countries.  As Reuther explained, workers as capital owners receiving a part or all of their income from profits would increase pay and benefits without adding to production costs.  This would keep prices low and increase the purchasing power of the additional income.
As to how workers and everyone else could afford to purchase capital, they could do as Kelso proposed and pay for the capital with the future earnings of the capital itself, collateralizing with insurance instead of existing wealth.  People as disparate as Ronald Reagan and Hubert Humphrey were in favor of a program of  expanded capital ownership for all citizens — “Capital Homesteading” — financed in this way. 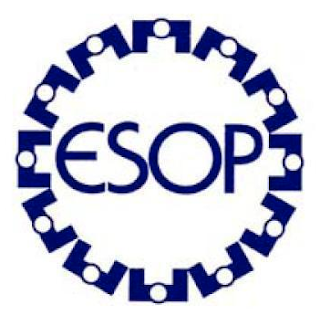 Nor is it a pipe dream.  Kelso’s technique has been used successfully in the Employee Stock Ownership Plan (ESOP) he invented.  Today more than 11 million workers in over 8,000 companies are part owners of the companies that employ them without having put up existing savings.
Making displaced workers as well as all citizens owners of America’s corporate wealth would have another benefit, particularly valuable in these days of quarantine and isolation.  Factories could be automated without affecting family income.
A few tax and monetary reforms could easily be implemented with only a few legal changes in the system.  One, all dividends could be made tax-deductible at the corporate level and treated as ordinary income unless used to make tax-deferred purchases of newly issued equity representing new capital growth.
Two, by paying out all earnings as dividends, a corporation could legally avoid all corporate income tax.  At the same time, the personal tax base would increase and entitlements and transfer payments reduced as people’s incomes became sufficient to meet their needs. 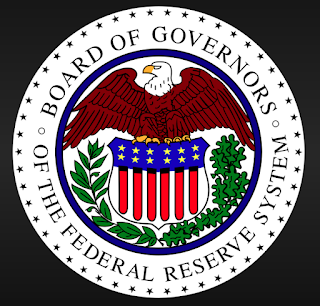 Three, new growth could be financed by issuing equity instead of debt, while the commercial banking system backed up by the Federal Reserve could monetize private sector growth instead of government debt — which was the original function of the Federal Reserve.  The result would be an elastic, stable, uniform, and asset-backed currency and a shift away from government debt as the backing of the money supply.
Judging by how long it took to achieve full employment in World War II, as well as the tremendous amount of unmet consumption needs in this country alone, it is possible that there could be a complete economic turn-around very soon after the passage of a Capital Homestead Act.  Full employment would probably follow in short order.
Keeping in mind the average payback of new capital of three to seven years, full dividend payout would increase effective demand exponentially after the new capital repaid its financing.  This would further increase the demand for labor and more new capital.  There would no longer be a shortage of jobs, but a shortage of workers, and a consequent rise in wages naturally as employers bid up the market price of labor.

The increase in taxable income would increase tax revenues and at the same time reduce the need for entitlements and transfer payments.  This would reduce government deficits with the possibility over the long-term of eliminating both the deficit and the outstanding debt as more people met their own needs through their labor and capital ownership.  Government borrowing could then be restricted to short-term loans out of existing savings to meet temporary shortfalls in tax revenues.
As Daniel Webster reminded us two-hundred years ago in 1820, “Power naturally and necessarily follows property.”  Reparation could be made in this way to everyone who has suffered from the effects of an unjust system.  By making every citizen a direct owner of America’s future corporate wealth without redistributing existing wealth, every person would be empowered and face a more peaceful and secure future.
Yours,
Blah, blah.
#30#