Frankly, we don’t know what to think.  On one hand the “June Jobs Report” makes it sound as if the economy is booming, and the stock market is rising.  There is also the bit that there is an actual “worker shortage” as people refuse to take jobs as long as their unemployment benefits are paid; it seems that they are better off economically not working at all . . . at least, not that the authorities know about.  At the same time, we’re told the “jobs market” won’t recover for at least ten years.  What are we to believe, and what are we supposed to do?  Well, why not go the Just Third Way: 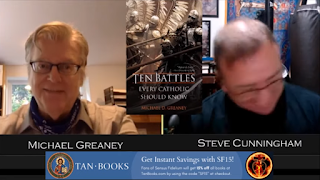 • Just Third Way Video.  On Wednesday of this week, CESJ’s Director of Research, Michael D. Greaney, taped a video show that may result in a short series.  Okay, it will be on a “Catholic” YouTube channel (“Sensus Fidelium”), and the language used was tailored for that particular audience (e.g., “the new things” means “socialism, modernism, and esotericism,” each of which has its own special meaning within that milieu), but by and large the ninety-minute (or thereabouts) show was about the rise of socialism and the infiltration of the ideas into the whole of society, and prepared the ground for a presentation (eventually) on the Just Third Way of Economic Personalism.  A short sample of the format can be seen in this relatively short video (twenty minutes) on Ten Battles Every Catholic Should Know.

• Homesteading and the Black Experience.  A short time ago we suggested that “Capital Homesteading” might be a good way to help bring justice to all races in the United States (and the rest of the world), and also respond to the demand for reparations, to say nothing of restoring the economy and putting it on a sound footing.  We got a comment to the effect that what we suggested was total . . . “bologna sandwiches” (or something that had the initials b.s.) because — so the commentator declared unilaterally, unequivocally, and everything-else-ily, Abraham Lincoln’s 1862 Homestead Act was racist because it was officially “whites only.”  No blacks allowed.  Now, had the commentator said that the Homestead Act was racist because it dispossessed native peoples of land they had occupied for millennia, there would be some basis for the claim, but the declaration that the 1862 Homestead Act specifically said, “whites only” and legally excluded blacks is simply untrue.  We easily found a page on the website of the National Park Service that gave a comprehensive (if brief) history of black homesteaders, “African-American Homesteaders in the Great Plains.”  Plus, nowhere in the Act does it state anything about race, sex, or place of national origin.  Anyone at least 21 years of age, and a U.S. citizen or with the stated declaration of becoming a citizen, could file for a homestead on payment of the $6 filing fee.  Period.  Capital Homesteading wouldn’t even require the filing fee. 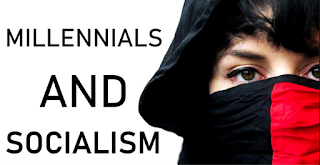 • The Spread of Socialism.  Okay, the story is a little old, from November of last year, but we’ve seen other, more recent articles making the same point.  According to this article, 36% of Millennials approve of communism, while 70% would vote socialist.  This is probably more significant than mere noting that there is not as much difference between communism and socialism as people seem to think, being basically different terms for the same thing: the abolition of private property in capital.  What it means is that the rising generation of leaders sees no hope that does not come from the State.

• The Incidence of the Occult.  In The Student Prince, the prince and his tutor are summoned to the king’s presence in the middle of the night.  As they are marched along by the Royal Guard, mystified, the prince remarks to his tutor, “Well, they can’t kill me, I’m the Heir Apparent.”  The tutor gives him a Look and says, “If you knew more history, you’d be more worried.”  The rise of interest in the Occult, along with Astrology, etc., in conjunction with the spread of socialism (above) ought to worry a lot more people than it does.  It is a sure sign of social disruption and the sense of powerlessness among ordinary people.  As shown by the work of Dr. Julian Strube of Heidelberg (okay, it really was just a coincidence that the Student Prince ends up going to Heidelberg), socialism and the Occult always go together in one form or another. Even if it’s only the mild form that the Catholic Church calls “modernism” (which really doesn’t have anything to do with modernity).

• The “Jobs Market”.  According to the Washington Post, the Congressional Budget Office has announced that the “Jobs Market” will take at least ten years to recover.  (“CBO: Jobs Market Will Need Decade to Recover,” Washington Post, 07/03/20, A-15.)  The possibility of having a complete economic recovery in two years or less, with so-called “full employment” in three to seven years, doesn’t seem to occur to anyone.  Yet that is a definite possibility if Say’s Law of Markets is restored by implementing a Capital Homestead Act.

• Unemployment Benefits v. the “Jobs Market”.  In a related story, a few pages later on in the Washington Post, it seems that the so-called “Jobs Market” has already more than recovered.  It seems that many people have discovered that unemployment benefits are better than working for a living, and people are choosing not to go back to work.  (“Unemployment Benefits Are Causing a Worker Shortage,” Washington Post, 07/03/20, A-21.)  Ignoring the fact that the Washington Post contradicted itself (again), it seems that if you want to raise wages naturally, you do what Alexis de Tocqueville hinted at almost two centuries ago: you make certain people have a source of income independent of their labor income.  Suddenly, employers have to start offering the real market rate of wages instead of what they can get away with or what the government mandates.  One possibility for an independent income is the Capital Homestead Act . . . you didn’t know we were going to say that, did you?

• Ludwik Królikowski.  Almost by chance we came across a possible reason Pope John Paul II was drawn to personalism instead of collectivism or individualism.  It seems that an important thinker in the early nineteenth century and a prime mover in the Polish nationalist movement was one Ludwik Królikowski (1799- cir. 1881).  Królikowski was driven by two goals: the reestablishment of Polish sovereignty and the end of feudalism.  Both, he felt, could be achieved through the establishment and maintenance of the Democratic Religion of socialism.  Moving from Poland to France in 1827, Królikowski became a follower of Henri de Saint-Simon and an avid promoter of “the New Christianity” that sought the abolition of private property, organized religion, and aristocracy and monarchy.  As chief propagandist for the Polish November Uprising of 1831, Królikowski’s efforts to publicize the Uprising as being a call for the destruction of civil and religious authority resulted in Pope Gregory XVI condemning the Uprising and, a short time later, issuing the first social encyclical, Mirari Vos.  Królikowski posed as the new Messiah and declared he had come to establish the Kingdom of God on Earth by abolishing inequality and private property. 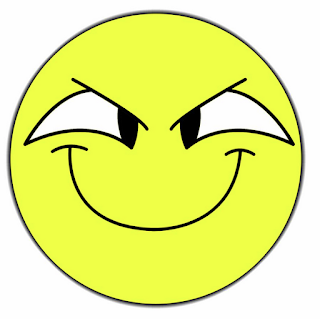 • Blog Readership.  We have had visitors from 30 different countries and 40 states and provinces in the United States and Canada to this blog over the past week. Most visitors are from the United States, Canada, Brazil, Argentina, and Spain.  The most popular postings this past week in descending order were “How to Read a Social Encyclical,” “News from the Network, Vol. 13, No. 26,” “Distributism and Economic Personalism, Part II,” “Distributism and Economic Personalism, Part I,” and “JTW Podcast: Our Global Justice Movement.”