In the previous posting on this subject, we started posting a recent CESJ position paper, “Universalizing Capital Ownership,” as a series.  Of course, if you want to read the paper in one go, just click on the link; it’s not very long, although putting up the whole thing as a blog posting is a bit much at one time.

The paper suggests a number of things that can be done to ameliorate the immediate situation and lay the groundwork for a just and effective recovery.  Today’s portion focuses on “the unacknowledged right” of private property, the chief prop of life and liberty, with which most people have no problem (at least for themselves).  It then gives an example of how even under current law in the United States it is possible for people without existing savings of their own to purchase capital that pays for itself out of its own future profits.
UNIVERSALIZING CAPITAL OWNERSHIP
How Article 17 of the Universal Declaration of Human Rights Can Save the Economy
April 17, 2020
Center for Economic and Social Justice (CESJ.org), April 17, 2020
Part II
The Unacknowledged Right
Among the 30 articles in the United Nations’ Universal Declaration of Human Rights (UNDHR), ratified in 1948 by 48 countries, Article 17 states: “Everyone has the right to own property, alone as well as in association with others” and “No one shall be arbitrarily deprived of his property.”
In other words, to secure one’s life and liberty, every child, woman, and man should have the equal right to become an owner of productive capital assets. Since the date of the UNDHR’s adoption, however, no country in the world has promoted this right. None have instituted policies providing every person equal future opportunity and access to the means to exercise it.
Article 17 embodies the principles of “economic personalism,” starting with respect for the dignity, security, empowerment and fullest development of every human being. Solutions based on these principles would finance future economic growth throughout the world in ways that would create new work opportunities and unite all citizens as productive capital owners, without eroding the rights of existing owners. These solutions offer the potential efficiencies of a more participatory, non-monopolistic and just free market system, enabling a growing base of taxpayers to pay the budgeted costs of government and begin paying down accumulated government debt.
An Example of Universal Capital Ownership Financing.

One micro-economic example for promoting new global monetary policies consistent with Article 17 is the world’s first 100 percent bank-financed employee buyout of Mid South Building Supply, Inc. (Springfield, Virginia, USA) as described below. This successful model demonstrates the power of expanded capital ownership financing.
As a result of new laws adopted in 1974 by the US Congress, all Mid South workers were provided in 1985 with access to capital credit from the company’s commercial bank to purchase 100% of outstanding shares of their company to be repaid with the full stream of future pre-tax corporate profits. No employee had to put up any money to become an owner.
In 1985, the company’s tax-exempt Employee Stock Ownership Plan (ESOP) Trust purchased all 3,000 shares of company stock from the then-owners, for which it paid $7,300,000, a price at the higher end of an independently appraised “fair market value.” The plan was structured to avoid any deductions from wages or salaries, personal savings or personal loans.
This was made possible because under US law, an owner who sells a company to the employees through an ESOP is permitted to defer any taxes on the gain from the sale whose proceeds are used to purchase “qualified” shares (i.e., shares meeting required standards) in other companies, unless those shares are sold during the life of the selling owner. In the case of the Mid South ESOP, the selling owner was able to make an asset-backed loan guarantee to serve as collateral (or substitute for loan default insurance) for the commercial bank loan the employees used to purchase the shares through the tax-sheltered ESOP Trust. The law allows a company to deduct from its taxable income any future profits used by the ESOP to pay for shares or distributed to employees through the ESOP. 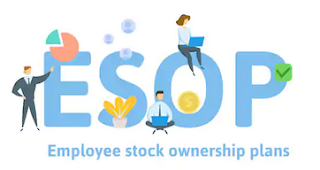 The bank assessed the feasibility of Mid South’s loan on the basis of the future stream of pre-tax profits, projected to be earned by the company within 20 years. The company’s cash contributions and dividend payments to the ESOP repaid the acquisition loan 7 years ahead of schedule. By December 31, 2018, the appraised value of the shares of Mid South Building Supply had increased 536.93 percent above the original purchase price.
Since the workers became the owners, the company’s workforce has increased 328.95 percent, and the company has expanded from two locations to eight locations in two states with over 125 full-time employees. Over the years, basic labor compensation of all employees has been paid competitively. $4.5 million of profits have been distributed under Mid South’s Bonus and Profit Sharing Plan and approximately $17 million of the company’s annual ESOP contributions have been used to repurchase shares. No employee has ever put up any personal savings or taken payroll deductions to become an owner in Mid South.
#30#