Purely by coincidence, most of the news items this week relate to the benefits of worker ownership.  We say “by coincidence,” for today is the “feast” (holiday in honor of) “Saint Joseph the Worker,” which was instituted in 1955 to counter the communists Numero Uno holiday in the workers’ calendar.  What the communists and everyone else seemed to forget, however, is that Saint Joseph was not just a worker, he was a worker-owner.  He may have been poor, but poor people can own capital, too: 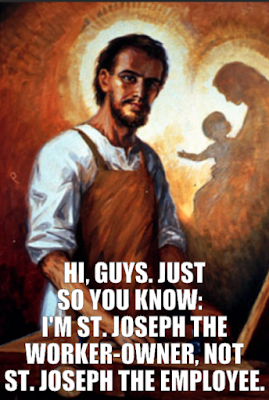