The Big News this week seems to be the debates about more “stimulus” in the trillions of dollars.  We keep wondering why when we first proposed allocating $2 trillion worth of capital credit to finance new capital formation to be broadly owned and in a non-inflationary way, it was called insanely risky.  Not like issuing $6 trillion or more of new money backed only by future tax collections that might never materialize.  And then there’s this:


• Free Repayable Stimulus!  According to the Motley Fool financial analyst website, the proposed $5,000 stimulus for “seniors” is actually a hidden loan from future Social Security payments.  This, of course, without the Fool (we mean that in a nice way) knowing it, is the best argument for Capital Homesteading as a way of “saving” Social Security by creating a stream of ownership income that replaces the current system as the primary source of income.  We’ll repeat that, for we would leave Social Security in place and meet all current promises, but be careful about making new ones.  Social Security should be “means based,” so that people who have nothing else can be secure (as the name says), but it should not be an across the board entitlement.  If Capital Homesteading were in place, a $5,000 non-repayable advance out of Social Security would 1) make sense, 2) not put a strain on the system, and 3) probably not even be necessary, as Social Security payments would be larger, anyway, with fewer recipients, and with more “seniors” having ownership income, there would be less financial need in the first place.
• Usury and Other Dishonest Profit.  We’ve been seeing an upswing in condemnations of usury lately, often citing Hilaire Belloc as the authority . . . but getting what Belloc actually said a little wrong.  The problem was that Belloc got a little garbled in his explanation of usuary due to the fact that he was locked into the flawed Currency Principle, but he correctly stated the principle: usury is not any interest on a loan, even high interest.  Usury is taking interest on a loan of money that is not put to productive use to produce a marketable good or service, but is used for consumption.  That is, usury is taking a profit when no profit is due, hence the “real” title of the 1746 encyclical Vix Pervenit is “On Usury and Other DISHONEST Profit.” All profit is not condemned, only dishonest profit.
• Mark Cuban Speaks.  According to the bulletin of the National Center for Employee Ownership in Oakland, California, Billionaire investor Mark Cuban has come out strongly in favor of employee ownership.  As the NCEO reports, “Cuban also said, ‘if you’re running a company now and you need help from your employees, give them equity.  Give them stock in a meaningful way, because you’re going to need them to grow your company.  We’re all going to need them to grow this country and this world back to where we were economically.’ He argued that stock ownership can increase economic security and help reduce social inequality.”  Now, we agree with most of what is said, but we have a quibble with the word “give” and, later, in a quote we didn’t quote, “reward.”  Ownership is a right, not a gift.  As Pope Pius XI reminded us (even if you’re not Catholic or even Christian), “no vicarious charity can substitute for justice which is due as an obligation and is wrongfully denied.” (Quadragesimo Anno, § 137.)  We have a hunch Cuban is not really giving shares away, but is selling them, but it should be made clear that, while current owners have every right to keep what they own (and can give it away or sell it out of charity), everyone should have the opportunity and means to become an owner of the future growth of the economy.
• Fall Conference?.  The CESJ Core Group and the Humphrey Fellows are discussing the possibility of a “virtual conference” in the Fall on “A New Monetary System for Sustainable Growth and Economic Justice” (tentative title).  The idea is to issue a “call for papers” inviting researchers and experts to contribute theoretical and empirical research studies, concept papers, or technical reports addressing timely issues and developments in the fields of money, credit, finance, and central banking, from the perspective of social and economic justice as understood within the Just Third Way.  A number of academics have already expressed interest. 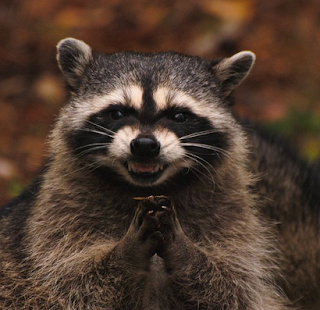 • Shop online and support CESJ’s work! Did you know that by making your purchases through the Amazon Smile program, Amazon will make a contribution to CESJ? Here’s how: First, go to https://smile.amazon.com/.  Next, sign in to your Amazon account.  (If you don’t have an account with Amazon, you can create one by clicking on the tiny little link below the “Sign in using our secure server” button.)  Once you have signed into your account, you need to select CESJ as your charity — and you have to be careful to do it exactly this way: in the space provided for “Or select your own charitable organization” type “Center for Economic and Social Justice Arlington.”  If you type anything else, you will either get no results or more than you want to sift through.  Once you’ve typed (or copied and pasted) “Center for Economic and Social Justice Arlington” into the space provided, hit “Select” — and you will be taken to the Amazon shopping site, all ready to go.
• Blog Readership.  We have had visitors from 84 different countries and 40 states and provinces in the United States and Canada to this blog over the past week. Most visitors are from the United States, China, India, Bangladesh, and Brazil.  The most popular postings this past week in descending order were “News from the Network, Vol. 13, No. 20,” “R.M. Hutchins and M.J. Adler on ‘The Great Books’,” “The Labor Theory of Value,” “Social Justice IV: The Characteristics of Social Justice,” and “Some Labor Problems.”
Those are the happenings for this week, at least those that we know about.  If you have an accomplishment that you think should be listed, send us a note about it at mgreaney [at] cesj [dot] org, and we’ll see that it gets into the next “issue.”  Due to imprudent language on the part of some commentators, we removed temptation and disabled comments.
#30#