How Not to Stimulate an Economy

As of this writing, the $1 trillion stimulus package has crashed and burned in Congress.  That’s a good thing.  Not that we can afford to let the economy go its not-so-merry way, but remedial action should alleviate the symptoms and cure the disease, not make matters worse.


As we saw in the previous posting on this subject, financial panics have been caused, one way or another, by manipulating money and credit.  Usually this is by cranking up the printing presses (so to speak) to spend money on consumption, government, or gambling (under which heading we put stock market speculation) — which is what the $1 trillion stimulus would do. 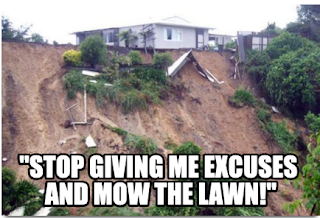 Nor is the current financial panic triggered by the corona virus really any different.  Yes, the pandemic is sending shock waves throughout the global economy, but people and politicians are obsessing about the wrong tsunami, and proposing the wrong remedial measures — and it’s due primarily to an egregious misunderstanding of money and credit.
First, the stock market wouldn’t have gone so high if there hadn’t been several serious problems to begin with, number one being the virtually unrestrained creation of trillions of dollars of new money backed only by government debt.  When combined with some near-fatal violations of principles of internal control, the result has been, if not quite catastrophic, as near to it as to make no difference.
There was a very good reason back in the 1930s to separate commercial banking from investment banking, as the Glass-Steagall Act did.  Prior to Glass-Steagall — and the reason for enacting it — was the abuse of “margin purchases” of shares.  To explain, there are three ways to purchase shares, and the method chosen should be dictated by the type of shares being purchased and the reason for purchasing them:
·      For cash,
·      On investment credit, to be paid for out of other income or earnings on the shares themselves, or
·      On speculative credit, to be paid for out of a change in the value of the shares themselves.
Cash.  This is just what it sounds like.  You have savings, either in cash or another investment (savings = investment) that you want to liquidate and invest in something else, so you purchase the shares outright for cash on the barrelhead.
Investment Credit.  There are two methods of using investment credit.  1) You have a reasonably certain stream of future income that you don’t think you need for consumption purposes, so you purchase shares on credit with the expectation that your income will be sufficient to cover the cost over time.  2) The shares themselves have a reasonably certain stream of income that over time will cover the cost of the shares, so you purchase the shares on credit and let the shares pay for themselves.
Letting the shares pay for themselves out of their own future earnings is the preferred method used by the soundest and most conservative investors, as it mirrors the way the corporations issuing the shares usually purchase new capital.  Unfortunately, except in rare cases these days, most corporations do not pay out the full stream of earnings attributable to the shares, and thus the new shareholder cannot use this “self-liquidating” method. 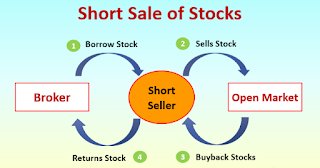 Speculative Credit.  You purchase shares on credit anticipating that a change in the value of the shares will yield enough to pay for the purchase of the shares once they are sold.  There are two methods by means of which speculative credit allows you to pay for the shares. 1) Long Sale.  “Going long” in the market means you borrow cash to purchase shares on credit.  If the value per share increases, you sell the shares and pocket the difference between the purchase price and the sales price as your profit.  2)  Short Sale.  “Going short” in the market means you borrow shares and sell them.  If the value per share falls, you purchase the shares back and repay the shares.  Your profit consists of the difference between the selling price and the repurchase price.
Obviously, using speculative credit can be very risky.  If you borrow money to purchase shares expecting the value per share to increase and it falls, you still owe the money you borrowed and can lose the entire amount if the shares become worthless.
On the other hand, if you borrow shares, sell them expecting the price to fall, and the price rises, you can end up owing many times the original value of the shares.  In a long sale, you can only lose the amount for which you purchased the shares.  In a short sale, the amount of money you lose is limited only by how much the value per share increases.
Now, why is a $1 trillion stimulus package carried out as usual such a bad idea?  It appears to address the underlying problem: lack of economic growth in the economy.  So what’s wrong with that?
Pretty much everything.  Here’s why.
It is exactly the wrong thing to do.  It is easy to predict what will happen . . . especially since it is what happened with the preceding stimulus packages.
With “idle” cash lying around, banks will look to place it where it has the most profit potential.  Given that interest rates on business loans are low, the stock market seems (if not more prudent) the most profitable place to invest idle cash.
As a result, businesses will still be starved for credit, although a rise in share prices on Wall Street will give the illusion of prosperity . . . and probably be temporary as long as the real productive economy stays on the rocks.  Share prices will rise, but the real, productive economy will continue to deteriorate.
The bottom line?  We will be worse off than we were before.
What should be done?  That is what we will cover in the next posting on this subject.
#30#