As the holiday season gets into full swing and companies and countries start to think about year end statements and declarations, important events in the Just Third Way may sometimes get overlooked.  Here are a few we think should not:


• Fulton Sheen to Be “Beatified”.  It was just announced that “America’s Archbishop,” the “American Chesterton,” a.k.a., “Uncle Fulty” (an old joke; Sheen’s show was on when Milton “Uncle Miltie” Berle’s was also popular), Fulton J. Sheen, is to be “beatified” in December of this year.  “Beatification” is one step away from “canonization,” or official recognition as a “saint,” that is, someone believed to be in Heaven.  Of course, countless people are claiming that Sheen will be “made a saint,” which is not correct.  The process is to determine whether or not Sheen is already a saint.  Sheen’s importance for the Just Third Way, of course, can be found in the first two-thirds of his career in which he emphasized the dignity of every human person (personalism) over that of the collective (socialism) or an élite (capitalism).  This can be seen in books such as his doctoral thesis, God and Intelligence in Modern Philosophy (1925) and Freedom Under God (1940), the latter being available in a special Just Third Way edition.  This was also the theme of the final third of his career, of course, but that was when he emphasized the more spiritual side of life. 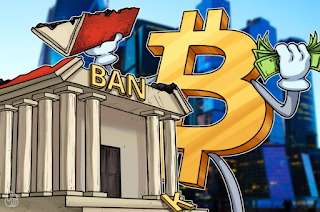 • Negative Interest Rate Insanity Spreads.  A small German bank of deposit (a cooperative bank) has announced that it is instituting a negative interest rate, charging customers for funds they deposit in the bank.  Unlike commercial or mercantile banks that create money by making loans, banks of deposit can only make loans out of their capitalization and deposits.  If no one deposits funds in a bank of deposit, then the bank has no funds to lend and goes out of business.  The whole idea of negative interest rates, as insane as that is, is supposed to encourage commercial banks to lend out of reserves (a strange concept anyway, as that is not how commercial banks function), not discourage taking deposits.  All a negative interest rate does for ordinary savers is encourage them to withdraw their funds and bury them in the backyard or stuff them into a mattress. 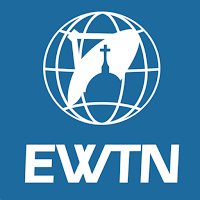 • EWTN Interview. CESJ’s Director of Research has been invited to appear on EWTN Live with Father Mitch Pacwa, S.J., to talk about his book, Ten Battles Every Catholic Should Know (2018).  The next day a segment of EWTN’s Bookmark with host Doug Keck will be taped.  EWTN — “Eternal Word Television Network” — is international in scope, and reaches 70 million households in the United States.  It is the largest religious media network in the world, and it claims to reach 250 million people in almost 150 countries.  The show — which is, of course, filmed live — is scheduled for January 8, 2020.
• Michigan Worker Ownership Bills.  The National Center for Employee Ownership (NCEO) in Oakland, California, reports that the state of Michigan is considering two important bills relating to expanded capital ownership.  One bill would provide tax incentives for employee ownership; a second would create a program to assist in developing employee-owned businesses.
• Economic Personalism.  The long-awaited short book on Economic Personalism may be nearing final editing, with a possible publication date of January 1, 2020.  We hope, of course, to have prepublication copies available for review prior to the official release date.
• Shop online and support CESJ’s work! Did you know that by making your purchases through the Amazon Smile program, Amazon will make a contribution to CESJ? Here’s how: First, go to https://smile.amazon.com/.  Next, sign in to your Amazon account.  (If you don’t have an account with Amazon, you can create one by clicking on the tiny little link below the “Sign in using our secure server” button.)  Once you have signed into your account, you need to select CESJ as your charity — and you have to be careful to do it exactly this way: in the space provided for “Or select your own charitable organization” type “Center for Economic and Social Justice Arlington.”  If you type anything else, you will either get no results or more than you want to sift through.  Once you’ve typed (or copied and pasted) “Center for Economic and Social Justice Arlington” into the space provided, hit “Select” — and you will be taken to the Amazon shopping site, all ready to go.
• Blog Readership.  We have had visitors from 31 different countries and 36 states and provinces in the United States and Canada to this blog over the past week. Most visitors are from the United States, India, Nigeria, Spain, and the United Kingdom.  The most popular postings this past week in descending order were News from the Network, Vol. 12, No. 46, “Thomas Hobbes on Private Property,” “The Purpose of Production,” “Counterfeiting for Fun and Profit,” and “The Characteristics of Social Justice.”
Those are the happenings for this week, at least those that we know about.  If you have an accomplishment that you think should be listed, send us a note about it at mgreaney [at] cesj [dot] org, and we’ll see that it gets into the next “issue.”  Due to imprudent language on the part of some commentators, we removed temptation and disabled comments.
#30#
Posted by Michael D. Greaney at 6:00 AM