For some reason there seems to have been a focus on candy this week in addition to the usual horrors.  That was in spite of the fact that we did not run a single “Halloween Horror Special” this October, unless one includes the posting on Herman Melville’s novel, Moby Dick.  Be that as it may, here are some of the more Just Third Way-ish happenings this past week: 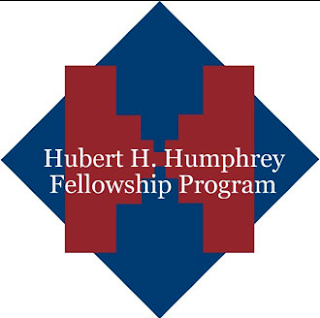 • Hubert Humphrey Fellows Gathering.  On Monday of this week, CESJ’s Directors of Communications and of Research attended the first-ever gathering of Hubert Humphrey Fellows from all over the world to put them together with potential sponsoring organizations to further their work and learn to apply their principles to make the world a better place.  There were a hundred and forty-nine Fellows in attendance, and the CESJ representatives were able to talk to a great many.  Most of the materials were distributed and a significant number of people interested in learning about how to apply Just Third Way principles in their own countries followed up with emails.  Most of the interest was in the area of central banking and monetary reform to provide adequate credit for private sector development in a way that has the potential not merely to stabilize a currency, but to make every child, woman, and man into a capital owner to supplement or even replace wages from labor and welfare from government. 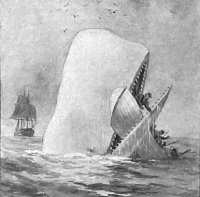 • Have Ye Seen the Great White?  Much to our surprise, the posting we put up this past Wednesday to mark the 3,000th blog posting was one of the more commented on, liked, and shared for quite some time.  This is surprising, for it was presented as a way of tying in the development of the idea of social justice with what was happening in the early nineteenth century in the United States and its portrayal in semi-fictional form in one of the contenders for the Great American Novel, Herman Melville’s Moby Dick, or, The Whale (1851).  It turns out that, considered as a satiric social commentary, Moby Dick just might give a better “feel” for the period than more modern and popular treatments.  It is at least something to think about. 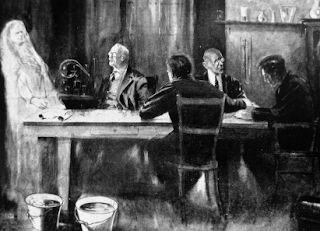 • America and the “New Things.”  Largely due to Halloween, of course, there was a flurry of stories in the media about “spooky things” that happened through history, largely in the United States, since that’s where Halloween seems to be the big thing.  Interestingly, there were a number of book reviews in the Wall Street Journal in the days leading up to Halloween covering the odd things going on in the United States prior to the Civil War, such as the numerous socialist religions, the rise of spiritualism, esotericism, neo-paganism, and even the Dawning of the Age of Aquarius in 1839.  All of this tends to corroborate our findings regarding the development of the concept of social justice to counter such “new things,” and even how social justice was hijacked and subsumed into the very new things it was intended to eliminate. 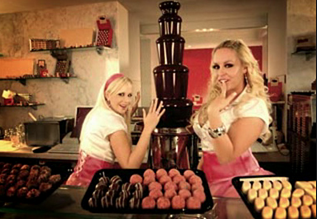 • Chocolate Apocolypse.  Everybody loves chocolate, even (or especially) people and dogs who cannot have it.  A few years ago on this blog we ran a two-part posting on the coming “Chocopalypse”: Chocopalypse Now, I: The Cocoa Crisis, and Chocopalypse Now, II: Making the World Safe for Chocolate.  Purely by coincidence this week (due to Halloween, no doubt, and the practice of distributing candy to socially acceptable and politically correct urchins of appropriate age), the Washington Post ran a multi-page feature on how African cocoa growers, particularly in Ghana and Cote d’Ivoire, are destroying the environment in their anxiety to increase cocoa production (Steven Mufson, “Despite Promises, Chocolate Is Still Fueling Deforestation,” The Washington Post, 10/31/19, A-1, A-8, A-10) . . . right after we had spoken to someone from Cote d’Ivoire and discussed the problem.  The fact is that expecting the world’s candy makers to correct the problem of decreasing yields and increasing desertification is barking up the wrong cocoa tree.  What is needed is massive systemic changes in local agriculture practices, economic institutions, government, and — especially — how cocoa production (and everything else) is financed.  The two links (above) about the Chocopalypse outline a possible solution that does not depend on forcing candy makers to do anything except help get the reforms started.  Once they are in place, everyone should realize they are to everyone’s advantage — and profit.
• Been There, Done That Department.  According to news reports, the Chinese government is working on turning the city of Shenzhen into a model socialist city.  The Chinese may want to rethink their strategy.  Back on April 27, 1960, there was a big riot in Nowa Huta, the easternmost district of the city of Kraków in Poland.  Nowa Huta was founded in 1949 as the model city for the development of Communist Man (and Woman).  What triggered the riot was when the authorities came to take down a wooden cross that had been “illegally” erected.  Previously they had torn down a temporary chapel on the site.  The first workers sent to remove the cross were driven off by women swinging purses, but when police and workers with heavy construction equipment arrived, fighting broke out, with some deaths and an estimated total casualties of a thousand people on both sides during “the Battle for the Cross.”  Only the intervention of the Auxiliary Bishop of Kraków, Karol Józef Wojtyła, stopped a bloodbath similar to what had happened a few years previously in Hungary.  Wojtyła’s talk to the people on that occasion is credited with being his first public declaration of the natural right of private property and the spark that led to the Solidarność movement twenty years later, and the fall of the Soviet Union ten years after that.  The lesson?  Natural rights such as life, liberty, private property, and freedom of conscience are an integral part of what it means to be a human being, and even the strongest authorities and even dictatorships should be careful about trying to change fundamental human nature. 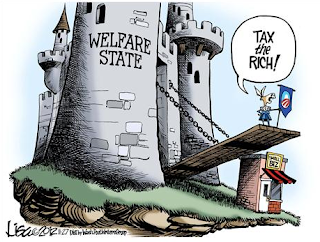 • Medicare for All.  Democratic presidential hopeful Elizabeth Warren has announced her plan to pay for covering all Americans with Medicare: tax the rich, tax the corporations, tax tax evaders, reduce estimates of the projected costs of the system, and cut the cost of government by reducing defense spending and increasing administrative efficiency.  A number of other Democratic presidential contenders have expressed doubts about the soundness of the proposal.  Perhaps a more viable alternative would be to make it possible for all Americans to afford private sector healthcare by opening up access to the opportunity and means for every child, woman, and man to become a capital owner through a program such as Capital Homesteading.
• Shop online and support CESJ’s work! Did you know that by making your purchases through the Amazon Smile program, Amazon will make a contribution to CESJ? Here’s how: First, go to https://smile.amazon.com/.  Next, sign in to your Amazon account.  (If you don’t have an account with Amazon, you can create one by clicking on the tiny little link below the “Sign in using our secure server” button.)  Once you have signed into your account, you need to select CESJ as your charity — and you have to be careful to do it exactly this way: in the space provided for “Or select your own charitable organization” type “Center for Economic and Social Justice Arlington.”  If you type anything else, you will either get no results or more than you want to sift through.  Once you’ve typed (or copied and pasted) “Center for Economic and Social Justice Arlington” into the space provided, hit “Select” — and you will be taken to the Amazon shopping site, all ready to go.
• Blog Readership.  We have had visitors from 28 different countries and 43 states and provinces in the United States and Canada to this blog over the past week. Most visitors are from the United States, Spain, Canada, Argentina, and India.  The most popular postings this past week in descending order were “A Whale of a Tale,” “Thomas Hobbes on Private Property,” “The Principles of Economic Justice,” “News from the Network, Vol. 12, No. 43,” and “JTW Podcast: Global Finance in Connecticut.”
Those are the happenings for this week, at least those that we know about.  If you have an accomplishment that you think should be listed, send us a note about it at mgreaney [at] cesj [dot] org, and we’ll see that it gets into the next “issue.”  Due to imprudent language on the part of some commentators, we removed temptation and disabled comments.
#30#
Posted by Michael D. Greaney at 6:00 AM