With all the hoopla over politics and economics these days, you’d think there would be something with some substance to it, but all we see is the same-old-same-old that does not get to the root of any of the problems or exhibit any respect for human dignity.  In any event, here are this week’s news items:


• June Woodman, R.I.P.  It is with deep sadness that we received word of the death of June Woodman, wife of long-time CESJ member and friend, Robert Woodman.  June died November 8, 2019 after a long illness.  Details can be found in her obituary by following this link.
• Retirement Blues and Qs. There has been a spate of articles recently on the internet about the benefits of retiring early and the perils of retiring early, often posted in various news feeds alternately.  This makes it rather difficult to make up your mind . . . as to whether the so-called experts can make up their minds!  Most of the “controversy” (and that’s pitching it very strongly for such a silly discussion) revolves around whether it’s better to kill yourself and act like Silas Marner denying yourself everything in your effort to accumulate a million dollars in order to retire at age forty and enjoy yourself . . . having forgotten how to enjoy yourself in your anxiety to save money as fast as possible.  A typical goal is to save 60-70% of your paycheck (presumably of the net, not the gross), forgoing everything unrelated to keeping body and soul together for another day to continuing striving for the Holy Grail of Savings.  Parties?  Nope.  Date night?  Are you out of your mind?  Vacations?  Hoot, mon, a sinful waste o’ pounds and pence.  Children?  Don’t be ridiculous!  Then suddenly you’re forty and you have the time you wanted, the money you sacrificed for . . . and have no desire to do any of the things for which you were saving.  Wouldn’t it be better to join with others and work for a Capital Homestead Act that would allow you to “save” for investment without reducing your consumption or forgoing reasonable pleasures before you no longer find them pleasurable?
• Social Justice Definition.  It becomes clearer every day that many people continue to think that social justice is somehow a substitute for individual justice and charity.  That idea completely misses the breakthrough that Pope Pius XI made in the area of moral philosophy.  Social justice is not a substitute for individual justice and charity, but enables individual justice and charity to function.  To call, for example, payment of a just wage "social justice" is to misunderstand social justice at the most fundamental level.  Social justice is not, as many seem to assume, a new term for socialism, but a virtue directed specifically to the common good, that vast network of institutions within which human beings as "political animals" acquire and develop virtue and thereby become more fully human.  Both "democratic socialism" and "democratic capitalism" — by whatever name they are known (and the variations are endless) — completely miss the point of social justice.  It is not mere philanthropy or (when the rich fail to divest themselves of their wealth voluntarily) coercive redistribution, even though those have limited applications under the principle of double effect (very limited).  Social justice is not directed at the good of individuals at all, regardless of the number we are talking about.  No, social justice is directed to the good of institutions, not individuals, and affects individual good only indirectly.
• Fight for $15.  Although they are working very hard to muffle the downside, the New York Times has come very close to admitting that the push to raise the minimum wage to $15.00 nationwide might not be such a good thing.  While in the short term border businesses in New York state, especially the Pennsylvania border area, are not seeing too much of a downturn in restaurants and other businesses in the service industry (and some claim business is booming), those engaged in production are reporting decreased profits and loss of business in response to the higher cost of doing business, and business owners overall are certain that in the mid- to long-term they will see a flight of businesses and jobs to places like Pennsylvania and North Carolina.  What the whole movement to increase the minimum wage to increase real income does not take into account is that the people most hurt by rising costs of wages are the people it is intended to help.  No one appears to appreciate what the labor statesman Walter Reuther stated in his testimony before Congress, that raising fixed costs like wages hurts everyone, but that taking increases out of profits as owners increases real income without increasing costs. 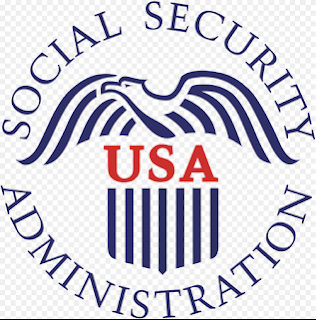 • Social Security COLA. While the usual rhetoric about Social Security almost always includes the mantra, “It’s my money, I paid it in,” the fact is that in 1960 in Fleming v. Nestor the Supreme Court of the United States upheld the original Social Security Act of 1935 as passed by Congress that gives Congress the right to adjust benefits at any time.  The Supreme Court specifically ruled that participants in the Social Security system do not, repeat, do not have ownership of what is credited to their accounts.  If you look closely, you will also notice that the money you pay into the system is a tax and not a “contribution.”  You do not continue to own the taxes you pay to government.  You do own any contributions you pay into a qualified retirement plan.  The reason for bringing this up is that many people are becoming upset that Congress might not increase Social Security benefits to adjust for the rising cost of living, the now-expected “Cost Of Living Adjustment” or COLA, and they are irate.  It’s “their money,” they argue, and Congress is a thief for withholding it . . . forgetting that in many cases most people receive more out of Social Security than they paid in.  The only real solution, of course, is to return Social Security to its original purpose of a social safety net — after keeping all current promises — but make the proposed Capital Homestead Act the core around which to build individual savings and investment, not only for retirement, but for everyday consumption income.
• Shop online and support CESJ’s work! Did you know that by making your purchases through the Amazon Smile program, Amazon will make a contribution to CESJ? Here’s how: First, go to https://smile.amazon.com/.  Next, sign in to your Amazon account.  (If you don’t have an account with Amazon, you can create one by clicking on the tiny little link below the “Sign in using our secure server” button.)  Once you have signed into your account, you need to select CESJ as your charity — and you have to be careful to do it exactly this way: in the space provided for “Or select your own charitable organization” type “Center for Economic and Social Justice Arlington.”  If you type anything else, you will either get no results or more than you want to sift through.  Once you’ve typed (or copied and pasted) “Center for Economic and Social Justice Arlington” into the space provided, hit “Select” — and you will be taken to the Amazon shopping site, all ready to go.
• Blog Readership.  We have had visitors from 28 different countries and 34 states and provinces in the United States and Canada to this blog over the past week. Most visitors are from the United States, India, Canada, the United Kingdom, and Russia.  The most popular postings this past week in descending order were “Thomas Hobbes on Private Property,” “Just Third Way Video,” “News from the Network, Vol. 12, No. 45,” “Never is a Long Time,” and “The Pons Asinorum of Binary Economics.”
Those are the happenings for this week, at least those that we know about.  If you have an accomplishment that you think should be listed, send us a note about it at mgreaney [at] cesj [dot] org, and we’ll see that it gets into the next “issue.”  Due to imprudent language on the part of some commentators, we removed temptation and disabled comments.
#30#
Posted by Michael D. Greaney at 6:00 AM