In the form of liberal democracy — the “American” kind that puts sovereignty in the human person as the highest temporal expression of human dignity, not into government (local or otherwise) or into an élite — the concept of subsidiarity has been around since Adam.  It is an application of the natural right of liberty (free association or contract) which necessarily implies that control over someone’s life is vested in the person whose life it is.


This extends to the “life” of the body politic.  Control over local matters should be in the hands of whatever authority is “closest” to whatever is being controlled.  Thus, the principle of subsidiarity holds that control over my life should be vested in me, control over my family should be vested in my family, over my neighborhood in me and my neighbors, over my workplace in me and my fellow workers, and so on, up the scale of the levels of the common good.
(The terms “up” and “down” as well as “higher” and “lower” in reference to the common good and its hierarchical structure should not be taken as implying that “up” and “higher” are somehow better than “down” or “lower.”  These terms are used in this way only because it is customary usage.  If the convention was that the more local or closest levels of the common good were portrayed graphically as above the most distant or more removed levels of the common good, then we would refer to the individual as the highest level of the common good, and the world community as the lowest, which actually conforms more closely to a personalist understanding.) 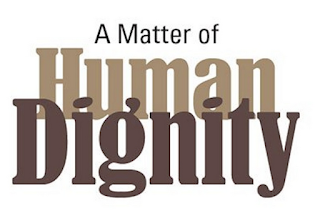 It is a serious breach of the principle of subsidiarity for me to control your life, for my neighbors to control my family, for workers not to own a share of the enterprise that employs them, or for citizens not to have a say-so in their own government.  Equally serious is when “higher” levels of the common good take over functions of the “lower” levels as a solution to the failure or the refusal of the lower levels to function effectively.
The key to understanding the theory and practice of subsidiarity, then, is the same as it is for understanding the application of everything else related to the common good, whether directly or indirectly: does it enhance or undermine human dignity?
We do not mean “human dignity” in a vague or collectivist sense, nor in an overly particular individualistic sense, although we can be very precise in our definition as far as it goes.  “Human dignity”
What is “dignity”?  Dignity is the “quality or state of being worthy, honored, or esteemed.”  (“Dignity,” Meriam-Webster Dictionary.)  In Thomist philosophy, every single human being, by virtue of his or her existence as a human being, is automatically a person, and therefore “worthy, honored, or esteemed” . . . or should be. 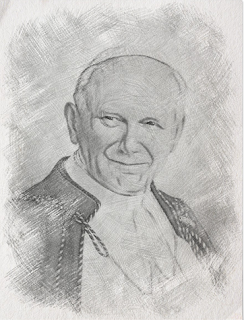 This definition is reflected in the concept of “personalism,” which itself has evolved along somewhat divergent paths.  As developed by Pope John Paul II within the framework of Aristotelian-Thomist philosophy, personalism can be used to describe any school of thought, or any intellectual movement that focuses on the reality of the human person and each person’s unique dignity. (Thomas D. Williams, L.C., “What is Thomistic Personalism?” Alpha Omega, Vol. VII, No. 2, 2004, 164.)
Bound by the absolutes of the natural law, this “Thomistic personalism” is critically important for moral, spiritual, and even material development.  Outside the parameters established by the natural law, however, personalism becomes invalid, even anti-human.  It descends into moral relativism, and ultimately nihilism.
Personalism recognizes a radical distinction between persons and things, the latter category consisting of other beings and non-persons. (Ibid., 179.)  Keeping in mind that a corporation is a “legal fiction” adopted for expedience that is not a true person but a thing, the distinction between persons and things in personalism opposes what may be one of the most serious philosophical, even economic and political errors of the modern age, and one that has inhibited or prevented people from understanding social justice.  That is the failure to distinguish between actual human persons and the abstraction (a thing) of collective humanity or “the People.” 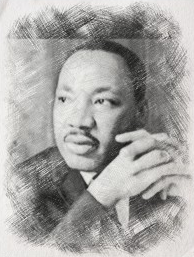 Although coming from a different religious and philosophical tradition, the personalism of Dr. Martin Luther King, Jr. supports the Thomist focus on the dignity of the human person.  To King, personalism was valuable as a practical means of eradicating injustice, especially as it related to racism, but always consistent with the demands of human dignity and the principles of natural law. (Rufus Burrow, Jr., God and Human Dignity.  Notre Dame, Indiana: University of Notre Dame Press, 2006, 69.)
Simply imposing desired results regardless of the means was not King’s objective, nor would this have been consistent with his moral and political sense.  King’s personalism was grounded on his acceptance of a transcendent God Who, nevertheless, has a personal relationship with His special creation, man. (Ibid., 70.)
For King, applying personalist principles involved introducing changes to the social order by reforming institutions.  This was by means of organized actions for the common good, what in the social doctrine of the Catholic Church are called “acts of social justice.”  The goal of an act of social justice is to reform institutions to make it possible for people to live virtuously.
Human dignity is therefore key to understanding the principle of subsidiarity as well as social virtue.  It derives from the unique value every child, woman, and man has by the mere fact of being a human person.  Respect for human dignity, therefore, is not a vague feeling of liking, admiration, or veneration, such as some individuals or groups accord others.  That sort of thing is based on something other than mere humanity, such as wealth, poverty, race, religion, or sexual orientation, the type of prejudgments both John Paul II and King explicitly repudiated.  (Ibid., 165.)  Rather, respect for human dignity is realized through recognition and protection of the sovereignty of each human person as a person under the ultimate sovereignty of God.
Nor is “sovereignty” a mere platitude.  In this context, sovereignty refers to power over one’s life.  Specifically, sovereignty of the human person consists of the ability to exercise one’s natural, inalienable rights, especially life, liberty, and private property.  Through the exercise of rights, people become more fully human by acquiring and developing virtue.  Anything that interferes with the legitimate exercise of individual rights within the framework of the common good therefore violates the principle of subsidiarity, and is socially unjust.
#30#
Posted by Michael D. Greaney at 6:00 AM