Although there are more spectacular problems in the world, one of the more fundamental ones is the question of how people without capital ownership can become capital owners without harming anyone else.  As regular readers of this blog are aware, this can not only be done without harm, but in a way that benefits everyone by reforming the monetary, tax, and ownership structures in society.  So today we present a few thoughts on the subject: 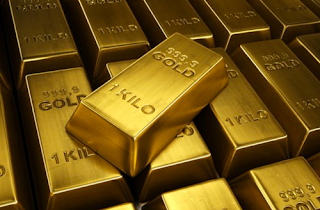 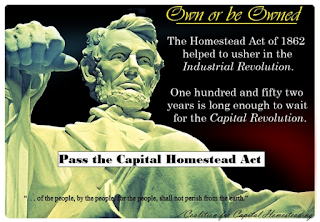 • Reparations, Part II. One possibility that no one seems to be considering as an acceptable form of reparations for currently unjust social structures that affect everyone adversely, is removing barriers that prevent full access to the common good by everyone.  This, as thoughtful people throughout the ages have noted, requires capital ownership.  That being the case, it makes sense that the best and most effective form of reparations for current injustice is to figure out a way to make everyone a capital owner — without taking anything away from existing owners except a monopoly over future ownership opportunities.  This can be done with a Capital Homesteading program.
• Shop online and support CESJ’s work! Did you know that by making your purchases through the Amazon Smile program, Amazon will make a contribution to CESJ? Here’s how: First, go to https://smile.amazon.com/.  Next, sign in to your Amazon account.  (If you don’t have an account with Amazon, you can create one by clicking on the tiny little link below the “Sign in using our secure server” button.)  Once you have signed into your account, you need to select CESJ as your charity — and you have to be careful to do it exactly this way: in the space provided for “Or select your own charitable organization” type “Center for Economic and Social Justice Arlington.”  If you type anything else, you will either get no results or more than you want to sift through.  Once you’ve typed (or copied and pasted) “Center for Economic and Social Justice Arlington” into the space provided, hit “Select” — and you will be taken to the Amazon shopping site, all ready to go.
• Blog Readership.  We have had visitors from 31 different countries and 41 states and provinces in the United States and Canada to this blog over the past week. Most visitors are from the United States, Canada, Spain, India, and the United Kingdom.  The most popular postings this past week in descending order were “News from the Network, Vol. 12, No. 27,” “When Did Notre Dame Become Notre Dumb?,” “America Delenda Est?” “Why Did Nixon Take the Dollar Off the Gold Standard?” and “More from Mortimer!”
Those are the happenings for this week, at least those that we know about.  If you have an accomplishment that you think should be listed, send us a note about it at mgreaney [at] cesj [dot] org, and we’ll see that it gets into the next “issue.”  Due to imprudent language on the part of some commentators, we removed temptation and disabled comments.
#30#
Posted by Michael D. Greaney at 6:00 AM