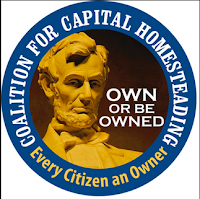 It might be something of a paradox, but it is something to consider.  If every country in the world had a “Capital Homesteading” program or the equivalent, it is possible that there would be more jobs created than there would be people to fill them.  Instead of discouraging immigration, countries would be encouraging it in order to get enough workers.  At the same time, countries would also encourage people to remain at home in order not to decrease the workforce and discourage emigration.  All of a sudden, countries would be competing to see which one could offer the best incentives to come and stay in their country.  It’s at least something to think about:


• Demographic Disaster?  New census figures show an aging population for the United States, which bodes ill for the continued viability of such programs as Social Security.  Right now there are about twenty-five Americans of retirement age for every hundred between the ages of 18 and 64.  That’s about a 4 to 1 ratio, which is much better than, say, that of Japan.  Forecasts put those figures shifting to thirty-five per hundred by 2030, a significant drop in the ratio to under 3 to 1.  Comparing this to the official ratios for the Social Security System of people paying in to those receiving benefits gives a much gloomier figure.  In 1940 as the system was still gearing up after its start five years previously, the ratio was a very comfortable (and comforting) 159.4:1.  In 1945, it was an unalarming 41.9:1.  Five years later it was getting into worrisome territory at 16.5:1.  By 2013, the last year for which figures are posted on the SSA website, it had fallen to a very alarming 2.8:1.

• Capital Homesteading the Answer?  The fall in the ratio of people paying in to the Social Security System to recipients is blamed on two factors.  These are, one, declining birth rates and, two, a crackdown on immigration.  Evidence suggests that a program such as Capital Homesteading that would enable people to take care of their own consumption needs out of their own resources — and revise the whole idea of “retirement” — would either minimize this problem or eliminate it completely.  Social Security, after all, was never meant to be a total provision for someone’s retirement, nor was it intended to cover everyone.  That just sort of happened.  It was supposed to be a social safety net.  Having people pay into an entirely separate system to fund it was a way of “selling” a government pension program by making it look like a savings program.  If you read the original literature carefully, though (and know something about retirement law), it is clearly evident that is not the case.  The money people pay in is not a “contribution,” it is a “tax.”  That means they no longer own it; the government does.  There was even a landmark Supreme Court case, Flemming vs. Nestor (1960) that explained to Ephraim Nestor that, contrary to his belief, he did not have private property in the money he had paid in.  A Capital Homesteading Account, however, would be something that a person does, in fact, own as private property, and which would be at his or her full disposal. 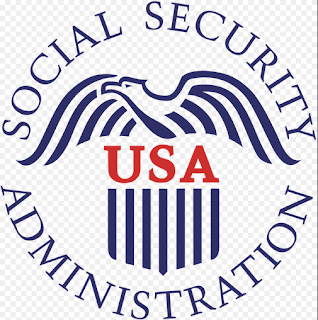 • DOL Fiduciary Rule Bites the Dust.  The Fifth Circuit on Thursday “vacated” the U.S. Department of Labor’s controversial 2016 fiduciary rule, issuing a mandate three months after a divided panel invalidated it.  While popular with groups ostensibly protecting retirees and workers, the rule imposed heavy financial burdens especially on benefit plans for small companies, forcing them in some cases to abandon a qualified retirement plan.  This might not sound like such a big deal, but given the projected strain on the Social Security Administration and the fact that most of the enterprises in the United States are “small” companies, anything that inhibits or precludes private initiative in preparing for retirement is self-defeating if the goal is to increase workers’ security.
• Aspen Institute Work and Wealth.  On Monday the CESJ core group attended a presentation of a report on “Work and Wealth” at the Aspen Institute branch in Washington, DC.  The seminar, while professional and well-presented, did not reveal anything new in the way of suggested solutions.  During the informal discussion period following the program a number of people expressed interest in CESJ’s approach, but there has not been enough time go by to see if anyone will follow up.
• Shop online and support CESJ’s work! Did you know that by making your purchases through the Amazon Smile program, Amazon will make a contribution to CESJ? Here’s how: First, go to https://smile.amazon.com/.  Next, sign in to your Amazon account.  (If you don’t have an account with Amazon, you can create one by clicking on the tiny little link below the “Sign in using our secure server” button.)  Once you have signed into your account, you need to select CESJ as your charity — and you have to be careful to do it exactly this way: in the space provided for “Or select your own charitable organization” type “Center for Economic and Social Justice Arlington.”  If you type anything else, you will either get no results or more than you want to sift through.  Once you’ve typed (or copied and pasted) “Center for Economic and Social Justice Arlington” into the space provided, hit “Select” — and you will be taken to the Amazon shopping site, all ready to go.
• Blog Readership.  We have had visitors from 25 different countries and 38 states and provinces in the United States and Canada to this blog over the past week. Most visitors are from the United States, France, Peru, United Kingdom, and Australia.  The most popular postings this past week in descending order were, “Meet the Republican Candidates . . . for 1912,” “Is There an Alternative to Tariffs?” “News from the Network, Vol. 11, No. 24,” “The Just Third Way Podcast, No. 23,” and “Is Government Money Real Money?”
Those are the happenings for this week, at least those that we know about.  If you have an accomplishment that you think should be listed, send us a note about it at mgreaney [at] cesj [dot] org, and we’ll see that it gets into the next “issue.”  If you have a short (250-400 word) comment on a specific posting, please enter your comments in the blog — do not send them to us to post for you.  All comments are moderated, so we’ll see it before it goes up.
#30#
Posted by Michael D. Greaney at 12:26 PM