Theodore Roosevelt, Jr. described himself as a “Lincoln Republican.”  That term means pretty much anything someone wants today, but back in Roosevelt’s day it meant something specific: government of the people, by the people, and for the people.  When most people owned a small farm or business or were wage workers socially and economically not too different from owners and managers, society was more egalitarian.


That is, before the Civil War.  North or South, with one glaring exception, society was democratic — with a small d.  The new Republican party was for the “little guy,” for fundamental human rights such as life, liberty, and private property.  The Democratic party (capital D), on the other hand, was elitist, justifiably so in their opinion.
This is easy to explain.  Today’s Republican/corporate greed mindset is sometimes epitomized by misquoting Charles Erwin Wilson’s statement before the Senate Armed Services Committee when he agreed to divest himself of his GM stock when nominated for Secretary of Defense to avoid a conflict of interest.
Wilson said he had not done so before because he hadn’t seen the potential for any problems: “I thought what was good for our country was good for General Motors, and vice versa.”  This apology is always turned into a boast presumably indicative of corporate (and thus Republican) greed: “What’s good for GM is good for America.”
From 1803 to 1937, however, when cotton was the single largest export from the United States, there was an unapologetic boast that many people in the United States could and did make, and which led to the Civil War: “What’s good for cotton is good for the country.”  Prosperity was believed to rely absolutely on cotton — and prior to the Civil War cotton was believed to rely absolutely on chattel slavery.  Just ask David Christy or read his 1855 book, Cotton is King. 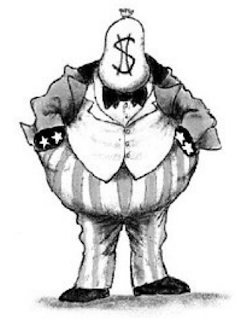