Despite what is normally a slow period for news, some interesting things are happening around the world in the Just Third Way network and beyond.  These range from minor matters such as meetings, to important breakthroughs in historical research on the development of the concept of social justice.  There is also a bit or two on the need to work for a more equitable distribution of the world’s wealth, but without harming the rights of anyone:


• CESJ Monthly Meeting.  Due to various factors, including the fact that the CESJ core group is attending a seminar on Monday evening, June 18, the CESJ monthly meeting has been postponed until Monday, June 25.  Notices will be sent out to inform people on the mailing list of the change. 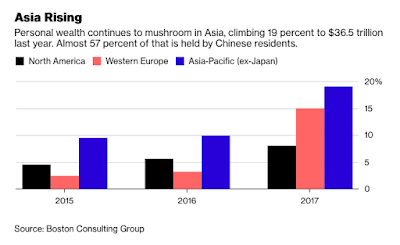 • Wealth Becoming More Concentrated.  According to a recent study by the Boston Consulting Group, wealth is becoming increasingly concentrated at an accelerating rate.  The amount of wealth held directly by individuals reached $201.9 trillion last year.  This is a 12% increase from 2016 and the fastest increase in the last five years, with most of it going to countries in Asia, exclusive of Japan (meaning it’s going primarily to China).  The amount held by millionaires and above is up from under 45% in 2012 to nearly half.  Of course, the experts hasten to add that the poor are also better off; it’s just that the rich are getting richer at a much faster rate.  Per capita, of course, the amount by which the wealth held by people of under $1 million in net worth is negligible, and even that is going to people with a net worth nearing $1 million, meaning that the real poor are actually worse off than before.
• Cardinal Newman versus the Socialists?  As the result of a chance remark by CESJ’s intern, new information regarding the attacks by the Rev. Charles Kingsley (1819-1875) on John Henry Cardinal Newman (1801-1890) has been uncovered.  It turns out that the vicious attacks made by Kingsley to (in Kingsley’s words) pay off an old “score” and that resulted in Newman’s Apologia Pro Vita Sua (1864), may have been motivated more by Newman’s repudiation of liberal Christianity and socialism than by Newman’s conversion to Catholicism.  According to the Rev. Moritz Kaufmann (1839-1920) in his book Christian Socialism (1888), Kingsley and Hugues-Félicité Robert de Lamennais (1760-1854) were among the leading socialist thinkers in England and France, respectively.  Kaufmann hinted that Kingsley was a follower of de Lamennais.  While still a member of the Church of England, Newman wrote a somewhat favorable essay about de Lamennais and liberalism of the European type, which he retracted in print after becoming a Catholic (John Henry Cardinal Newman, Essays Critical and Historical, Volume I.  London: Longmans, Green, and Co., 1897, 173-178).  Kingsley’s vague accusations about Newman’s alleged dishonesty and lying published in Macmillan’s Magazine in 1864 may have resulted more from Newman’s abandoning any accommodation to Kingsley’s “New Christianity” (“Muscular Christianity”) than from Newman’s conversion itself.  Interestingly, although Freiherr Wilhelm Emmanuel von Ketteler, Bishop of Mainz (1811-1877), was an active opponent of socialism and strictly orthodox in his religious thought, Kaufmann declared he was one of Germany’s leading socialist thinkers, a liberal, and a Neo-Catholic! 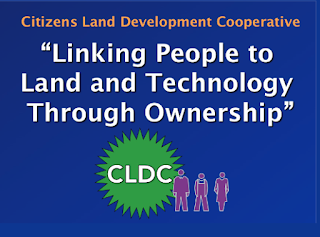 • Cooperative Land Reform.  An article in the Wall Street Journal of June 14, 2018, “South Africa’s Difficult Question: Who Gets the Land?” (A12), illustrates the problems inherent in avoiding a Just Third Way solution that takes into account the rights of everyone.  Given the fluid condition of land tenure throughout much of Africa, it would make sense to implement something along the lines of a Citizens Land Development Cooperative to make everyone in the region a direct owner of an equal share of the land and natural resources.  That avoids concentration of ownership in the hands of a few, as well as the injustice of State ownership.
• Shop online and support CESJ’s work! Did you know that by making your purchases through the Amazon Smile program, Amazon will make a contribution to CESJ? Here’s how: First, go to https://smile.amazon.com/.  Next, sign in to your Amazon account.  (If you don’t have an account with Amazon, you can create one by clicking on the tiny little link below the “Sign in using our secure server” button.)  Once you have signed into your account, you need to select CESJ as your charity — and you have to be careful to do it exactly this way: in the space provided for “Or select your own charitable organization” type “Center for Economic and Social Justice Arlington.”  If you type anything else, you will either get no results or more than you want to sift through.  Once you’ve typed (or copied and pasted) “Center for Economic and Social Justice Arlington” into the space provided, hit “Select” — and you will be taken to the Amazon shopping site, all ready to go.
• Blog Readership.  We have had visitors from 28 different countries and 42 states and provinces in the United States and Canada to this blog over the past week. Most visitors are from the United States, France, Peru, United Kingdom, and Canada.  The most popular postings this past week in descending order were, “News from the Network, Vol. 11, No. 23,” “Pure Money,” “Freedom and Justice for All,” “Why Not Ownership?” and “Thomas Hobbes on Private Property.”
Those are the happenings for this week, at least those that we know about.  If you have an accomplishment that you think should be listed, send us a note about it at mgreaney [at] cesj [dot] org, and we’ll see that it gets into the next “issue.”  If you have a short (250-400 word) comment on a specific posting, please enter your comments in the blog — do not send them to us to post for you.  All comments are moderated, so we’ll see it before it goes up.
#30#
Posted by Michael D. Greaney at 12:13 PM