And What IS Money?

Back in 1912 people were demanding reform of the financial system as a result of the Panics of 1893 and 1907.  The problem was that few people demanding reform had a good grasp of what money actually is.  Having looked into why we think Modern Monetary Theory (MMT) does not give a good — or even coherent — definition of money, today we will look at a Just Third Way understanding of money. 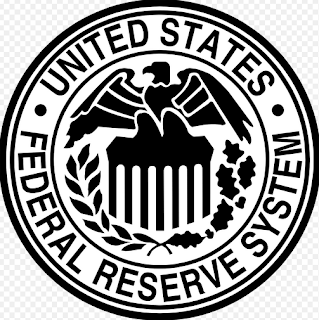 A commercial bank would accept a contract for a loan — “paper” — from a Homesteader, “buying” it by issuing a promissory note.  The bank would then immediately sell its paper to one of the twelve regional Federal Reserve banks.  The Federal Reserve would issue its own promissory notes to back newly printed currency or new demand deposits that would be handed over to the Homesteader to purchase the shares he or she wants to buy.
When the shares pay dividends, the Homesteader would use the dividends first to repay the loan used to acquire the shares.  The Federal Reserve would cancel the money, thereby avoiding inflation.  The Homesteader would then have dividend income to use for consumption needs.  (More about this can be found on the CESJ website, www.cesj.org, under the heading “Capital Homesteading.”)
In this way the Federal Reserve System would create an asset-backed currency that increased or decreased as the need for money increased or decreased, avoiding deflation or inflation.  At the same time, it would rapidly increase the number of capital owners in the country, while decreasing the wealth and income gap.
It would also decrease the role of the State in taking care of people as they are able to take care of themselves.  As the loans were repaid, the currency would be taken out of circulation, or the demand deposits “erased” from the books.  This would remove money from the economy that was not linked directly to hard assets.
Although no actual teller’s window exists where commercial banks stand in line to sell loan paper to the Federal Reserve, the transaction is described as taking place at “the discount window”(the process is actually rediscounting, but it’s called the discount window).  When the “discount window” is “open, ”commercial banks can sell their “qualified industrial, commercial and agricultural paper” to the central bank.  When the “discount window” is “closed, ”commercial banks must go elsewhere to obtain excess reserves to lend, or cease making loans.
Thus, the establishment of the Federal Reserve really did have the potential to become an “Economic Fourth of July” . . . assuming the economy grows faster in ways that every citizen can earn more wages and profits to purchase what the economy can produce.  Without that, the social good of money and credit will keep being used to make the rich richer and keep the non-rich property-less and powerless.
#30#
Posted by Michael D. Greaney at 6:00 AM