As the summer days get longer (depending on when your summer begins), so do some of the news items affecting the Just Third Way and the philosophy (so to speak) of economic personalism.  This would seem to be appropriate as the world situation becomes more critical:


• Universal Basic Income.  This week we received a letter from CESJ Stalwart Barbara O., who told us of a book by Andrew Yang, The War on Normal People: The Truth About America’s Disappearing Jobs and Why Universal Basic Income is Our Future (2018).  The premise is that technological displacement is the cause of all social ills, from unemployment (obviously), to drug abuse, crime, etc., so on, so forth.  As the book blurb explains, “In The War on Normal People, Yang imagines a different future — one in which having a job is distinct from the capacity to prosper and seek fulfillment. At this vision's core is Universal Basic Income, the concept of providing all citizens with a guaranteed income-and one that is rapidly gaining popularity among forward-thinking politicians and economists. Yang proposes that UBI is an essential step toward a new, more durable kind of economy, one he calls ‘human capitalism.’”  It appears that — according to Yang — the way for people to lead productive and virtuous lives is to stop being productive and seek self-fulfillment.  We, of course, advocate that people become productive by owning capital, not by retreating from the duty of becoming a productive member of society. 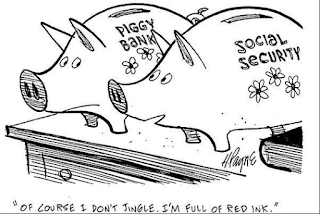 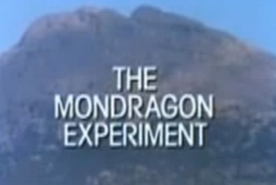 • Analysis of Mondragon.  A recent analysis of the Mondragon Cooperatives in the Basque Region of Spain made some interesting points.  Far from being a New Age Utopia or quasi-socialist Workers Paradise, Mondragon has some often-overlooked strengths and weaknesses that could raise a few eyebrows or even cause a few shocked looks among Fabians ’n friends.  For example, while frequently touted as a model of a local economy within the “small is beautiful” paradigm, Mondragon is inextricably tied in to the global economy.  Most of what it produces in its large factories — not small cottage industries or artisan workshops — is for export to the rest of the European Union.  There is also something of a casual disregard of the environment and the rights of foreign workers and women, who are usually denied ownership rights or treated as second class citizens.  Being based on the past savings model, profits are retained to finance new capital formation instead of being distributed to the workers, with the result that most workers do not receive much if anything in addition to their wages, requiring two-wage-income families instead of a single wage paycheck, but multiple ownership dividend checks.  In addition to a number of other weaknesses, the program only covers workers, giving them inadequate wage incomes instead of supplementing it with ownership incomes for everyone.  Given those easily corrected flaws, however, Mondragon remains a good model that, however, could use improvement. 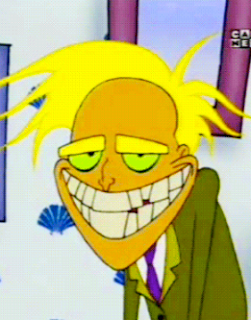 • Shop online and support CESJ’s work! Did you know that by making your purchases through the Amazon Smile program, Amazon will make a contribution to CESJ? Here’s how: First, go to https://smile.amazon.com/.  Next, sign in to your Amazon account.  (If you don’t have an account with Amazon, you can create one by clicking on the tiny little link below the “Sign in using our secure server” button.)  Once you have signed into your account, you need to select CESJ as your charity — and you have to be careful to do it exactly this way: in the space provided for “Or select your own charitable organization” type “Center for Economic and Social Justice Arlington.”  If you type anything else, you will either get no results or more than you want to sift through.  Once you’ve typed (or copied and pasted) “Center for Economic and Social Justice Arlington” into the space provided, hit “Select” — and you will be taken to the Amazon shopping site, all ready to go.
• Blog Readership.  We have had visitors from 41 different countries and 42 states and provinces in the United States and Canada to this blog over the past week. Most visitors are from the United States, United Kingdom, Peru, Canada, and Kenya.  The most popular postings this past week in descending order were, “The First Problem Principle of MMT,” “Why Not Ownership?” “Thomas Hobbes on Private Property,” News from the Network, Vol. 11, No. 22” and “Theodore Roosevelt and the Crisis.”
Those are the happenings for this week, at least those that we know about.  If you have an accomplishment that you think should be listed, send us a note about it at mgreaney [at] cesj [dot] org, and we’ll see that it gets into the next “issue.”  If you have a short (250-400 word) comment on a specific posting, please enter your comments in the blog — do not send them to us to post for you.  All comments are moderated, so we’ll see it before it goes up.
#30#
Posted by Michael D. Greaney at 10:59 AM