Hurricane Maria wreaked what the news services are calling unprecedented devastation on Puerto Rico and other islands in the Caribbean, and for once it is not the usual media hype and hyperbole.  Agriculture, infrastructure, and anything else you care to name is in ruins.  Added to what happened already in the Virgin Islands, the situation in Cuba, Venezuela, etc., etc., etc., and a virtually endless catalogue of catastrophe, as soon as the politicians stop wringing their hands and trying to find someone to blame, there is going to be the need for a comprehensive plan to rebuild not just Puerto Rico, but the entire region.


Ironically, efforts have been made for decades to implement a program designed to revitalize the region economically, primarily to counter the spread of socialism, but also to make humanitarian aid efforts far more cost effective, even profitable to the ordinary people who live there, instead of a political or economic élite.
It was, in fact, as early as 1983 that Dr. Norman G. Kurland, who would one day become president of the all-volunteer, non-profit think tank, the interfaith Center for Economic and Social Justice (CESJ), published a “strategy paper” outlining a possible program that would establish and maintain a regional economy that would work for people, not just politicians and corporations.  The paper, “Project Economic Justice: A Beachhead for Regional Infrastructural Reform,” was prepared at the request of Dr. Norman Bailey, then Chief Economist for International Economic Affairs of the National Security Council under President Ronald Reagan.
Kurland’s paper was the seed from which, in 1985, CESJ members initiated the Congressional legislation that created President Reagan’s “Presidential Task Force on Project Economic Justice.”  This 1986 bipartisan task force — funded entirely with private donations without one cent of taxpayer money — offered a revolutionary regional strategy of expanded capital ownership for economic revitalization in Central America and the Caribbean.
Once the Task Force completed its work in 1987, CESJ representatives presented the Task Force report, High Road to Economic Justice, to President Reagan and His Holiness Pope John Paul II.  CESJ’s compilation, Every Worker an Owner, served as the orientation book for the task force. This book was later translated into Polish and 40,000 copies were distributed throughout Solidarity channels in Poland, prior to the collapse of the Soviet system. 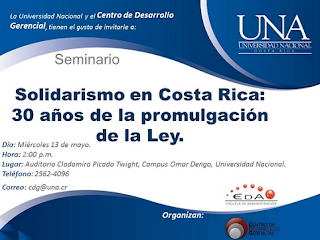 With the collapse of the Soviet Union, the project was shelved, although a great deal of interest was shown by the government of Costa Rica and the Movimiento Solidarista Costarricense, and a number of elements of the program instituted.  (The financing by “pure credit” was not instituted, which inhibited the effectiveness of the effort.)
The program, however, is more applicable today than ever before, and answers the question as to how to rebuild the region in ways that not only do not put a burden on taxpayers, but are designed to be profitable in ways that benefit the ordinary citizen.  This is not through “jobs and welfare,” but through “jobs and ownership.”
Tomorrow we will begin posting extracts from Kurland’s strategy paper, and conclude in a few weeks by giving the full text of President Reagan’s speech on Project Economic Justice, delivered on August 3, 1987 at the White House in Washington, DC.
Readers should feel free to send links to the strategy paper and President Reagan’s speech to their networks as well as their Representatives and Senators.
#30#
Posted by Michael D. Greaney at 6:00 AM