What with the surge in natural disasters, news on the Just Third Way front has slowed somewhat.  Still, there are a number of things that have been happening that suggest things may eventually be turning from the wrong way, to the Just Third Way: 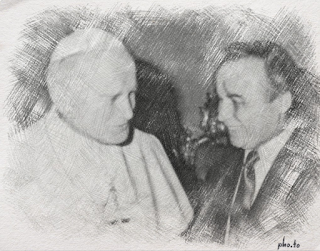 • The Just Third Way Hour.  This past Monday Dr. Norman G. Kurland made his tenth appearance on “The Just Third Way Hour” to people throughout Asia, the Pacific Rim, the Middle East, and Africa.  Statistics on the audience were not available today (we’ll include them in next week’s report), but we do know that there were more in the Philippines than last week, and during the show nearly twenty messages were received commenting positively on the broadcast.  This show emphasized the problems associated with the State taking over more of people’s lives instead of empowering people to take care of themselves.  The natural way for people to take care of themselves, of course, is through direct capital ownership; as Daniel Webster noted, “Power naturally and necessarily follows property.”
• Thomas “TK” Kleiner of Webster University has put in an application for CESJ Research Fellow.  Tom’s area is Justice-Based Management.  TK hopes to co-author some papers expanding understanding of this essential adjunct of the Just Third Way.
• The Lancaster (Pennsylvania) Newspapers (“LNP”) report that four start-ups are in the final competition for $100,000 in financing.  While this sounds good, it suggests that the U.S. economy may be in much more trouble than the vaunted “recovery” from “the Great Recession” [sic] that has benefitted fewer people than is generally believed would suggest.  Entrepreneurship should not be the object of a contest.  A truly just and living economy would make it possible for every financially feasible business to obtain all the credit it needs, as described by Dr. Harold G. Moulton in The Formation of Capital (1935), an alternative to the Keynesian New Deal, extended in ways that create more owners of capital as proposed by Louis O. Kelso.
• Red Star Over Bethlehem.  The first draft of Red Star Over Bethlehem (and there may be a contest to see if there is a better title out there, somewhere) is complete, and has been sent to a few selected readers for proofing and comment.  As we hope to put this book on the fast track, we are, of course, hoping that there aren’t too many corrections or suggested changes. . . .
• The Philosophy of Common Sense. If it escaped the attention of readers of this blog, CESJ operates from an Aristotelian-Thomist orientation.  That means we accept as a given that “man is by nature a political animal” . . .  and, yes, that includes children and women, too.  Some commentators, however, shut off what they hear from CESJ on the grounds that government is an unnecessary parasite on society, and that the only just tax is no tax.  Others don’t go quite that far and, thinking that you can pay taxes with something other than income, assert that the income tax is inherently unjust . . . which doesn’t make sense, since all taxes are, ultimately, income taxes . . . what else are you going to pay them with?  In any event, we few the State as a necessary, if very dangerous tool, and misusing it by loading it with unnecessary functions or abolishing it leads to things much worse than an income tax. 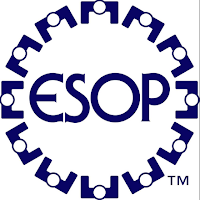 • Double Taxation of Corporate Profits.  An article in yesterday’s Wall Street Journal, “Cut Business Taxes for the 99.9%” by Juanita D. Duggan, president of the National Federation of Independent Business, make some excellent points . . . except that it stopped short of a way to eliminate taxes for 99.9% (if not 100%) of businesses, not just reduce them.  Even after all these years, most people are still unaware of the fact that businesses that are owned 100% by the workers pay no corporate income tax if they are organized as a Subchapter S corporation and owned through an ESOP trust.
• Amazon Smile Program.  Here’s the usual announcement about the Amazon Smile program, albeit moved to the bottom of the page so you don’t get tired of seeing it.  To participate in the Amazon Smile program for CESJ, go to https://smile.amazon.com/.  Next, sign in to your account.  (If you don’t have an account with Amazon, you can create one by clicking on the tiny little link below the “Sign in using our secure server” button.)  Once you have signed into your account, you need to select CESJ as your charity — and you have to be careful to do it exactly this way: in the space provided for “Or select your own charitable organization” type “Center for Economic and Social Justice Arlington.”  If you type anything else, you will either get no results or more than you want to sift through.  Once you’ve typed (or copied and pasted) “Center for Economic and Social Justice Arlington” into the space provided, hit “Select” — and you will be taken to the Amazon shopping site, all ready to go.
• We have had visitors from 24 different countries and 42 states and provinces in the United States and Canada to this blog over the past week. Most visitors are from the United States, Australia, Canada, India and the United Kingdom.  The most popular postings this past week in descending order were “Social Justice and the American Red Cross,” “A Taxing Problem: Own or Be Owned,” “News from the Network, Vol. 10, No. 36,” “Stimulus and the Global Financial Crisis,” and “A Taxing Problem: It’s Still Regressive.”
Those are the happenings for this week, at least those that we know about.  If you have an accomplishment that you think should be listed, send us a note about it at mgreaney [at] cesj [dot] org, and we’ll see that it gets into the next “issue.”  If you have a short (250-400 word) comment on a specific posting, please enter your comments in the blog — do not send them to us to post for you.  All comments are moderated, so we’ll see it before it goes up.
#30#
Posted by Michael D. Greaney at 2:10 PM