What with Trump and Kim Jong Un “exchanging insults,” earthquakes in Mexico, hurricanes in Puerto Rico, Texas, and Florida, it doesn’t seem as if there is very much good news to report from anywhere.  Still, we’ve managed to round up a few items that might help make your day a little brighter, or at least bearable: 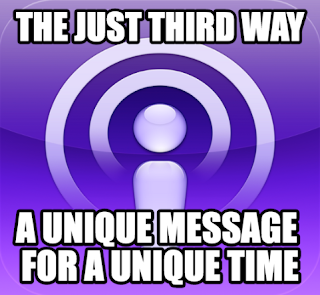 • The Just Third Way Hour.  The broadcast of The Just Third Way Hour has been so successful that we’re reformatting it, possibly under a new title, but shifting the emphasis to North America, where we think it will do very well in the extremely competitive U.S. and Canadian market.  The first show in the new series is already “in the can” (that’s show biz talk for recorded and edited, ready for broadcast), but we don’t have a readily accessible link available yet.  We expect to have everything up and running next week.  CESJ’s new intern, Bryan V., is very excited about hosting and producing a show with such a unique message, and believes it will appeal to a broad spectrum of listeners, especially (but not confined to) “Millennials.”  The yeoman effort by Tom P. in initiating the idea and carrying on with the special broadcast for the Pacific Rim and the Indian Ocean areas is greatly appreciated, and will continue — the whole project would have gone nowhere without his work — and it provides the leverage for something tailored more for the “North American crowd.”
• Not Exactly Earthshaking, But. . . . .  The “Real Thing” has come to Brigham Young University.  (And they thought they already had the real “Real Thing.”)  Students (and possibly professors and administration staff) can now buy caffeinated soft drinks on campus instead of smuggling them in.  They now have official sanction for waking up with a headache, not feeling right until they scarf down that morning cola, and getting twitchy after an eight-hour stint without a fix.  Sometimes change isn’t good, bad, or even remarkable.  It’s just . . . change.
• CESJ Annual Event.  The CESJ “Annual Event” is tomorrow, in Arlington, Virginia, postponed from April due to a number of factors over which we had little or no control.  The event will be at CESJ headquarters, and a number of people are expected from around the country.
• New Publication Projects.  In addition to the ongoing revamping of Capital Homesteading for Every Citizen (mostly to update the financial projections and clarify some of the monetary and banking theory), the “Father Ferree Compendium” is advancing, as well as preliminary work on Curing World Poverty.  Also in the works is a “Paradigm Paper” on the Banking Principle, a discourse on common currencies and the essential principles to which a common global reserve currency must adhere (among the primary of which are a fixed standard with asset backing, elasticity, and NO backing with government debt), and perhaps even a compendium of the writings of Judge Peter S. Grosscup.
• The “First Homestead Act” . . . Sort Of.  One possibility we’ve been considering at the suggestion of another publisher is a book on what may be considered the first “Homestead Act.”  This was not the legislation pushed by Abraham Lincoln in 1862, but an initiative of the Byzantine Emperor Heraclius, who reigned from 610 to 641, after deposing a bloodthirsty tyrant named Phocas who had brought the Empire to the brink of total disaster.  Heraclius seems to have reformed and reorganized the entire Empire (or what was left of it), primarily by creating almost at one stroke a large middle class and a huge “National Guard” that could be mobilized quickly by granting land and an annual stipend to soldiers in perpetuity in return for hereditary military service.  The story is virtually unknown today, and should make for interesting and informative reading.  Any modern leader could do the same thing to “combat” the increasingly bad economic situation and “declare war” on world poverty by opening up “settlement” of the virtually unlimited commercial and industrial frontier, not just limiting it to land, in the process ending much of the basis for conflict between nations and peoples today.  Perhaps what the world really needs today is an “Economic Crusade” that mobilizes resources to wage peace and make a better life for everyone instead of to wage war.. 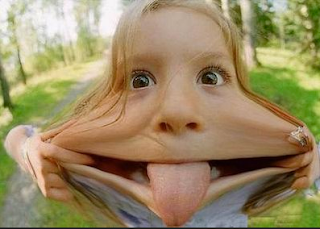 • Amazon Smile Program.  Here’s the usual announcement about the Amazon Smile program, albeit moved to the bottom of the page so you don’t get tired of seeing it.  To participate in the Amazon Smile program for CESJ, go to https://smile.amazon.com/.  Next, sign in to your account.  (If you don’t have an account with Amazon, you can create one by clicking on the tiny little link below the “Sign in using our secure server” button.)  Once you have signed into your account, you need to select CESJ as your charity — and you have to be careful to do it exactly this way: in the space provided for “Or select your own charitable organization” type “Center for Economic and Social Justice Arlington.”  If you type anything else, you will either get no results or more than you want to sift through.  Once you’ve typed (or copied and pasted) “Center for Economic and Social Justice Arlington” into the space provided, hit “Select” — and you will be taken to the Amazon shopping site, all ready to go.
• We have had visitors from 30 different countries and 44 states and provinces in the United States and Canada to this blog over the past week. Most visitors are from the United States, India, Australia, the United Kingdom, and South Africa.  The most popular postings this past week in descending order were “Philosophies at War,” “Thomas Hobbes on Private Property,” “Is Education the Answer?” “The Rise of Socialism,” and “Greece on the Skids.”
Those are the happenings for this week, at least those that we know about.  If you have an accomplishment that you think should be listed, send us a note about it at mgreaney [at] cesj [dot] org, and we’ll see that it gets into the next “issue.”  If you have a short (250-400 word) comment on a specific posting, please enter your comments in the blog — do not send them to us to post for you.  All comments are moderated, so we’ll see it before it goes up.
#30#
Posted by Michael D. Greaney at 12:31 PM