While most people are quite properly focused on the remarkable series of natural disasters that have occurred over the past week — the “law of the urgent over the important” — we have been able to make some progress in advancing the solution to more manageable problems, such as war and the economy: 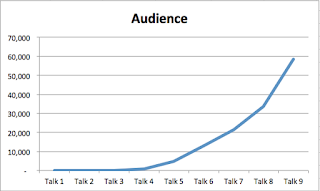 • The Just Third Way Hour.  This past Monday Dr. Norman G. Kurland made his ninth appearance on “The Just Third Way Hour” to people in fifty-one countries in Asia, the Pacific Rim, the Middle East, and Africa.  The audience size nearly doubled from last week, up to nearly 60,000 — 58,627, to be exact.  As can be seen from the graph to the right, the audience size is still increasing dramatically, and we haven’t tapped into North America or Europe yet.  Of the “Top Five” groups of listeners, most came from China (12,589), followed by the Philippines (7,001), Russia (2,891), Taiwan (2,012), and India (2,007).  CESJ is currently exploring the possibility of producing a podcast aimed specifically at a North American audience that could also be picked up in Europe and provided to radio stations as free educational and public affairs programming from a Just Third Way perspective. 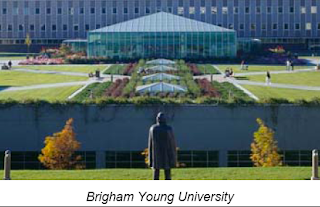 • Own or Be Owned.  This past week CESJ received a copy of “Failures of Privatization and Attitudes toward Ownership: A Counterfactual Consideration of Capital Distribution in Ukraine” by Eliza Riley of Brigham Young University, a paper prepared for presentation at the American Political Science Association (APSA) annual meeting, San Francisco, August 2017.  Obviously we don’t have room to do more than mention that the paper was presented and it is an important advance in the Just Third Way movement and it cites Dr. Norman Kurland eight times in thirty-two pages.  We will be requesting permission to post the paper on the CESJ website, if that is permissible.
• Conferences in Dubai and India.  CESJ Counselor Dr. Robert Crane is organizing conferences intended to include Just Third Way elements in Dubai and India.  He is also currently preparing a major article for the Armonia Journal, which he edits.
• Red Star Over Bethlehem.  The first draft of Red Star Over Bethlehem (and there may be a contest to see if there is a better title out there, somewhere) is almost complete, and may be finished this week.  The final chapter brings together the need for expanded capital ownership as the principal support for individual sovereignty and the dignity of the human person, and the financing techniques that do not rely on the accumulations of the rich — and therefore redistribution or confiscation — as the source of financing. 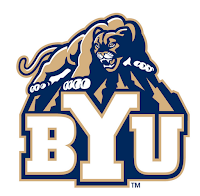 • The CESJ Annual Event is now scheduled for September 23.  More details to come.
• A new CESJ intern from Brigham Young University starts Monday, September 11, and bodes well to continue the long tradition of high caliber interns from that school.
• Here’s the usual announcement about the Amazon Smile program, albeit moved to the bottom of the page so you don’t get tired of seeing it.  To participate in the Amazon Smile program for CESJ, go to https://smile.amazon.com/.  Next, sign in to your account.  (If you don’t have an account with Amazon, you can create one by clicking on the tiny little link below the “Sign in using our secure server” button.)  Once you have signed into your account, you need to select CESJ as your charity — and you have to be careful to do it exactly this way: in the space provided for “Or select your own charitable organization” type “Center for Economic and Social Justice Arlington.”  If you type anything else, you will either get no results or more than you want to sift through.  Once you’ve typed (or copied and pasted) “Center for Economic and Social Justice Arlington” into the space provided, hit “Select” — and you will be taken to the Amazon shopping site, all ready to go.
• We have had visitors from 34 different countries and 43 states and provinces in the United States and Canada to this blog over the past week. Most visitors are from the United States, Canada, the United Kingdom, Australia, and India.  The most popular postings this past week in descending order were “Happy Capital for Labor Day,” “Crypto Currencies: Coin or Con Game?” “Universal Basic Income,” “News from the Network, Vol. 10, No. 35,” and “A Taxing Problem: Rule of Law.”
Those are the happenings for this week, at least those that we know about.  If you have an accomplishment that you think should be listed, send us a note about it at mgreaney [at] cesj [dot] org, and we’ll see that it gets into the next “issue.”  If you have a short (250-400 word) comment on a specific posting, please enter your comments in the blog — do not send them to us to post for you.  All comments are moderated, so we’ll see it before it goes up.
#30#
Posted by Michael D. Greaney at 1:00 PM