A couple of weeks ago, we got a request for help from a member of the CESJ “Board of Counselors,” the advisory board of the interfaith Center for Economic and Social Justice.  The Counselor, a Catholic “permanent deacon” (whom we shall call “Deacon John”), had gotten into a discussion with a former member of the CESJ Board of Counselors and an associate of the former Counselor.  The former Counselor had withdrawn from the organization after making a number of unsubstantiated claims concerning various individuals in general, and the Just Third Way in particular,.


What was interesting is that the former counselor, whom we shall call “Tom Steele,” and his associate, whom we shall call “Joe Wide,” both claim to be “distributists.”  Steele, in fact, has been described as a "distributist economist."  “Distributism” as more or less defined by Gilbert Keith Chesterton and Joseph Pierre René Hilaire Belloc, is a policy of widespread capital ownership, with a preference for small, family owned farms and businesses.  When an enterprise must be large, however, Chesterton said it should be owned “on shares” by the workers, meaning the workers should own equity shares in the company.
Both Chesterton and Belloc were adamant that distributism was not to be construed in any way as either capitalism or socialism.  “Widely distributed” did not, according to Chesterton, mean “widely RE-distributed.”  True, a number of distributists and others have been trying for some time to “have their cake and eat it, too” by claiming that Catholic social teaching advocates “democratic socialism” and that only “totalitarian socialism” is condemned.  A greater number of distributists and others, however, have expressed doubts and serious concerns about this claim.
Oddly, a significant number of well-known and prominent distributists and Chestertonians either claim that distributism is a form of socialism, or remain silent.  This makes it appear as if they approve of, or acquiesce in, the claims about distributism (and Catholic social teaching) being compatible with socialism.
One of these was Tom Steele, who claims to be a “georgist,” that is, a follower of the agrarian socialist Henry George, who attacked Pope Leo XIII on the grounds that he, George, understood Catholic social teaching and the pope did not (George was not a Catholic, but by his own admission a “Jeffersonian Deist” who dabbled at one time in spiritualism).  One of Steele’s quarrels with CESJ was that we said he sounded socialist, which made him angry.  His current claim is that he is a socialist, and socialism is consistent with Catholic social teaching, so CESJ’s advocacy of the Just Third Way (which agrees with the popes) makes Tom angry.
In sum, Steele was angry in the past because he said he was not a socialist, and now Steele is angry because he says he is a socialist.  (We’re just a bit confused over why he is angry.)
The specific issue about which Deacon John asked, however, was a technical question about finance and the operation of the ESOP:

Dear Deacon John:
This is in response to your request for input into your discussion with Joe Wide and Tom Steele.  The delay was the result of the scope of the erroneous assumptions and assertions Wide and Steele make that are fundamental to their particular worldview. 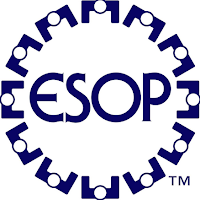 Assuming that Wide is speaking in support of or in substantial agreement with Steele’s position, the main issue is that Wide and Steele assert that, in order to have a just transaction, it is impossible for workers to purchase a company on credit through an ESOP and ever repay the principal of the acquisition loan.  This necessarily implies that in their view, ESOPs cannot work unless some unfairness or injustice is inserted into the transaction, so that no one can gain without someone else losing.  Either the seller (the current owner or owners) is shortchanged, or the buyer (an ESOP trust on behalf of the workers) is cheated.
Anyone who understands basic finance, however, can refute Wide’s and Steele’s logic with ease.  The best answer, however, is empirical evidence: the fact that ESOPs are working successfully in the real world.
There are at present approximately 8,000 ESOPs in the United States alone, covering around 10 million workers.  Many of these ESOPs are or were leveraged, allowing the workers to purchase shares of the company on credit, and repay the loan out of future pre-tax (or untaxed) earnings of the company.
If Wide’s and Steele’s claim that ESOPs cannot work justly is correct, every one of the millions of workers who are participants in leveraged ESOPs managed to get away with cheating the selling owners or “the banksters” who lent them the money to purchase the company without any one of the millions of sellers or the thousands of crafty “banksters” being aware they were cheated!
There may have been some dishonest transactions, and some workers, sellers, or even “banksters” were cheated.  Most ESOPs, however, are the result of honest and straightforward transactions carried out to the mutual advantage and satisfaction of all parties.
In our over thirty years of professional experience in the field of ESOP design, finance, and administration, we have witnessed how the advantages of an ESOP have enabled the selling owner(s) to receive the high end of market value.  At the same time — and in the same transaction — the new worker-owners paid off the acquisition loan from the bank years ahead of schedule.
As a result of a worker buyout (we are referring to a specific case, one of our professional — i.e., not related to CESJ — clients), the number of workers in one company increased by nearly 337%.  Participants with less than ten years’ service have average account balances of over $13,500, those with more than ten but less than twenty years’ service have average account balances of over $91,500, while those with twenty or more years of service have average account balances of nearly $450,000.  It is significant that in this particular plan, almost 12% of the participants have accumulated ESOP account balances of over $1 million. 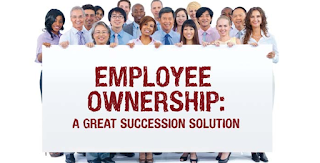 These amounts do not include what participants have accumulated in their 401(k) accounts, personal IRAs, non-qualified (i.e., non-tax deferred) investments, or Social Security entitlements.
The average ESOP annual allocation to each active participant is approximately $4,000, not counting reallocations of forfeited account balances (averaging $400 per participant) or earnings on Plan assets (averaging $3,300 per participant), with vesting beginning after two years of credited service.  This is a total average annual addition to each participant’s account of over $7,500 per year — approximately the same as the annual per capita capital growth ring in the United States in a slow-growth economy.
While the facts alone refute Wide’s and Steele’s claim, it will be useful to examine their assertions and logic in their own words.  Specifically, in your exchange with Wide:
Deacon John to Wide: As I indicated at the outset, my interest is in fostering ownership of productive capital on a broader and deeper basis. That may require a broader understanding of, and agreement on, what may constitute “productive capital.” I understand that in any particular case, ESOP may be or may not be an effective way to accomplish this. I have personally benefited from an ESOP while employed by AT&T, but I understand there are concerns about using it — especially in the case of a buyout. I am not arguing about that; in fact, I am not arguing at all. What I might be inclined to argue as indicated earlier, but perhaps not, are methods of “valuation” for the purposes of compensating employees, lending to, investing in, or the acquiring of, a business enterprise or portion thereof. And, since I have already addressed the latter purpose from a buyer's perspective, i.e., the sale price, then I believe that I have been responsive. It takes a buyer and a seller to agree on a sale price, economic theories of considerations notwithstanding. If there is agreement between a knowledgeable buyer and knowledgeable seller, with full disclosure, i.e., a fair trade, do we not therefore have a "proper valuation" in practical terms?
Wide: Sure — if you have a proper valuation on these terms, there would be a fair trade, on strictly Capitalist terms. What would motivate it? The hopeful new owner/operators would have to sell enough bonds to buy ALL the anticipated, agreed-upon future free cash flows of the firm. Plus, now they’d have to pay the bond coupons. But if they could pay the bond coupons, why, that ability to produce is priced-into your fair trade value, so they could never REDEEM the bonds. That's Steele’s point. I am less pessimistic about the idea than I think he is, but it is a very good point, and I do not think CESJ address it. You're not addressing it either; you're just telling us yet again where your interests lie. That's all very nice. What about the point?  I think I have an answer for Steele, which I'll try to remember to discuss with him at the Chesterton conference. Of course, if I think about it long enough to have a discussion, I may well discover that I'm wrong.  But right now I'm feeling clever.  ;-)  The ESOP you enjoyed at AT&T was not Kelsonian: the shares of a Kelsonian firm are never traded at all, much less publicly traded.
First, however, we need to correct a few facts — which we will do tomorrow.
#30#
Posted by Michael D. Greaney at 6:00 AM