So far in this discussion we have discovered that the distributist economist we’ve been calling “Tom Steele,” and his associate we’ve termed “Joe Wide,” have made three fundamental errors in their financial analysis.  These are, 1) the belief that future cash flows can be known with absolute certainty in the present, 2) that there is an ideal value or price of something that has no relation to the value that buyers and sellers assign to what is being exchanged, and 3) Return On Investment (ROI), the discount rate, and the interest rate are all the same.  We can now address what may be the most fundamental error of all: their understanding of money and credit.


Error Number Four
The entire discussion up to this point has assumed that the capital has been purchased using existing savings loaned by a saver.  That is, we have been using the assumption that the only way to finance anything is to cut consumption and accumulate money savings.  Is that, however, how the system should work?
No.  As Dr. Harold G. Moulton proved in his classic refutation of Keynesian monetary theory, The Formation of Capital (1935), financing for capital expansion should not come out of past savings (past reductions in consumption), but out of capital credit repaid out of “future savings” (future increases in production).  The “pure credit” system Louis Kelso and Mortimer Adler described in their second book, The New Capitalists (1961) — based on Moulton’s work — eliminates the need to use past savings as the source of loans to universalize access to capital ownership and incomes not dependent on government redistribution and jobs. 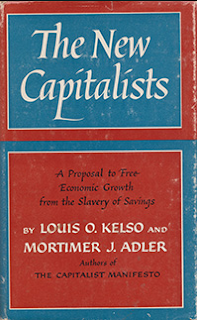 This is why the subtitle of The New Capitalists is, “A Proposal to Free Economic Growth from the Slavery of Savings.”  Pure credit allows any financially feasible capital project to be financed by increases in production in the future, instead of being limited in what can be financed by being restricted to savings that were withheld from consumption in the past.
To understand this, we have to know what financial historian Benjamin Anderson called “the first principle of finance.”  And that is?  To know the difference between a mortgage (a financial instrument based on existing assets) and a bill of exchange (a financial instrument based on future assets).
We have already hinted at the difference in the discussion of discounted cash flow.  Existing savings loans bear interest.  Future savings loans are discounted.  In discounting, the lender covers costs, the risk premium, and is compensated for his services out of the discount, the difference between the amount of money created for investment, and the amount of money repaid, covering the original loan principal plus the discount.
There is another difference.  Existing savings loans bear interest as long as any part of the principal is outstanding.  Future savings loans are only discounted once by the original lender; any subsequent (re)discount is a new transaction between different parties.
For example, a borrower obtains a ten-year loan of $1 million of existing money (past savings money) bearing a 10% annual straight interest rate with a single balloon payment at term.  He will pay the lender $1 million in principal back, and $1 million in interest, out of future profits, for a total of $2 million.
In contrast, a borrower who obtains a ten-year loan of $1 million of newly created money (future savings money) discounted at 10% receives $900,000 and pays back the original $900,000 plus $100,000, all out of future profits, to bring the amount up to the face value of the loan, a total of $1 million. 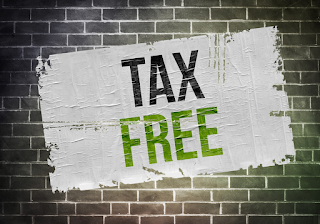 The key to understanding the difference in the two loans that sound otherwise identical is to realize that the borrower of past savings borrowed someone else’s existing, old money, and paid $1 million for the privilege, while the borrower of future savings actually participated in creating new money, and paid $100,000 for the privilege — a $900,000 savings.
That is for loans to conventional businesses.  While the annual interest or one-time discount on a standard business loan is tax deductible, principal payments are not.  In an ESOP, however, both principal and interest are tax deductible; the entire loan is repaid with “pre-tax dollars.”
Even that is only for a “C-Corp ESOP.”  An S-Corp that is 100% owned by the workers through an ESOP pays no corporate income taxes at all under current law, so taxes are not an issue.  At current state and federal corporate tax rates, that can add as much as 50% or more to the bottom line, accelerating repayment of the acquisition loan and making more cash available sooner for profit distributions to the workers.
Conclusion
Wide and Steele are trapped by their assumptions regarding money and credit, savings, and definitions of terms.  They ignore economic and financial reality and try to force the question into an ideal world that not only does not exist, it cannot even be conceived except by allowing contradictions — which violates the first principle of reason.  In this way they set up a very flimsy straw man argument for leveraged ESOPs that they have no trouble demolishing to make their case, but which only succeeds in baffling anyone who lives and works in the real world. 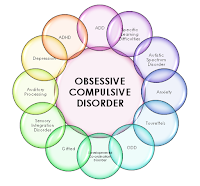 The real problem, however, is that by focusing on a peripheral issue — the feasibility of the ESOP (and misunderstanding even that) — Wide and Steele avoid addressing the need to develop and implement a fiscally sound and morally consistent way to resolve the growing wealth and income gap.  By obsessing over the presumed flaws or inadequacies of a single tool, the ESOP, they ignore the importance of the principles behind the ESOP that have the potential to solve the problem of global poverty.
This appears to be rooted in fundamental misunderstandings regarding private property, money and credit, banking and finance, the role of the State, but above all social justice and the principles of economic justice: 1) Participative Justice, 2) Distributive Justice, and 3) Social Justice.  Misunderstanding social tools and the principles that should guide and direct their use, Wide and Steele waste their time on trivialities, accusations against “banksters” and other alleged villains, and vague philosophical ramblings rather than on programs based on sound and tested principles.
Specifically, Wide and Steele need to understand:
·      Private property — the inherent and inviolable right of every human being to be an owner, and the socially determined and limited bundle of rights that define the use of what is owned.
·      Money and credit — anything that can be used to settle a debt; “all things transferred in commerce.”
·      Banking — the business of taking deposits, making loans, discounting notes, issuing notes, collecting money on notes deposited, negotiating notes, and so on.
·      Finance — the handling of money resources.
·      The State — a social tool instituted by delegated authority of the people to establish justice, keep order, provide for common defense, promote general welfare, and secure and protect fundamental human rights, particularly life and liberty, together with the means of acquiring and possessing private property, especially productive wealth (capital) by removing barriers that inhibit or prevent the use of just and practical means to achieve equality of access to the rights and incomes derived from ownership of productive capital assets, including land and other natural resources.
In addition, Wide and Steele need to internalize the three principles of economic justice that guide the above institutions:
·      Participative Justice — how one makes “input” to the economic process in order to make a living. It requires equal opportunity in gaining access to private property in productive assets as well as equality of opportunity to engage in productive work. The principle of participation does not guarantee equal results, but requires that every person be guaranteed by society’s institutions the removal of unjust barriers so that every person is empowered to make a productive contribution to the economy, both through one’s labor (as a worker) and through one’s productive capital (as an owner). Thus, this “equal opportunity” principle rejects monopolies, special privileges, and other exclusionary social barriers to economic self-reliance.
·      Distributive Justice — the “output” or “out-take” rights of an economic system matched to each person’s labor and productive capital inputs. Through the distributional features of private property within a free, non-monopolistic, and open marketplace, distributive justice becomes automatically linked to participative justice, and incomes become linked to productive contributions.  The principle of distributive justice involves the sanctity of private property and contracts. It turns to the free and open marketplace, not government, as the most objective and democratic means for determining the just price, the just wage, and the just profit.
·      Social Justice — the “feedback and corrective” principle that detects distortions of the input and/or out-take principles and guides the corrections needed to restore a just and balanced economic order for all.  Unjust barriers to participation violate this principle by monopolies or by some using their property to harm or exploit others.  Social justice does not replace individual justice or charity, but makes the exercise of individual justice and charity possible.  Strict adherence to the precepts of the natural law and the principles of reason as understood within the Aristotelian-Thomist framework characterizes true social justice. 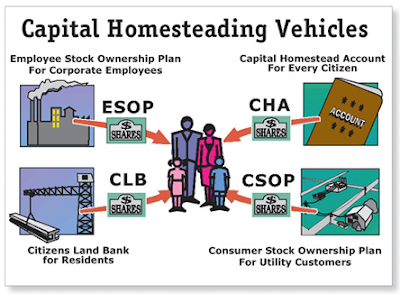 These institutions and principles when integrated as the Just Third Way and applied in Capital Homesteading offer a way to “universalize” the principles underpinning the limited applicability of the ESOP and extend the benefits of expanded capital ownership to every child, woman, and man on Earth.  Thus, by —
·      Securing the right to private property and defining the rights of private property in ways that best meet the needs of individuals, groups, and the common good as a whole,
·      Creating money in ways that create new capital owners instead of concentrating ownership,
·      Using the banking system to finance private sector growth instead of government,
·      Handling monetary resources in a manner consistent with sound business and morals, and
·      Restricting the State to its proper role of keeping order and maintaining a “level playing field” by removing unjust barriers to participation,
the Just Third Way offers a better alternative for the future of humanity than divisive and pointless attacks based on misunderstandings and half-truths on the one hand, or the monopolization of economic power on the other.
Common sense would therefore suggest that CESJ is correct in this matter, not Wide and Steele.
#30#
Posted by Michael D. Greaney at 6:00 AM