The news this week suggests that the Just Third Way is starting to make significant progress in outreach — which means that, to sustain the effort, it needs to make more progress.  Obviously, when you’re standing still, you’re not moving forward.  People in any movement need to remind themselves constantly that they can’t rest on what they’ve done in the past, but have to keep doing things now and in the future.
• The CESJ monthly meeting was held this past Monday, May 22, 2017.  The focus topic was surfacing “prime movers” who can carry the message of the Just Third Way into the national and international political arena.  A number of names were suggested as possible prime movers, but the real need at this stage is to surface “door openers” who can get members of the CESJ core group to prime movers.
• There have been some substantial advances in introducing people at the Vatican to the Just Third Way.  Although no one from CESJ was privileged to meet with His Eminence Gerhard Cardinal Müller during his recent visit to Arlington, Virginia, we purchased his book, The Cardinal Müller Report (2017), and — in between the purely religious concepts in which CESJ has no official interest — found a great deal of common ground with the Just Third Way, especially the ideas of participative and social justice, with distributive justice constituting the three principles of economic justice.  There was what appeared to be an allusion to the work of Mortimer J. Adler, co-author with Louis O. Kelso of The Capitalist Manifesto (1958) and The New Capitalists (1961), and certainly an affinity with Alder’s solid Aristotelian-Thomism; some of His Eminence’s comments about Plato might be thought by some to verge on the slightly pejorative, something he shares with Adler.  A pleasant surprise was a clear and forceful rejection of the shift from the Intellect to the Will as the basis of the natural law that infects modern thought.  We also enjoyed the brief reference to G.K. Chesterton (although Chestertonians with Luddite leanings might not!) and the mention of the Don Camillo stories by Giovanni Guareschi. 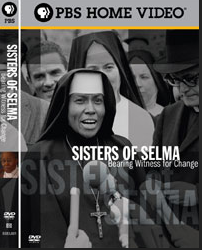 • CESJ has received a number of enquiries about internships, and we expect to be following up on them in the near future.
• Joyce Hart, the award winning film maker responsible for The Sisters of Selma documentary, is still pursuing a film on the expanded ownership paradigm.  She has made significant contacts throughout the expanded ownership community, and is thinking of broadening the subject to include a more comprehensive treatment of what CESJ calls the Just Third Way.
• Here’s the usual announcement about the Amazon Smile program, albeit moved to the bottom of the page so you don’t get tired of seeing it.  To participate in the Amazon Smile program for CESJ, go to https://smile.amazon.com/.  Next, sign in to your account.  (If you don’t have an account with Amazon, you can create one by clicking on the tiny little link below the “Sign in using our secure server” button.)  Once you have signed into your account, you need to select CESJ as your charity — and you have to be careful to do it exactly this way: in the space provided for “Or select your own charitable organization” type “Center for Economic and Social Justice Arlington.”  If you type anything else, you will either get no results or more than you want to sift through.  Once you’ve typed (or copied and pasted) “Center for Economic and Social Justice Arlington” into the space provided, hit “Select” — and you will be taken to the Amazon shopping site, all ready to go.
• We have had visitors from 28 different countries and 38 states and provinces in the United States and Canada to this blog over the past week. Most visitors are from the United States, Kenya, the United Kingdom, South Africa and Nigeria. The most popular postings this past week in descending order were “Thomas Hobbes on Private Property,” “Welding Irony, II: The Purpose of Production,” “The Purpose of Production” (we’re not repeating ourselves, those are two different postings), “Welding Irony, III: A Few Bugs in the System,” and “News from the Network, Vol. 10, No. 20.”
Those are the happenings for this week, at least those that we know about.  If you have an accomplishment that you think should be listed, send us a note about it at mgreaney [at] cesj [dot] org, and we’ll see that it gets into the next “issue.”  If you have a short (250-400 word) comment on a specific posting, please enter your comments in the blog — do not send them to us to post for you.  All comments are moderated, so we’ll see it before it goes up.
#30#
Posted by Michael D. Greaney at 10:41 AM