This is the week of the annual ESOP Association Conference.  This year marks the fortieth consecutive conference.  It has come a long way from its beginnings.  Some of the top worker-owned companies and professional service providers attend the conference every year, which is often the highpoint of their efforts to build an ownership culture.

• Our favorite worker-owned company, Mid South Building Supply, Inc., headquartered in Springfield, Virginia, won awards for its efforts to communicate an ownership culture in four of the seven categories for which it was eligible, two “winners” and two “runner ups.”  There being no third place or honorable mention, that means Mid South took home nearly a third of the awards given in their eligibility range.  It won “Best Video” for an excellent short that displayed the Mid South worker-owner spirit.  Many people had trouble believing an amateur, a fellow Mid South worker-owner, produced the short film.  It also won for “Best Total Communications.”  The company placed second in “Best Series of Special Events” and “Best Total Communications.”  In his acceptance speech on behalf of the company, Drew Tavss, president of Mid South, made a special point of mentioning the debt the ESOP community owes to Louis O. Kelso, Senator Russell Long, and Norman G. Kurland. 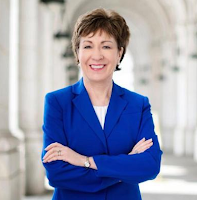 • During the opening session Thursday morning, conference attendees were shown a video of Senator Susan Collins (R, Maine) praising the ESOP for being an excellent way of stimulating economic growth and creating jobs in ways that do not require government stimulus.  Senator Collins also gave due credit to Kelso for inventing the ESOP.
• One downside to the ESOP has always been the cost of installing a qualified Plan, with most of the complexity (and thus cost) coming from the fact that plans have always been customized to fit the wants and needs of each company adopting an ESOP.  In contrast, there are only a few ways to have (for example) an Individual Retirement Account, which is a personal qualified plan.  For a number of years, then, the IRS and the DOL have been looking into the possibility of having plan documents “pre-approved” which would cut costs (and the time required for approval) immensely.  An IRS spokesman at the ESOP Conference noted that he had never heard of a plan document that had been submitted without at least one thing wrong with it.  A pre-approved template with absolutely no changes permitted from a range of options would greatly streamline the process of getting a plan approved, taking hours instead of weeks or months to go through the process.  Of course, anyone who wanted a custom-designed plan could have it, but would have to pay for custom work, as well as custom approval, relegating it to the category of a special request . . . which the IRS is willing to do for about $25,000, instead of a nominal fee for a pre-approved plan.
• CESJ participants at the conference were able to hand out some literature about the Capital Homestead Act, which is a way of extending the ESOP concept to everyone, not just those who work for corporations.
• Here’s the usual announcement about the Amazon Smile program, albeit moved to the bottom of the page so you don’t get tired of seeing it.  To participate in the Amazon Smile program for CESJ, go to https://smile.amazon.com/.  Next, sign in to your account.  (If you don’t have an account with Amazon, you can create one by clicking on the tiny little link below the “Sign in using our secure server” button.)  Once you have signed into your account, you need to select CESJ as your charity — and you have to be careful to do it exactly this way: in the space provided for “Or select your own charitable organization” type “Center for Economic and Social Justice Arlington.”  If you type anything else, you will either get no results or more than you want to sift through.  Once you’ve typed (or copied and pasted) “Center for Economic and Social Justice Arlington” into the space provided, hit “Select” — and you will be taken to the Amazon shopping site, all ready to go.
• We have had visitors from 38 different countries and 43 states and provinces in the United States and Canada to this blog over the past week. Most visitors are from the United States, United Kingdom, India, Canada, and Indonesia. The most popular postings this past week in descending order were “News from the Network, Vol. 10, No. 18,” “1. Capital in Binary Economics,” “Filling the Bill,” Thomas Hobbes on Private Property,” and “3. The Economic Dilemma.”
Those are the happenings for this week, at least those that we know about.  If you have an accomplishment that you think should be listed, send us a note about it at mgreaney [at] cesj [dot] org, and we’ll see that it gets into the next “issue.”  If you have a short (250-400 word) comment on a specific posting, please enter your comments in the blog — do not send them to us to post for you.  All comments are moderated, so we’ll see it before it goes up.
#30#
Posted by Michael D. Greaney at 6:00 AM