A Better Argument for a New Glass-Steagall

Yesterday we looked into the arguments for and against a new Glass-Steagall act.  We concluded that both advocates and opponents were missing the real point: that a well-designed system must include sound internal controls.
With that in mind, here’s how those in favor of a new Glass-Steagall are arguing . . . and how they should be arguing: 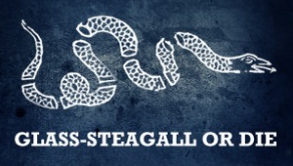 1. “Too-big-to-fail banks are bigger, riskier, and more ungovernable than ever.”  Opponents claim mere size is not the issue, in fact, bigger is less risky.
Both advocates and opponents miss the point here.  Both claim something that is only subjective opinion.
The objective fact is that banks are too big, period.  Essential competition and separation of function are rapidly disappearing.  An effective monopoly or financial trust is coming into being, which is clearly not in the public interest.
2. “The argument that [repeal of] Glass-Steagall didn’t cause the 2008 financial crisis is wrong.”  Opponents insist that the repeal of Glass-Steagall didn’t cause the crisis, it was specific actions by individuals and groups that caused it.
. . . who would not have been able to do what they did had Glass-Steagall still been in effect.  This particular rebuttal by opponents comes close to outright dishonesty.  It’s like saying repeal of laws against speeding had nothing to do with an immediate increase in traffic fatalities, or that few people died directly from starvation in Ireland from 1846 to 1852, only from hunger-related diseases, so there was no famine. 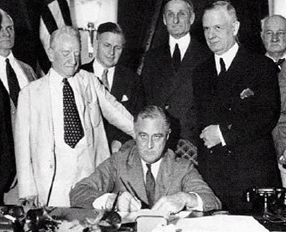 3. “Repeal of the Act has not worked as promised.”  Opponents say the repeal has worked as promised.
To be perfectly frank, neither the advocates nor the opponents are talking sense here.  Advocates, how can an act that has been repealed “work” at all?  Non-existence does not exist, and therefore cannot do anything.  Opponents, what you really mean is that you can now do as you damned well please, and argue forever whether you did anything wrong when you get caught.
4. “The repeal of Glass-Steagall is further corrupting the culture of banking – if such a thing is possible.”  Opponents say it made the culture of banking less risky, and therefore less corrupt, if it was even corrupt at all.
Neither advocates nor opponents really understand banking.  For one thing, they wouldn’t be arguing about Glass-Steagall the way they are if they did.  For another, advocates’ assumption that banking is inherently corrupt is as fatuous as opponents’ insisting that the banking system is a model of institutional rectitude.
People can be corrupt or virtuous.  Institutions and systems are not corrupt (in the sense of being evil) or virtuous.  Institutions — social habits — can be corrupt in the sense they are badly designed or embody bad principles, and therefore embody “structures of injustice” that encourage wrongdoing, but objectively evil?  No.  That’s like saying all laws are evil because there were laws allowing slavery, or political parties are evil because the Nazi party and the Fascists were political organizations. 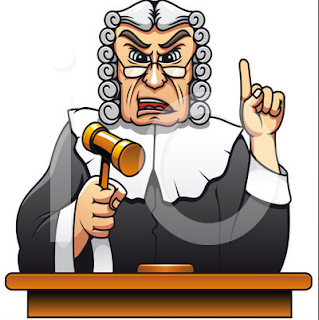 5. “Too-big-to-fail banks are a threat to our democracy.”  Opponents say that they are essential to maintenance of the free enterprise system.
Sorry, opponents.  The judges went with the advocates on this one.  Monopolies are a threat to democracy, even if you play word games and call it a democratic republic or a free enterprise system.  Monopolies are the sort of democratic behavior that Aristotle warned brings about the end of democracy.
So, what is to be done?
First, stop all the word games, and restore sound internal controls to the financial system.  Reinstitute specialization and separation of function.  Break up monopolistic banking consortiums.  Call it a new Glass-Steagall if you like, but just do it — and make it much stronger than the original, e.g., mandating that clearinghouses and the Federal Reserve, possibly even banks over a certain size, be owned by every citizen — directly, not through the government.  A bank, especially a central bank, is in effect a public “financial utility” as well as a resource and should not be under control of a small group.
That’s for starters.  The best thing to do then is enact a Capital Homestead Act.  The only way to have a truly democratic banking system is to ensure that as many people as possible have a stake in keeping a direct eye on it — which gives them a reason to learn how banking really works, not the bizarre Keynesian fantasies they learn even in the best business schools.  (As a Certified Public Accountant, this writer knows for a fact that the usual explanation of how banks create money is — to be polite — hooey.)
A Capital Homestead Act will also vest ordinary people with property, and thus with power — “Power,” as Daniel Webster said, “naturally and necessarily follows property.”  When people are powerless, they have no leverage with the politicians or the bankers.  When they have property, and thus power, all of a sudden the politicians and bankers start to pay attention, or they don’t get reelected and they lose customers, respectively.
In other words, as we’ve been saying for years, it’s a case of “Own or Be Owned.”
#30#
Posted by Michael D. Greaney at 7:09 AM