Although the upcoming elections are grabbing all the attention (even — or especially — in other countries), there are some other things that might have more importance in the long run, e.g., whether people can regain power over their own lives, or forever be at the mercy of whoever is running the government.
With something like Capital Homesteading up and running, for example, would it really make any difference if the government threatened to cut off your healthcare, welfare, minimum wage, or anything else?  You could thumb your nose at the government, or anyone else who tried to control you by turning you into a dependent of anyone except yourself.  To get to that happy state of affairs, here’s what we’ve been doing for the past week: 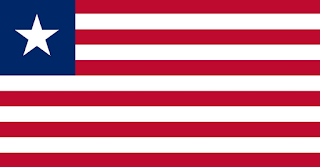 • Today the CESJ core group is meeting with a candidate for the presidency of Liberia, the country established as a homeland for freed American slaves.  Unique among all the countries of the world, the Liberian constitution states explicitly that everyone has the inherent right to own property, and that no one can be denied exercise of that or any other right except through due process.  What we’d like to see in Liberia — or anywhere else, for that matter — is to make the right to be an owner and all other natural rights effective by restructuring the system so that every child, woman, and man has both the opportunity and the means to own capital.  Something along the lines of a Capital Homestead Act (even if you change the name to something like “The Economic Empowerment Act,” or “The Citizen Empowerment Act”) is probably the best way to go about establishing and maintaining a society in which not only does everyone prefer to own, they have the means and opportunity available to do so.
• Yesterday the CESJ core group had a meeting with a graduate of George Washington University who became interested in the Just Third Way after a brief discussion with CESJ’s current intern.  While the individual had some differences with what CESJ is saying, he was clear on what they were, and is open to being persuaded once he can be presented with a sound argument and evidence.
• Yesterday’s post, “Popes are the Craziest People,” seems to be getting quite a bit of attention.  No, we’re not calling the popes crazy; the title comes from the catchphrase of comedian Lew Lehr (1895-1950), “Monkeys is the craziest peoples,” thrown in to underscore how monkeys’ antics show up human foibles.  In this instance, the common sense of papal teaching is used to highlight the nonsense of socialism, statism, modernism, and a host of other isms popes like Leo XIII worked so hard to counter, e.g., German Chancellor Prince Otto von Bismarck's Kulturkampf campaign to take over the Catholic Church, only to have their own words twisted to support the very thing they were (and are) trying to correct.  Specifically, the posting looks at Leo XIII’s obvious distrust of State power and the need to shift power back to actual human beings by having as many people as possible own capital, and contrasts it with today’s demand by many in the Catholic Church & Elsewhere to lock people into a condition of permanent dependency (i.e., “slavery”) by making them completely dependent on State-provided or supported welfare and wages, and having the government take over the whole of civil (State), religious (Church), and even domestic (Family) society through control of people’s incomes, education, procreation, life, and death.

• The Perth Herald-Tribune has been running short columns on CESJ and the Just Third Way written by CESJ’s Director of Research, with a new one appearing every week.  Be sure to visit their website and send the link around your networks.  A recent piece of particular note is “Alas, the Poor Distributist,” which addresses the problem today’s “distributists” (followers of the loose proposal developed by G.K. Chesterton and Hilaire Belloc to counter Fabian socialism) face with so many of their most vocal advocates supporting various forms of Fabian socialism and its sources, offshoots, and clones, e.g., georgist agrarian socialism, guild socialism, social credit, syndicalism, and others too tedious to list.
• CESJ’s latest book, Easter Witness: From Broken Dream to a New Vision for Ireland, is available from Amazon and Barnes and Noble, as well as by special order from many “regular” bookstores.  The book can also be ordered in bulk, which we define as ten copies or more of the same title, at a 20% discount.  A full case is twenty-six copies, and non-institutional/non-vendor purchasers get a 20% discount off the $20 cover price on wholesale lots ($416/case).  Shipping is extra.  Send enquiries to publications@cesj.org.  An additional discount may be available for institutions such as schools, clubs, and other organizations as well as retailers.
• Here’s the usual announcement about the Amazon Smile program, albeit moved to the bottom of the page so you don’t get tired of seeing it.  To participate in the Amazon Smile program for CESJ, go to https://smile.amazon.com/.  Next, sign in to your account.  (If you don’t have an account with Amazon, you can create one by clicking on the tiny little link below the “Sign in using our secure server” button.)  Once you have signed into your account, you need to select CESJ as your charity — and you have to be careful to do it exactly this way: in the space provided for “Or select your own charitable organization” type “Center for Economic and Social Justice Arlington.”  If you type anything else, you will either get no results or more than you want to sift through.  Once you’ve typed (or copied and pasted) “Center for Economic and Social Justice Arlington” into the space provided, hit “Select” — and you will be taken to the Amazon shopping site, all ready to go.
• CESJ’s year-end board meeting (the fiscal year ended September 30) will be Monday, October 17 in the evening, following a light dinner for those who attend in person.
• As of this morning, we have had visitors from 45 different countries and 46 states and provinces in the United States and Canada to this blog over the past two months. Most visitors are from the United States, Canada, the United Kingdom, Australia, and New Zealand. The most popular postings this past week in descending order were “Thomas Hobbes on Private Property,”  “Aristotle on Private Property,” “Distributism, Socialism, and Syndicalism,” “Where’s the Recovery?” and “Religion and the Rise of Capitalism . . . and Socialism”/A Brief Discourse on Social Credit, I: What IS ‘Social Credit’?” (tie).
Those are the happenings for this week, at least those that we know about.  If you have an accomplishment that you think should be listed, send us a note about it at mgreaney [at] cesj [dot] org, and we’ll see that it gets into the next “issue.”  If you have a short (250-400 word) comment on a specific posting, please enter your comments in the blog — do not send them to us to post for you.  All comments are moderated, so we’ll see it before it goes up.
#30#
Posted by Michael D. Greaney at 11:01 AM