Every once in a while we get what behaviorist Burrhus Frederick Skinner (1904-1990, better known as “B.F. Skinner” for obvious reasons) called “positive reinforcement,” which is a big couple of words that boil down to “attaboy,” or “You catch more flies with honey than you do with vinegar,” which your mother didn’t have to go to Harvard to learn.  Of course, starting out this posting by referencing Skinner is a trifle ironic, even if we hadn’t been forced to read Walden II in high school along with a cartload of other tomes with which we disagreed even more.  Bottom line?  We’re “natural law guys” and Skinner . . . ain’t. 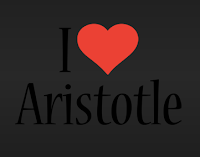 It does, however, segue into today’s topic, which is the natural law.  We had a very good meeting earlier this week with someone who turned out to agree with what we’ve been saying all these years about the natural law, otherwise known as the general code of human behavior.  Our take on the natural law is the same as Aristotle and Aquinas, and lesser lights like the solidarist jurist and political scientist Heinrich Rommen and “Great Books” philosopher Mortimer Adler.
Specifically, we believe that the natural law is based on nature, not on faith in the will of some authority, such as a god or — especially — the State.  This conflict can be phrased in a number of ways, e.g., Intellect v. Will, reason v. faith, knowledge v. opinion, lex ratio v. lex voluntas, or many other ways (meaning we just ran out of ways to say it, but we want you to think we know more).
Believe it or not, whether the natural law is known by reason or by faith was “the” Big Question in Medieval philosophical debates.  The issue boils down to whether right and wrong are discernible by reason (lex ratio, “law is reason”), or accepted as the command of God or whatever you substitute for God, such as money, the State, money, Mother Gaia, money, the People, money, or money (lex voluntas, “law is will”).
You see the basic problem.  If the natural law is discernible by reason, then there must be some kind of absolute and objective standard of behavior against which to measure human actions.  Human beings are required to do things because they are inherently right.
Thus, belief in a deity is, strictly speaking, not necessary to be able to know right from wrong.  Christians, Jews, Muslims, Pagans, Atheists, Agnostics, and everybody else can agree on what is right and wrong in human terms — IF they base right and wrong on an objective absolute standard discerned by “the force and light of human reason.”  People can live together peaceably in civil society without the establishment or imposition of any religion, as long as they agree on the fundamental rules of human behavior, and the specific application of those general norms in their specific situation.  This says nothing about the next life, of course, but that's not our concern . . . at least here in this posting.
The case is otherwise if you base the natural law — what you accept as right and wrong — on your personal faith or even lack thereof.  If right or wrong depends on what some authority has declared to be right or wrong . . . ya got trouble, my friends, right here in River City — with a Capital T, and that rhymes with P, and that stands for “Power.”  Something is then right or wrong not because it is inherently (objectively) right or wrong, but because someone or even Someone has said so — and has the power to compel obedience.  Might makes right.
Obviously, then, it’s much better to base the natural law on what is discerned by reason instead of what is accepted by faith.  Otherwise, you just end up doing what you want and figuring out ways to get what you want, anyway, rather than do what is right or wrong.  As Aquinas put it when he got into an argument with a faith-based opponent,
This then is what we have written to destroy the error mentioned, using the arguments and teachings of the philosophers themselves, not the documents of faith. If anyone glorying in the name of false science wishes to say anything in reply to what we have written, let him not speak in corners nor to boys who cannot judge of such arduous matters, but reply to this in writing, if he dares. He will find that not only I, who am the least of men, but many others zealous for the truth, will resist his error and correct his ignorance. (St. Thomas Aquinas, De Unitate Intellectus Contra Averroistas, § 124.)
In other words, don’t tell me God told you to do something.  Give me your evidence and present your proof.  Otherwise, go and peddle your parchments.
#30#
Posted by Michael D. Greaney at 6:00 AM