A significant number of news items this week, so we will get straight to the substance:

• Units of the Just Third Way movement are ramping up for an outreach effort to see if word can be gotten to key figures in politics, business, and religion.  Earlier today there was an extended discussion on how best to use Twitter, FaceBook, and other social media, while this afternoon some emails are being sent to some key media figures.
• Notable among the outreach efforts is that of Joe R. in Guatemala, who is working on getting in touch with a local archbishop, who may be willing to open the door for high level meetings with other Catholic Church officials.
• One of the keys to a successful and sustainable program of expanded capital ownership is monetary and tax reform — with emphasis on monetary reform.  Relying on “past savings” is not going to do the trick, for two reasons: 1) The currently wealthy have a virtual monopoly on existing savings, and are not likely to divest themselves of their wealth voluntarily for the benefit of others, and 2) existing accumulations of savings are — and have always been — inadequate to finance new capital formation.
• It turns out that more people are becoming aware of the real problem with socialism.  It’s not the abolition of private property per se.  As many socialists-who-don’t-like-to-be-called-socialists are quick to point out, many forms of socialism permit private ownership of capital.  And that’s the problem: the key word is “permit.”  Ownership is not viewed as a natural right, but as a right that comes from the collective, and can be taken away at any time someone with enough power decides to do so.  The new level of awareness is a good thing, because many people have been convinced that “Fabian socialism,” because it is not Marxist, is acceptable.
• For some reason, Monday’s blog posting on “A Brief Outline of How to Save the World (and Other Modest Goals)” has been getting a lot of attention.  One reader commented that it is the best summary of the Just Third Way she had read.
• CESJ has a possible new contact in Italy, who might be able to help get information on the Just Third Way into some circles in that country.
• CESJ’s latest book, Easter Witness: From Broken Dream to a New Vision for Ireland, is available from Amazon and Barnes and Noble, as well as by special order from many “regular” bookstores.  The book can also be ordered in bulk, which we define as ten copies or more of the same title, at a 20% discount.  A full case is twenty-six copies, and non-institutional/non-vendor purchasers get a 20% discount off the $20 cover price on wholesale lots ($416/case).  Shipping is extra.  Send enquiries to publications@cesj.org.  An additional discount may be available for institutions such as schools, clubs, and other organizations as well as retailers. 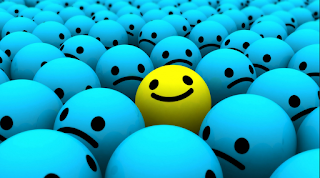 • Here’s the usual announcement about the Amazon Smile program, albeit moved to the bottom of the page so you don’t get tired of seeing it.  To participate in the Amazon Smile program for CESJ, go to https://smile.amazon.com/.  Next, sign in to your account.  (If you don’t have an account with Amazon, you can create one by clicking on the tiny little link below the “Sign in using our secure server” button.)  Once you have signed into your account, you need to select CESJ as your charity — and you have to be careful to do it exactly this way: in the space provided for “Or select your own charitable organization” type “Center for Economic and Social Justice Arlington.”  If you type anything else, you will either get no results or more than you want to sift through.  Once you’ve typed (or copied and pasted) “Center for Economic and Social Justice Arlington” into the space provided, hit “Select” — and you will be taken to the Amazon shopping site, all ready to go.
• As of this morning, we have had visitors from 49 different countries and 48 states and provinces in the United States and Canada to this blog over the past two months. Most visitors are from the United States, the United Kingdom, Germany, the Philippines, and Brazil. The most popular postings this past week in descending order were “Book Review: A Field Guide for the Hero’s Journey,” “News from the Network, Vol. 9, No. 28,” “Why Did Nixon Take the Dollar Off the Gold Standard?” “A Brief Outline of How to Save the World (and Other Modest Goals),” and “The Purpose of Production.”
Those are the happenings for this week, at least those that we know about.  If you have an accomplishment that you think should be listed, send us a note about it at mgreaney [at] cesj [dot] org, and we’ll see that it gets into the next “issue.”  If you have a short (250-400 word) comment on a specific posting, please enter your comments in the blog — do not send them to us to post for you.  All comments are moderated, so we’ll see it before it goes up.
#30#
Posted by Michael D. Greaney at 2:52 PM