The Principle of Binary Growth 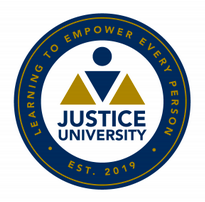 Finally, given that capital as well as human labor is productive, if someone cannot be sufficiently productive with labor, he or she must use capital, and vice versa.  That raises the issue of how someone can obtain capital, but that is the subject for the next posting on this subject.

By positing a balance between production and consumption, Say’s Law restores a rational theory of, and approach to economic growth without government or anyone else trying to control the economy, especially by creating money not backed by the value of existing or future production.  If someone cannot consume all that he or she produces, whether directly or indirectly, then a rational person will not produce that much, nor accumulate more than can be consumed within a reasonable period of time or for an unforeseen emergency, e.g., “saving for a rainy day.”

A Keynesian would immediately object to this explanation of Say’s Law — but not because it overturns Keynes’s ostensible reason for rejecting it, at least directly.  Keynes rejected Say’s Law because he claimed it does not work . . . which is a reasonable conclusion under the Keynesian assumption that only labor generates consumption income and money is a special creation of the State to be manipulated at the will of those who control the government.

No, the Keynesian (and Keynes, if he could think about it instead of remaining a defunct economist) asserts — without proof — that savings must first be accumulated by reducing consumption, and that this can only be accomplished by having very wealthy people, who cannot consume all they produce, accumulate the vast amounts of wealth essential to finance new capital formation.  In the Keynesian universe, “economic growth” is geared not to consumption, but to accumulation of wealth for the sake of producing more wealth that cannot be consumed.  Wealth accumulation and concentration becomes an end in itself, which is not a sound basis for economic growth or economic justice.

In contrast to the standard Keynesian approach is the concept of “binary growth.”  Where in Keynesianism an economy is doing well — in the short run (“In the long run we’re all dead” — Keynes) — when a few people own enormous amounts of capital and most people own nothing, in a system run on the principles of binary economics a sound economy is one in which as many as possible of the people can and do own enough capital to supplement or replace wage income.  Where in Keynesianism economic growth occurs because people want to accumulate more, in a personalist economy run on the principles of binary economics growth occurs because people want or need to consume more.

This is consistent with Adam Smith’s first principle of economics: “Consumption is the sole end and purpose of all production.”  An economy grows because of an actual increase in actual people’s natural wants and needs (which is objective knowledge), not to satisfy the greed of a few for money (capitalism) or power (socialism) or in anticipation of increases in aggregate demand (which is subjective opinion).  Growth is steady, and the “business cycle” of boom and bust largely disappears, being confined to obvious anomalies like the Tulip Mania or the South Sea Bubble.  (The Mississippi Bubble was a combination of similar speculative frenzy combined with the government issuing vast amounts of unbacked, fiat money.)

In a binary personalist economy, expanded capital ownership unleashes un- or underutilized capacity of the economic system to produce in greater abundance for everyone instead of ultra-abundance for a few and bare subsistence (or worse) for the many.  There could be less wealth in a binary personalist economy than in a Keynesian economy, but individual net wealth and median wealth would be immensely greater.  An economy would be vastly wealthier in real terms.  All people would have more, not just a few.

Creativity and productivity activity would be encouraged as people got direct benefit of increased effort instead of being discouraged by seeing all benefits flow to others.  In nineteenth century Ireland, for example, dire poverty was widespread, one reason being that any improvement a tenant farmer made in the land meant that the rent went up, and could be evicted at the whim of the landlord if someone was found willing to pay a higher rent for the improved land.  If one wanted to survive at all, it was best to keep everything at a marginal level so no one would want to offer more.  It also meant that disaster, like An Gorta Mór — the Great Hunger of 1847-1852 — was always right around the corner.

Instead of hoarding unconsumed wealth to finance the creation of more wealth — usurious, if not, strictly speaking, the classic definition of usury — production for consumption instead of reinvestment means that everything that is produced also creates the consumption power to put the production to its proper use: consumption.  Consistent with Say’s Law, each person either consumes directly what he or she produces, or trades it to others for what others have produced.  In that way, potentially everything that is produced is consumed.  This stabilizes and reinforces both productive capacity and consumer demand.

Interfering with Say’s Law obviously disrupts economic equilibrium by producing goods not meant for consumption, or creating demand not backed by production.  Keynesian economics does both, by mandating that to finance new capital formation there must be more produced than can be consumed (and which, paradoxically, must be consumed in order to generate the money savings to finance the new capital!), and by “stimulating demand” by creating money backed by government debt.  In this way Keynesian economics promotes materialistic consumerism, waste and greed to generate funds for reinvestment, super-concentration of wealth, and destabilizes the political system as well as the economic system.

Widespread ownership would go a long way towards correcting this problem . . . but only if there is some just and financially feasible means by which people without savings can acquire and possess private property in capital — which will be the subject of the next posting on this subject.