• Mel Rosenblatt. We are saddened to report the death this past week of Melvin H. Rosenblatt, past president of Mid South Building Supply, Inc., one of the premier worker-owned companies in the U.S.  As one of the prime movers behind the effort for Mid South to adopt an Employee Stock Ownership Plan, it is fair to say that it probably would not have happened without him.  The hundreds of Participants and thousands of customers of Mid South owe him a great debt of gratitude. 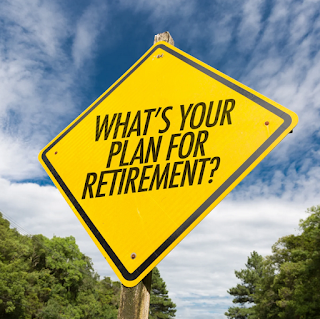 • Rethinking Retirement.  With the pandemic, many people have been forced to rethink their position on traditional retirement planning, and even the concept of retirement itself.  The pandemic exposed the glaring fact that an economy can continue to function, even flourish (at least from a certain perspective) even after a large number of people have been forced to cut back on their labor inputs.  At the same time, the number of ultra-wealthy people has increased by (relative) leaps and bounds.  This strongly suggests that what Louis Kelso claimed more than half a century ago is absolutely true: that human labor is being removed from the production process at an increasing rate, and that ownership income has become far more important than labor income. So what is the solution?  Turn as many as possible of the people into capital owners, so that everyone benefits directly from the productive capacity of capital instruments, rather than indirectly as wage workers filling unnecessary jobs or welfare recipients getting redistributed wealth.  This can be done — and done now with a few essential changes in the system — through the Economic Democracy Act. 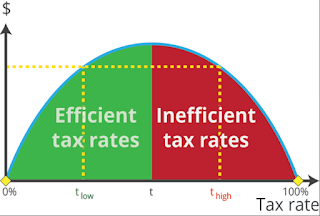 • Revenue Whammy.  The new corporate tax proposals help to underscore a paradox within the current past savings paradigm.  There can be no income (or consumption) for anyone if nothing is produced, and corporations produce the bulk of marketable goods and services in the United States.  At the same time, there can be no production or redistribution if nothing is produced, either.  Increasing the corporate tax rate is a disincentive to produce, so tax policy is — at least within the past savings paradigm — a tightrope walk between encouraging production to have enough to redistribute or tax for government expenditures, and discouraging production by redistributing or taxing it.  Ironically, this is only a problem when an economy is trapped within the past savings paradigm and is locked into the labor theory of value.  Given those two circumstances, the idea that all citizens should own capital as well as labor so that they can always be productive is so alien as to seem nonsense, but once the basic assumptions of economic personalism are understood, it is difficult to see how anyone could oppose them.  If capital ownership were widespread, and every owner had the full rights of ownership (such as the full stream of income attributable to that ownership), there would be no justification for the vast bulk of government expenditures, and thus for increased taxation. 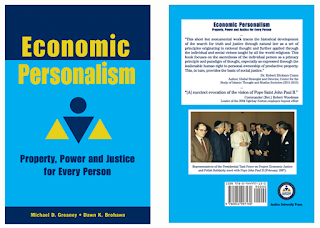 • Blog Readership.  We have had visitors from 18 different countries and 34 states and provinces in the United States and Canada to this blog over the past week. Most visitors are from the United States, Canada, United Kingdom, India and Switzerland.  The most popular postings this past week in descending order were “News from the Network, Vol. 14, No. 13,” “JTW Podcast: Robert Ashford on Binary Economics,” “Financing Future Growth,” “Property, Power and Production,” and “The Demands of Human Dignity.”