How Not to End Racism or Be Socially Just

As regular readers of this blog are aware, we have examined the thought and works of noted social justice advocate Msgr. John A. Ryan (1869-1945) of the Catholic University of America.  We wanted to measure the consistency of Msgr. Ryan’s social justice doctrine with the Just Third Way understanding of social justice.  We also looked at Msgr. Ryan’s activities in regard to Ven. Fulton J. Sheen, who seems to have been a special object of attention by Msgr. Ryan.

In the meantime, the (alleged*) murder of George Floyd raised certain questions and brought the issues of racism and social justice to the fore.  Purely by coincidence, there is a tie-in between the two subjects with the uncovering of some previously suppressed facts about Msgr. Ryan that stunned a number of individuals who revere the man known as “The Right Reverend New Dealer.”

* It is a fundamental principle of law in the United States that someone is innocent until proven guilty.

First, there was Msgr. Ryan’s connection with the “radio priest” Father Charles Coughlin.  While researching the history of social justice in the 1930s and 1940s, we came across a number of newspaper articles from that period reporting facts that later historians have either ignored or covered up.

It turns out that Msgr. Ryan and Fr. Coughlin were on very friendly terms.  Both were carrying FDR’s water to Catholics; Msgr. Ryan appealing to Catholic academics and intellectuals, and Fr. Coughlin pitching the New Deal to his “blue collar” fan base.  At one point Msgr. Ryan declared that Fr. Coughlin was “on the side of the angels” (Donald Pond, “The Crusader of the Air: Boos for Al [Smith] Mark Father Coughlin’s Attack on ‘Happy Warrior’,” The Pittsburgh Press, Tuesday, January 9, 1934, 21).

Neither Msgr. Ryan nor Fr. Coughlin appeared to have any use for Al Smith, FDR’s principal Catholic nemesis in the Democratic Party . . . at least until Huey Long briefly supplanted him.  The late Senator Russell Long of Louisiana, the Kingfish’s son, was convinced that FDR had his father killed.

Senator Long, by the way, was a supporter of the Just Third Way (although not under that name), and characterized it as a definite improvement over “[his] Daddy’s Robin Hood-style populism.”  Senator Long championed the initial enabling legislation for the ESOP after meeting with ESOP-inventor Louis O. Kelso and CESJ co-founder Norman G. Kurland.

Returning to our story, when Fr. Coughlin became disenchanted with FDR and the New Deal, however, and Fr. Coughlin threw his support to Huey Long, Msgr. Ryan attacked him bitterly.  (“Monsignor Raps Father Coughlin: The Right Rev. John A. Ryan Speaks Under Democratic Auspices,” The Spokesman-Review (Spokane, Washington), Friday, October 9, 1936, 2.)  [Note that the dates of the newspaper reports often do not coincide with the dates of what was reported.  Secular newspapers, although more open in those days to reporting religious news, would often wait to report it when it became "newsworthy" and somewhat entertaining, as a fight between two Catholic priests would be to anti-Catholics.  Thus, you would often have newspapers reporting a religious news event weeks after it happened, if only to explain a recent, follow-up event in context.]

The back-and-forth between Msgr. Ryan and Fr. Coughlin became so acrimonious that it attracted international attention.  Archbishop Michael Curley of Baltimore called on both Msgr. Ryan and Fr. Coughlin to “do a great favor to the church [sic] and to the country at large” by “retir[ing] for some time to the Carthusian order, where perpetual silence is observed.” (“Church Organ Raps Priests: Paper Says Coughlin And Ryan Should ‘Rest A While’,” Reading Eagle, October 16, 1936, 2; “Coughlin and Ryan Asked to ‘Shut Up’,” The Florence Times, October 16, 1936, 1.)

Eugenio Pacelli, the future Pope Pius XII, refused to have anything to do with either of them.  (“Cardinal Pacelli Arrives in New York for Visit,” Lewiston Daily Sun, October 2, 1936, 1.)  Of course, both Msgr. Ryan and Fr. Coughlin appear to have been known already to Cardinal Pacelli for their activities against Fulton Sheen at Catholic U. and the overtly political and anti-Semitic radio addresses, respectively.  Msgr. Ryan’s calls for a socialist economy and greater State control of business didn’t help his reputation at the Vatican.  (“Says Planned Production Is Nation’s Need, Monsignor Ryan Speaker At Catholic Social Action Congress,” Pittsburgh Post-Gazette, June 13, 1939, 3.) 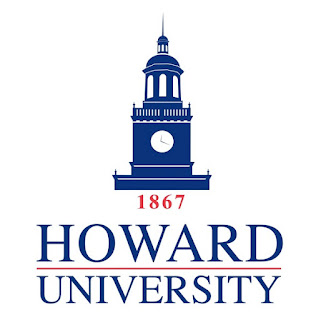 It’s when we get to Msgr. Ryan’s views on race relations, however, that things get . . . we’ll say “interesting.”  Others might be tempted to say “disgusting” or “hypocritical,” while yet others might be contented to describe Msgr. Ryan as insensitive, coarse, and oafish, and possibly just a teeny bit rude.  We won’t bother to accuse him of racism, as his own words do that better than we ever could.

It seems that Msgr. Ryan gave a talk at Howard University, one of the United States’ finest “Historical Black Colleges,” on March 2, 1943, before an audience consisting (surprise) almost entirely of Black Americans . . . a fact of which Msgr. Ryan should have been aware or at least suspected in advance, and for which he should have prepared by getting ready to answer some possibly pointed questions.  Before the day of treating colleges and universities as job training centers and babysitting services, students tended to act intelligently and ask actual questions instead of sitting back and having politically correct and socially acceptable attitudes pumped into them like pabulum.

Evidently Msgr. Ryan got off to a great start in his talk when he insisted that segregation (“jim crow”) was essential to prevent intermarriage of Blacks and Whites.  (Michael Carter, “Colored Girls May Not Live in Catholic University Dorms: Rev. John Ryan Says Two on Campus Are Haitians, but That Is Different,” Baltimore Afro-American, March 20, 1943, 14.)  This did not go over well for some reason.

Despite the obvious lack of enthusiasm the audience at Howard U exhibited for his support for continued segregation, Msgr. Ryan then really pulled out the stops.  He attempted to tell a “joke” in extraordinarily poor taste (to say the least).  He used a word that starts with “n”, ends in “r” and has “ig” in the middle.  This word was not generally used in polite company even in 1943 — much less before a Black audience.  When Msgr. Ryan told his “joke”, “[t]he audience gasped.  That epithet had not been heard at Howard University in a good many years from the platform.” (“H.U. Gasps as Monsignor Uses Epithet,” Baltimore Afro-American, March 20, 1943, 14.)

Other sound bytes included, “Of course, intermarriage is out.”  “I don’t know any reasons for a mixed army.”  “[E]conomic equality does not go hand in hand with social equality. . . . There is a border between economic equality and intermarriage.”  “Jobs are the most important things.”

Msgr. Ryan evidently didn’t know that an economically just society must also be politically just, legally just, and every other kind of just in order to be socially just; social justice is the particular virtue directed to the institutions of the common good to ensure that all — and that means all — other virtues can function properly.

No, Msgr. Ryan’s principles of what he called “social justice” seemed to be 1) keep people, especially Jews, Blacks, Orientals, capitalists, orthodox Christians, anyone who disagreed with him, etc., etc., etc., in the places to which he assigned them, 2) institute fascist socialism to ensure government control of the economy and Jobs For All . . . including picking cotton, evidently, and 3) maintain the status quo established by the currently wealthy and powerful.

An interesting commentary on the last, Msgr. Ryan’s anxiety to maintain the status quo (i.e., suck up to the rich and powerful; more common among socialists than many people think) is provided by his attitude to the Easter Rising in Dublin in 1916.  As a Democratic Party hack and a wannabe power behind the throne, Msgr. Ryan quickly followed the lead of the anti-Catholic and racist administration of Woodrow Wilson:

A real solution to the current crisis of racism in the world and, especially, in the United States, is not to pour gasoline on the fire in the form of such failed “social justice” initiatives as those promoted by Msgr. John A. Ryan.  Rather, the goal should be to provide the essential economic foundation for a society that can embody all forms of justice through a program of expanded capital ownership, in which those who are currently treated unjustly can lead the way be being in the front lines of those demanding the Capital Homestead Act.