Although it’s still being hashed out, the whole “Defund the Police” movement demands some kind of response.  At first glance, it sounds like a typical hysterical overreaction to an injustice or some kind of immoral behavior, i.e., “throwing the baby out with the bath.”  In response to the abuses of private ownership in capitalism, socialism calls for the abolition of private property.  Because some people abused alcohol, the 18th Amendment and the Volstead Act banned alcohol after nearly a century of effort. 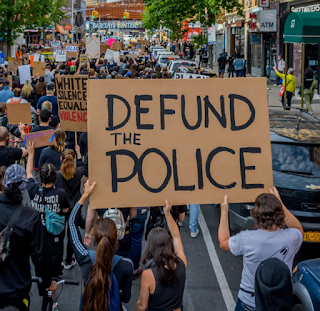 At second glance, it still sounds like a hysterical overreaction.  Although it’s not entirely clear that everyone demanding that the police be defunded is calling for their abolition or even intends it, that is what it amounts to.

It’s easy to say that in theory no law enforcement is better than bad law enforcement, or that bad examples prove the entire system is corrupt.  After all, socialism is predicated on the assumption that it is possible to establish and maintain what the early socialists called “the Kingdom of God on Earth” — a perfect society for perfect people — simply by changing human nature and abolishing all the old, presumably corrupt institutions such as organized religion, traditional political forms, and marriage and the family.  Unfortunately, as the late Fulton J. Sheen pointed out in his book, Philosophies at War (1943),

It is simply impossible to have millions of men in the world living according to their pagan principles, and not produce the modem chaotic world in which we live. This idea of a “Heaven here below” is the surest way to make a hell upon earth. The universe thus becomes a multiplicity of self -centered little deities; the coat of arms of each is a big letter “I,” and when they talk their “I” ’s are always getting closer together. (Fulton J. Sheen, Philosophies at War.  New York: Charles Scribner’s Sons, 1943, 94-95.)

The plain, historical fact is that when conventional law enforcement is inadequate or disappears altogether, you may get anarchy for a while, but a strongman or two will step up and take charge, or vigilantes will form.  Nature abhors a vacuum, and human nature abhors a power vacuum. 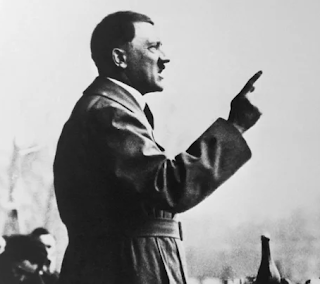 If people get really, really lucky, the dictator or vigilantes will step down or disband once order is restored.  That sometimes happened in the American west once the federal government sent in marshals or the people were able to hold elections or make appointments.

More often, however, those who seize power tend to want to hold on to it, especially if they have already demonstrated that they have the power to impose their wills on others.  Further, dictators and vigilantes tend to ignore things such as the guilt or innocence of those they kill, or due process designed to protect the rights even of extremely unpopular accused persons.  Often it’s enough simply to be in the way of something the boss wants done, or maybe just not have the right friends or any at all.  Witch hunts never seem to target anyone who is popular; it was illegal in Nazi Germany to go against “sound popular feeling.”

The people demanding the defunding of the police do have a point, however.  Funding — money — is the solution . . . but only if you implement and use it the right way. 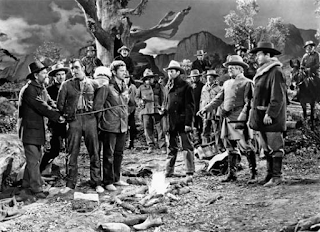 Who pays the police generally determines where their loyalties lie.  In the “Old West” the town marshal or the county sheriff knew exactly who it was paid his salary: the citizens he or she was paid to protect.  True, if a town was unjust, racist, under the control of a gang or the mob, or financially dependent on a single person or a small group, or was a company town, or a thousand other ors, there was a good chance that law enforcement officers would be responsible for unjust or even criminal acts.

The solution in that case, however, is not to abolish law enforcement, but to make certain the average citizen has economic power and that the lavish pay many people presume police and others pull down is more directly dependent on the average citizen.  “I pay your salary” is often a ludicrous joke in the mouth of someone caught in wrongdoing, but there is more than a grain of truth in it.  It can be a genuine threat to a law officer who is doing something wrong.  His or her superiors tend to pay attention to the people who owe their positions to the rich and powerful, and arresting the wrong person or one with friends in the right places can be hazardous to a police officer’s continued employment.

That is why people who are descendants of slaves in the United States or anywhere else in the world should take the lead in pushing for an aggressive program of expanded capital ownership and economic empowerment, such as CESJ’s Capital Homesteading proposal.