Getting Down to Solutions

A while ago on June 3 there was an interesting piece on the causes of the “civil unrest” following the death of George Floyd.  An article titled “The Solution” by Dale Ahlquist of “The Society of Gilbert Keith Chesterton” appeared in Catholic World Report.

Reporting from Minneapolis, more or less Ground Zero for the latest wave of disasters, Mr. Ahlquist gave as his considered opinion that what the world needs now is education.  We agree, although Mr. Ahlquist seemed a little short on specifics.  As he said, 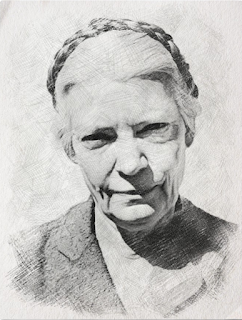 One of the commentators, however, was not short on specifics.  In fact, he seemed downright particular (in a rather loose way) as to how to bring about racial justice and prevent the sort of thing that’s been going on.  As he said (and we have not altered so much as a comma or a space),

The violence of poverty is a sin. The fact that most people ignore the 140 MILLION Americans in poverty is a sin that Colin Kaepernick asked all of to examine and DO SOMETHING about. Dorothy Day said that our problems stem from this filthy rotten government which people support by the millions. Catholic Justice says we are fulfilled by our work. George Floyd was poor. Cops are assigned to control the impoverished in this hateful, big business, dogeatdog culture. I hope the Chesterton Academies draw attention to the dire need for full employment at JUST wages and profits.

The commentator made some interesting points in his commentary on Mr. Ahlquist’s piece, although they might bear a little correction and clarification.  For example, the quote attributed to Dorothy Day was not in reference to “this filthy rotten government,” but to “this filthy rotten system.”  There is also the problem that, although this may be Day’s most often quoted statement, she may never actually have said it. 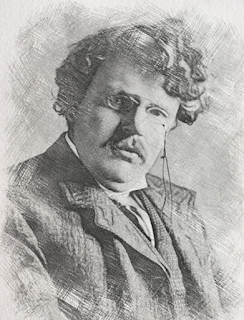 More to the point, however, the commentator gave the impression that Dorothy Day advocated the wage system and the Keynesian palliative of full employment, i.e., in his call for the Chesterton Academies to “draw attention to the dire need for full employment at JUST wages and profits.”  Frankly, it could be argued that is what got us in this mess to begin with (to say nothing of part of the problem is not people supporting government, but the government supporting people. . . .)

Anyway, Day was certainly in favor of paying people a just wage and of people making a just profit.  Her emphasis was not, however, on forcing a condition of dependency on people by maintaining them as “wage slaves,” even if well-paid, especially by the government.

Day, in fact, was fond of citing G.K. Chesterton and Hilaire Belloc in reference to an economy characterized by widespread ownership of capital.  She often quoted Peter Maurin’s aphorism that “property is proper to man.”  Labor statesman Walter Reuther also began advocating widespread capital ownership shortly before his death.

As CESJ co-founder Geoff Gneuhs, who was chaplain to Dorothy Day and the New York Catholic Worker, noted, Day was strongly opposed to a government-enforced Welfare State, whether social security legislation or a mandatory minimum wage; she regarded such things as “a great defeat for Christianity” (February 1945 issue of the Catholic Worker). 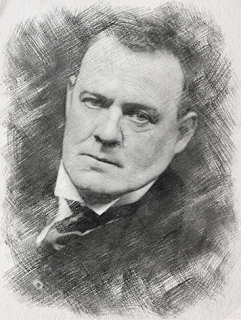 There is, however, something better than demanding simply a continuation of the current unjust system by advocating more of the same, only more so.  As Geoff noted in a letter to America magazine to refute the implication that Dorothy Day was a communist (which America refused to publish),

I would, however, suggest that there is a Just Third Way, a doable, practical tool to help create a personalist social order.  The interfaith Center for Economic and Social Justice (CESJ) in Arlington, Virginia, of which I am a founding member, promotes what are called Capital Homesteading Accounts (CHAs) that would be for every child, woman, and man in America, and that could be adapted — and adopted — by every country in the world.

Co-founded in 1984 by Dr. Norman Kurland (who was instrumental in the passage through Congress of the initial enabling legislation for Employee Stock Ownership Plans in 1973), CESJ recognizes the sovereignty, freedom, and dignity of the human person, the right to private property, and the free market.  It is a strong critic of “rigid capitalism” to use Pope John Paul II’s  term.