Turning the Other Cheek


In semi-response to yesterday’s posting on “Social Justice and Science Fiction,” some individuals — not very many, admittedly — decided to chastise us and those science fiction and fantasy writers, fans, and others who commented on, protested, or in any way drew attention to what appears to be a serious situation in “fandom.”  It seems that when someone or group is (allegedly) unjustly under attack, the “Christian” thing to do (although nobody had previously brought up Christ or any other religious figure), is to knuckle under to the (alleged) bullies and their friends and supporters, and “turn the other cheek.”


It seems that for those who have any claim to being Christian (although nobody had previously mentioned claiming to be Christian, Jewish, Muslim, Pagan, or anything else in the discussions) the injunction to turn the other cheek not only precludes defending one’s self, but also forbids protecting one’s dependents, shielding the innocent, and caring for the institutions of the common good.
We even asked one of the two Exceptionally Virtuous Persons (EVPs) who chastised us (we told you there weren’t very many) for commenting favorably on those who stood up for themselves in the face of what appeared to be obvious injustice whether we are to “turn the other cheek” if someone kicks our child, and cringe and beg forgiveness for getting someone’s jackboot all messy with the child’s blood?  The EVP didn’t answer in so many words, but continued to condemn anyone who protested injustice by doing anything other than rolling over, begging, and putting a good shine on the bullies’ boots with his tongue.
Even for Christians, however, does turning one’s cheek include letting an injustice stand or allowing the guilty to triumph? Yes, we are told to forgive insults to ourselves, but to others?  In our opinion, absolutely not. 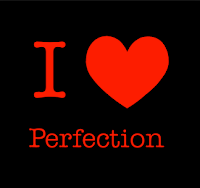 What has (allegedly) been done to “conservatives” in science fiction and fantasy fandom is institutional in nature, and therefore relates to the common good, which is the common possession of all.  If someone to whom an injury has been done were to remain silent, those who did wrong are not only allowed to get away with what they did, but strongly encouraged to repeat it with others. That is why the maxim of the law is qui tacit consentire: “he who is silent consents.”  If you remain silent in the face of injustice, you consent to that injustice, and may yourself be deemed guilty of injustice, and without justice, there is no charity.
Suppose, however, the attack is purely personal, between two people, and does not involve any other individuals, groups, or the common good as a whole?  Suppose it’s just a case of John Doe telling Richard Roe, “Your fiction stinks.  I’m not going to buy it, and I’m telling all my friends what I think.”
In that case, yes, Richard Roe would, if he wished to be as perfect as Christ (or as perfect as he could be, given the fact that Christians believe Christ to be God incarnate), then turning the other cheek would be in order.  He would voluntarily be giving up his right to self-defense, but he might be a better person for it.
The problem is that organizing to deny someone his rights and restricting participation to an institution ostensibly open to any who qualify, however, is not a personal matter.  It is not merely individually unjust, it is socially unjust as well, and that makes it a public matter.
Doesn’t the Bible say to turn the other cheek?  Yes — but 1) only the EVP mentioned the Bible as the rule of behavior, and then only his personal interpretation of it, and 2) Scripture is not the whole of the law, nor the sole guide to behavior, even for Christians.  Surprising many people, nowhere in the Bible does it say that the Bible is the only guide you need, so (logically) the precept that the Bible is the only guide must have come from somewhere else, such as one’s personal faith.  2 Timothy 3:16 says, “All Scripture is God-breathed and is useful for teaching, rebuking, correcting and training in righteousness.”  It doesn’t say “mandatory” or “essential.”  Just “useful.”
The Bible also says that people aren’t expected to interpret the Bible for themselves . . . especially when judging others (which they’re also not supposed to do) . . .
Now an angel of the Lord said to Philip, “Go south to the road—the desert road—that goes down from Jerusalem to Gaza.”  So he started out, and on his way he met an Ethiopian eunuch, an important official in charge of all the treasury of the Kandake (which means “queen of the Ethiopians”). This man had gone to Jerusalem to worship,  and on his way home was sitting in his chariot reading the Book of Isaiah the prophet.  The Spirit told Philip, “Go to that chariot and stay near it.”
Then Philip ran up to the chariot and heard the man reading Isaiah the prophet. “Do you understand what you are reading?” Philip asked.
“How can I,” he said, “unless someone explains it to me?” So he invited Philip to come up and sit with him. (Acts, 8:26-31.)
Why even drag the Bible into this?  One might as well say that there is no Biblical injunction against denying an application to the SFWA, therefore it is okay, and that eating french fries is wrong because potatoes are not mentioned in the Bible. 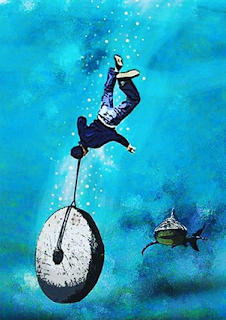 No, turning the other cheek relates to personal injuries, not to those done to others, our dependents, or the institutions of the common good as a whole.  Further, turning the other cheek is a counsel of perfection, not a general rule of life, or Jesus would be a liar, as He came to fulfill the law not destroy it, and the law demands reparation for injuries, “an eye for an eye.”
Consequently, if you would be perfect, you are urged to forgo even justice for injuries and injustices done to you, not to others, especially children, for which Jesus said they should have millstones tied around their necks and be thrown into the sea (Luke 17:2).  Why didn’t Jesus just say that we should turn the other cheek to false teachers, pedophiles, and those who support and protect them?  Or was He contradicting Himself? No, we may disagree with the manner in which some people express themselves when legitimately defending themselves, but someone not only has the right, but the duty to defend himself and others when the matter has gone from personal to social.
The problem is that, even when this is explained, there are those who take such “counsels of perfection” (e.g., giving away all you have, turning the other cheek, etc.) not as an ideal for which to strive, but as the minimally acceptable standard of behavior.  In their efforts to impose a heaven on Earth, as Fulton Sheen pointed out, such perfectionists would very effectively create a living hell.
For example, let us suppose — just for the sake of the argument — that there was a culture of pedophilia and child abuse in, say, science fiction fandom and, oh, perhaps the entertainment industry as a whole.  We are not, of course, suggesting any such thing, this is just an example, something completely outrageous, a reductio ad absurdum to make the point, an exaggeration.
If such were the case (and we are not saying it is the case), it would be to the advantage of those within those institutions to silence anyone who might reveal what is going on, or attack and destroy the reputation of anyone who broke the rule against speaking out against such injustice.  In this they would be very ably assisted by those who, under the mistaken idea that turning the other cheek means allowing criminals and bullies to get away with anything they choose, also attacked those who spoke out, condemning them for their uncharitable and un-Christlike behavior.
Is that Christianity? Is that even sane?
Not according to some.  G.K. Chesterton called that sort of thing the invention of a new religion under the name of Christianity.  Msgr. Ronald Knox called it “ultrasupernaturalism” or “enthusiasm.” Fulton Sheen called it “religion without God,” the creation of a man-centered faith that relegates God to the servant of collective man and exalts personal opinion over true knowledge. The Nazis called it “the Triumph of the Will.”
The very fact that someone would chastise others for not turning their cheek suggests that at some level he actually agrees with this analysis. He would otherwise be contradicting himself by speaking out against the injustice presumably committed by one person against others, for speaking out against the injustices presumably committed by those others!  In other words, he would be condemning someone for condemning someone!
You can’t have it both ways, or as the aphorism goes, you can’t have your cake and eat it, too.
#30#
Posted by Michael D. Greaney at 6:00 AM