Many things are in the works right now that we expect to bear fruit over the coming year, but not much on which we can report.  Mostly what we have this week are a few comments on ongoing projects and what we expect to do in the near future:


• Michigan Meeting at Lincoln Park.  The meeting that had to be cancelled due to a flight cancellation has tentatively been rescheduled for April or May.  This may actually have been a blessing in disguise, as Dr. Norman Kurland, the key presenter, has some other, similar presentations scheduled, and the extra time will not only allow more participants to be invited, it will allow for a more polished presentation after more rehearsals.
• Official Book Release.  Monday, January 15, 2018, was the official release date of Ten Battles Every Catholic Should Know.  Although only a Just Third Way book in the larger sense of the term, the publisher has indicated interest in doing a more JTW-themed book should this one be a success.  Fortunately, the book is already doing well, and one of the editors has already expressed interest in a follow-up project with a more integrated Just Third Way theme. 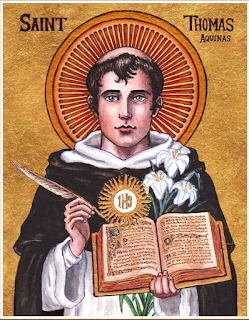 • Red Star Over Bethlehem.  The new introduction to the book is in the final stages of editing, and we expect to have a first draft of the foreword within the next couple of weeks (right, Dr. Steve?).  We are currently also following up with an expert in natural law to ensure that our take on that is consistent with sound Aristotelian and Thomist philosophy.  From the “pre-reviews” we’ve gotten from proofreaders, this book promises to be an important contribution to the discussions on social justice as well as to the history of the term and what it has meant over the years in different circles.
• Government Shutdown?  Until the United States adopts Capital Homesteading monetary and tax reforms, expect this sort of thing to continue and become increasingly frequent.  It is not enough to slow down the rate of growth in the deficit.  It is becoming increasingly important that steps be taken to eliminate it, and put the American economy back on a productive basis, not mistaking stock market gambling for true economic growth.
• Shop online and support CESJ’s work! Did you know that by making your purchases through the Amazon Smile program, Amazon will make a contribution to CESJ? Here’s how: First, go to https://smile.amazon.com/.  Next, sign in to your Amazon account.  (If you don’t have an account with Amazon, you can create one by clicking on the tiny little link below the “Sign in using our secure server” button.)  Once you have signed into your account, you need to select CESJ as your charity — and you have to be careful to do it exactly this way: in the space provided for “Or select your own charitable organization” type “Center for Economic and Social Justice Arlington.”  If you type anything else, you will either get no results or more than you want to sift through.  Once you’ve typed (or copied and pasted) “Center for Economic and Social Justice Arlington” into the space provided, hit “Select” — and you will be taken to the Amazon shopping site, all ready to go.
• Blog Readership.  We have had visitors from 44 different countries and 45 states and provinces in the United States and Canada to this blog over the past week. Most visitors are from the United States, Canada, India, the United Kingdom, and Australia.  The most popular postings this past week in descending order were, “The American Chesterton, XI: The Disciple of Common Sense,” “The Time for New Wine,” “News from the Network, Vol. 11, No. 02,” “The Abraham Federation,” and “Thomas Hobbes on Private Property.”
Those are the happenings for this week, at least those that we know about.  If you have an accomplishment that you think should be listed, send us a note about it at mgreaney [at] cesj [dot] org, and we’ll see that it gets into the next “issue.”  If you have a short (250-400 word) comment on a specific posting, please enter your comments in the blog — do not send them to us to post for you.  All comments are moderated, so we’ll see it before it goes up.
#30#
Posted by Michael D. Greaney at 3:34 PM