The Time for New Wine


Today we have a guest blogger, Dawn K. Brohawn, CESJ’s Director of Communications, who crafted this New Year’s message a short time ago.  Although it’s a New Year’s message, it is appropriate for any time of year:


Do you agree that America is becoming more and more divided? Do you agree that opportunity, prosperity and power are flowing to fewer and fewer people at the top, while more and more people are falling to the bottom? Do you agree that our old ideas and ways of thinking, and our old solutions, are not offering a better future for every one of us?
If so, maybe it’s time for a “new, more just way” — time for us to discard the bitter dregs of the past, and together make “new wine” in which all can partake. 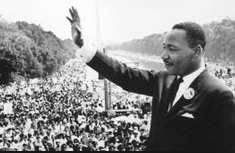 Rev. Martin Luther King, Jr. dreamed of a future where the descendants of American slaves would sit at the banquet table with the descendants of American slaveholders — and with them the descendants of those who dwelled here before and those who later made America their home. Rev. King reminded us that all of God’s lives matter and have infinite value.
But we keep drinking from old bottles the same dregs of slavery. We’ve traded one monstrous form of slavery for the more subtle, modern forms of wage slavery, welfare slavery, charity slavery, and consumer and government debt slavery. We keep ignoring one simple, universal and eternal truth that could set us all free: “Own or be owned.”
Whether it’s dependency on a job that might disappear, or dependency on a government that might cut social programs, it’s dependency. It robs people of their dignity, freedom and power as citizens. 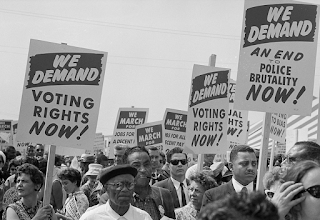 On the other hand, property (meaning the rights of ownership) has always conferred power on those who own and control productive wealth and have the right to its fruits. Property gives economic power in the same way the ballot gives political power. Without economic power, political power is weak and vulnerable.
A more unifying, democratic and just way forward is not to pull down the rich, or hand economic power over to government or a small elite. The new vision — the new wine of our future — is to enable every child, woman and man to share in, and become economically empowered through, ownership of future capital growth and transfers. Each of us must become the master of job-displacing technologies, and not remain a slave or victim. 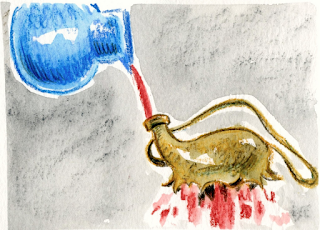 And yet, as the Bible tells us, “No one puts new wine into old wineskins: otherwise, the wine will burst the skins, and the wine is lost, and so are the skins: but one puts new wine into fresh wineskins" (Mark 2:22). Our old ways of thinking and acting will never change if they remain bound by old ideas, old beliefs and old systems that have proven themselves divisive, unworkable and unjust.
Today in the 21st Century, we have to think of solutions beyond wages and welfare, to how we can realize the universal and equal right of every person to become an economically self-sufficient owner of capital, without infringing on the ownership rights of others. Enshrined in Article 17 of the United Nation’s “Universal Declaration of Human Rights,” this right extends beyond Americans to every citizen of the world.
But we also need the new “wineskins” to help make the new wine. Specifically, we need to re-examine and reform our laws and institutions  — particularly our money and credit, tax and inheritance systems — which dictate who will own the future and where the money will come from to acquire future productive capital.

When robots, artificial intelligence and self-driving vehicles take your job, this can either be a threat to your livelihood and life, or a new source of income for you and your family. A reformed economic system would allow every child, woman and man to become financially independent, to prosper, and to develop to his or her fullest human potential.
These new ideas and new solutions are available, waiting for the new wineskins to bring forth the new vintage. First, however, we must unlearn our old assumptions in order to learn the new possibilities. Then we must all work together, united around a sound plan of action, to transform the habits, structures, systems and institutions that now bring about conflict, corruption, violence and poverty.
Like using new wineskins to make new wine, we need to introduce new ownership- and power-diffusing structures, systems and institutions that support the dignity, empowerment, opportunity, and prosperity of each human person.

For more information on strategies to enable every citizen to become an owner of productive capital, visit the global library of the Center for Economic and Social Justice (www.cesj.org) and the website of the Unite America Party (www.uniteamericaparty.org)