The year is still pretty young, but things are starting to happen.  CESJ had its quarterly board meeting this past week, and people from across the country and around the globe had a number of interesting things to report, some of which are covered below: 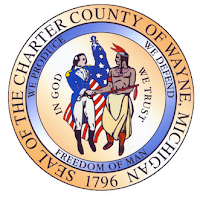 • CESJ Quarterly Board Meeting and Community Forum.  The CESJ quarterly board meeting and Community Forum was held Monday, January 22, 2018, in Arlington, Virginia.  The principal item discussed was setting the date for the CESJ annual celebration and membership meeting in light of a possible conflict with another important event in Detroit, Michigan.
• Wayne County Project.  The potential conflict with the CESJ annual celebration is the possibility of something happening in Wayne County, Michigan.  A project there could not only revive the area but also get a toehold at the Federal Reserve and for ownership unions.  Chris D.. a local politician, has been making a lot of contacts, all the way up to the mayor and a number of state politicians.  Chris has said he likes the idea of the CLB and the HEC. 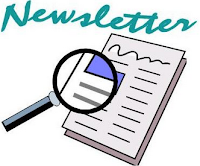 • CESJ/GJM Newsletter. Dan Parker has been developing an outline and deciding what kind of information would go in to a newsletter, with a target launch date of March of this year.  Dan bought a program for mailouts and thinks he should be able to convert data from Mailchimp, which is what we’re using now.  He thinks the newsletter should be global in scope, and (of course) have the CESJ logo
• Just Third Way Podcast. We need to set up a meeting with Dave Hamill, who is hosting the podcast, and set up future recording sessions.  Dan Parker would be a good interview subject, and maybe some recordings on how crypto currencies  can help bring about the Just Third Way.

•  Hartford, Connecticut.  Russell Williams reported that he is looking at a lot of projects in Hartford.  He has been sounding out local colleges and universities as potential partners in CESJ and Justice University projects.  The insurance community might start embrace what we’re trying to do.  Capital credit insurance and reinsurance would go a long way toward making this happen.
• Official Book Release.  Monday, January 15, 2018, was the official release date of Ten Battles Every Catholic Should Know.  Although only a Just Third Way book in the larger sense of the term, the publisher has indicated interest in doing a more JTW-themed book should this one be a success.  Fortunately, the book is already doing well, and one of the editors has already expressed interest in a follow-up project with a more integrated Just Third Way theme.  Al Smith in Canada reported that he sold three copies recently at a conference.  TAN Books, the publisher, may soon be able to start a publicity campaign.

• Red Star Over Bethlehem.  The new introduction to the book is still in the final stages of editing, and we expect to have a first draft of the foreword within the next couple of weeks written by a professor of philosophy at a Catholic college.  We are currently also following up with an expert in natural law to ensure that our take on that is consistent with sound Aristotelian and Thomist philosophy.  Some “tweaks” are being made to the text in light of some facts that have come to light, but nothing substantive.
• Shop online and support CESJ’s work! Did you know that by making your purchases through the Amazon Smile program, Amazon will make a contribution to CESJ? Here’s how: First, go to https://smile.amazon.com/.  Next, sign in to your Amazon account.  (If you don’t have an account with Amazon, you can create one by clicking on the tiny little link below the “Sign in using our secure server” button.)  Once you have signed into your account, you need to select CESJ as your charity — and you have to be careful to do it exactly this way: in the space provided for “Or select your own charitable organization” type “Center for Economic and Social Justice Arlington.”  If you type anything else, you will either get no results or more than you want to sift through.  Once you’ve typed (or copied and pasted) “Center for Economic and Social Justice Arlington” into the space provided, hit “Select” — and you will be taken to the Amazon shopping site, all ready to go.
• Blog Readership.  We have had visitors from 34 different countries and 52 states and provinces in the United States and Canada to this blog over the past week. Most visitors are from the United States, the United Kingdom, Canada, the Caribbean Netherlands, and Peru.  The most popular postings this past week in descending order were, “Social Justice and Science Fiction,” “Guilty Until Proven Innocent,” “The Problem of Wealth, III: The Fabian Failure,” “Turning the Other Cheek,” and “Panic on the Street.”
Those are the happenings for this week, at least those that we know about.  If you have an accomplishment that you think should be listed, send us a note about it at mgreaney [at] cesj [dot] org, and we’ll see that it gets into the next “issue.”  If you have a short (250-400 word) comment on a specific posting, please enter your comments in the blog — do not send them to us to post for you.  All comments are moderated, so we’ll see it before it goes up.
#30#
Posted by Michael D. Greaney at 12:46 PM