Distributism and Population Growth, II: Who Has Rights?

Last Thursday we looked at the question of whether a program of expanded capital ownership requires adherence to a particular belief system, or any belief at all.  We concluded that, as long as someone adheres to the basic principles or precepts of the natural law, his or her personal beliefs — or lack thereof — are (or should be) a matter of complete indifference to others.

In fact, if what you propose relies for its validity on a faith-based belief system, chances are it’s a lousy system.  You thereby put reason and faith in opposition, demanding that reason change to comply with your beliefs . . . or . . . okay, that reason change to comply with your beliefs.  Whether you have faith in a god or gods, science, or your own opinion, there’s something wrong if empirical evidence and logical argument give you answers that you dismiss because your faith and reason don’t agree, whether it’s reason rejecting faith, or faith rejecting reason.  The shtick is (or should be) faith and reason, not faith or reason. 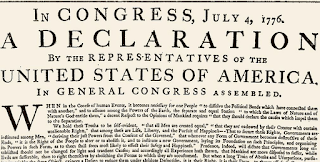 The bottom line here is that everybody, regardless of his or her religious beliefs or lack thereof, has the same natural rights, among which are life, liberty, and access to the means of acquiring and possessing private property.  Any time you claim that you need something other than mere humanity to qualify for any natural right — such as necessity, the correct belief system, the right ethnic or racial background, the proper attitude, appearance, or anything else — you’ve just said that there is no such thing as a natural right.  Period.  No ifs, ands, or buts.
With respect to religion, Msgr. Ronald Knox noted that people who set themselves up as better than or superior to others — something that inevitably accompanies a commitment to socialism, modernism, or New Age thought — always come to the conclusion that rights are not for the “ungodly,” i.e., anyone who doesn’t believe exactly as you do, or that you have taken in dislike for some reason.  (Ronald A. Knox, Enthusiasm, A Chapter in the History of Religion with Special Reference to the Seventeenth and Eighteenth Centuries.  New York: Oxford University Press, 1961, 3, 584-585.)
Nor is this phenomenon restricted to religion, although it seems to reach its nadir when a faith community starts dividing into ever-more exclusive inner circles of true believers that relegate everyone else to the Outer Darkness.  It pervades Academia and politics, particularly when the two come together in theories of political economy, particular those that rely on using the social tool of the State to impose your beliefs or demands on others, depriving them of rights so that you can enjoy yours more easily.
That is why we found the comment to the article on distributism we discussed last week so troubling.  As the author commented,
“First, I think a shift to distributist economy would go hand in hand with an enforced reduction in population growth — especially in industrialized nations — but that’s a post for another day.” 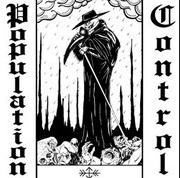 To translate into ordinary language that ordinary people can understand, what the author of the article meant by his comment was this:
“First, I think that for me to enjoy my rights of liberty and private property requires that the State deprive other people of life — especially in countries where there is more advanced technology, and thus more productive capacity for me to own and control — but I’m going to dodge that issue right now because it’s so obviously self-serving and arrogant and I can’t think of a plausible lie to confuse my readers and avoid being condemned as a sociopath.”
In other words, what the presumed distributist declared was that the State should have so much power that it can take away not merely liberty and property, but life itself.  That is, rights are not inherent in actual human beings, but in the abstraction of the collective, personified as the State, and the State decides who has rights, and thus qualifies as a person.
This is the fundamental error of socialism, viz., that the abstraction of humanity has rights that actual human beings do not have.  This is why Pope Pius XI explained,
“We make this pronouncement: Whether considered as a doctrine, or an historical fact, or a movement, Socialism, if it remains truly Socialism, even after it has yielded to truth and justice on the points which we have mentioned, cannot be reconciled with the teachings of the Catholic Church because its concept of society itself is utterly foreign to Christian truth. . . . If Socialism, like all errors, contains some truth (which, moreover, the Supreme Pontiffs have never denied), it is based nevertheless on a theory of human society peculiar to itself and irreconcilable with true Christianity.” (Quadragesimo Anno, §§ 117, 120.)
“Hold on!” you exclaim.  “Didn’t you just say that you don’t have to be a Catholic or anything else to be a distributist?  You’re contradicting yourself by quoting an encyclical!”
No, we’re not.  Last Thursday we clearly stated that Catholic social teaching is based on the natural law, and the natural law is written in the hearts of every human being.  A particular belief system or lack thereof is therefore, strictly speaking, irrelevant to the validity of the natural law rights of life, liberty, and private property.  The ungodly, even those who may actually be “ungodly,” have rights, whether you or the State think otherwise.  Socialism says no one has natural rights, making socialism contrary to nature.
The Catholic Church condemns socialism not because socialism is contrary to what the Church teaches (socialism actually agrees on many points with Catholic faith-based teachings), but because the fundamental concept of socialism — that the abstraction humanity has rights that actual human beings do not — is repugnant to reason, and therefore to faith.
You cannot accept socialism and be a “good Catholic” because the end does not justify the means.  Yes, both the Catholic Church and socialism demand adequate income, fair treatment, access to healthcare, and many, many other things.
Socialism, however, says that having these things is far more important than how you get them; the desired end justifies any and all means necessary to reach that goal.  For its part, the Catholic Church says it matters a great deal how you achieve a desired end.  For example, because not even “the ungodly” can be deprived of rights, you can’t restore private property for some by taking it away from others.  Nor can you, as the author of the article thinks, deprive others of all rights so that you can have what you want.  Thus, as another commentator noted,
“Wow, it seems like a lot of modern day Chestertonians are no longer closet socialists. Now maybe we can move on to a real solution.”
Well . . . to the extent that a “modern day Chestertonian” believes that humanity has rights that human beings do not, i.e., that the State or community or some other abstraction can deprive people of life, liberty, or private property because selected individuals or groups have somehow forfeited their inalienable natural rights (!), then he or she is certainly a socialist, with or without a closet.  And, yes, once we get over the hurdle caused by worshipping the social tool of the State — meaning in most cases our own egos — then we can get to work on a solution that is just and fair to everyone, not just “the godly” who have demonstrated that they deserve life, liberty, and private property, at least to our satisfaction.
#30#
Posted by Michael D. Greaney at 6:00 AM