In his 1926 riposte to the New Age, Other Eyes Than Ours, Msgr. Ronald Knox has a character declaim in a speech, “The creeds and dogmas which rested their weight on the evidence of alleged facts have become old-fashioned; we have become familiarized with the idea that a historical statement may be false in the sense that the thing did not happen, yet true in the sense that it harmonizes with all that is highest in our spiritual nature.”  (Ronald Knox, Other Eyes Than Ours. London: Methuen and Co., 1926, 201.)  This individual — Mister Scoop — goes on, declaring,


“[I]t is doubtful whether the human intellect has much part to play in the momentous spiritual issues of the future. . . . in that religion of the future towards which Spiritualism, in common with all that is best in all the religions, so confidently points us, the intellect will find itself inevitably superseded; it will be a landmark that we have left behind, a childish thing that we have outgrown.” (Ibid., 201-202.)

The goal? “[A] kind of Higher Cretinism,” a destiny to be embraced “cheerfully.” (Ibid.)  (Yes, we were tempted to title this posting, “The Higher Cretinism,” but got over it.)  In other words, as far as Knox was concerned, the new concept of religion not only turns people into morons (his word), it makes them seek out such idiocy as “that star guiding us” (ibid.) and characterizes stupidity as something to be “shouldered manfully.”

True, Other Eyes Than Ours is a work of fiction, and one that relates what turns out to be a hoax perpetrated in the hope of convincing someone of the stupidity of New Age thought.  After all, would any sane person actually get up and make a speech calling for “the Higher Cretinism”? 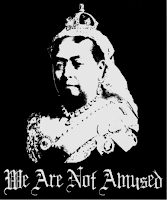 We smile or (depending on our temperament) laugh out loud at such obvious satire, not even meant to be taken seriously within the covers of a novel.  But is it really all that unusual for people to be persuaded by something equally illogical in real life, something utterly lacking in empirical validity or logical consistency?

Speaking from a great deal of experience, we can say definitively that Knox did not overstate the case.  If anything, he understated it by making the speaker in his novel fully aware he was talking nonsense, and thus not expecting any rational person to believe him.

Real life, however, has numerous examples of people accepting as true things that they should instantly recognize as false, or at least of which they should be suspicious.  Take, for example, our particular area of expertise, the principles of economic justice.

There are not wanting people today who think that wealth should be redistributed to establish and maintain what they call “economic justice,” i.e., “From each according to his ability, to each according to his needs.”  This is usually based on assumptions and reasoning that proceeds along lines something like the following —

“The goods of the earth were given to everyone in common.  Further, since we know that only labor is productive, and clearly no human being can work hard enough, long enough, or effectively enough to make significantly more income honestly than anyone else, it is evident that every rich person must have stolen his or her wealth from others, usually the workers or the consumers.  Thus, because it is manifestly true that the rich stole what they have from the poor, it is only right that what the rich have be taken away and given back to the poor.”  (“Nota Quote,” from Anyone.)

Now, just for fun, count the number of objective, proven facts in the above paragraph.  If you got any number greater than zero, go back and try again.  If you read with even a modicum of care, you realized immediately that there is not one single, proved, objective fact in the case against the rich as it is often presented by people who consider themselves socially conscious — not even evidence that any specific individual is actually rich!

Astonishingly, the usual argument in favor of confiscation and redistribution starts with the assertion that there are rich people, and there are poor people, but without bothering to establish that fact.  Everyone is expected to know it as self-evidently true, whether or not it actually is.  True, it would be child’s play to prove whether or not any particular individual is, in fact, rich or poor — but specifics and particulars are not useful to those demanding redistribution, only generalities and abstractions.

It is therefore much better (and easier) to assert someone’s guilt and then demand that the accused prove him- or herself innocent.  That is impossible, by the way, as you cannot logically prove the existence of non-existence.  You can only prove someone guilty, not, not guilty.

This is the problem with which Fulton Sheen was confronted at the beginning of his career, and which both Chesterton and Knox were to make the focus of their efforts.  That is, far too many people today have trained themselves (or have been trained by Academia) out of the common sense they’re born with.  They can’t tell truth from falsehood, or even when to demand that something be proved true rather than merely asserted.

The goal of today’s posting is not to place blame, however.  Rather, we’re concerned now with what, when combined with the rejection of common sense, seems to have resulted in the present situation . . . and how this led to the nullification of all the efforts of Chesterton, Knox, and Sheen to restore common sense to the world. 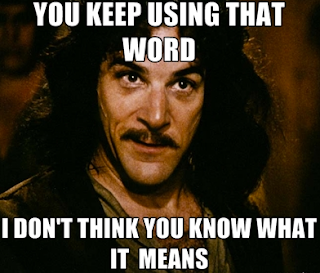 If you’ve been reading all the postings in this series . . . you might want to get a life.  Seriously, by this time you should be starting to have a grasp of the enormity of the task facing Sheen: how to restore sanity in a world not simply indifferent to reason, but actively hostile.  (And the selection of “enormity” to describe the situation was deliberate.  It means “horrifying,” but the sentence still makes sense even if you confuse it — as many do — with “enormous.”)

So we’re prepared at this point to ask, “What, when combined with the rejection of reason — common sense — brought us to this present state of affairs?”  The answer is “the hypothetical fact,” possibly the most useful piece of intellectual dishonesty in the world, and the greatest weapon in the arsenal of nonsense ever developed.

As Fulton Sheen explained how the new intelligentsia of the 1920s when he started writing could accept as true that which they had not proven true, or even that which they knew was untrue,

“Does God exist, if you will?  Professor [Ralph Barton] Perry [1876-1957] does not fly from the difficulty.  In a note to page 686 of this same work [General Theory of Value: Its Meaning and Basic Principles Construed in Terms of Interest.  London: Longmans, Green, & Co., 1926*] he states that he believes in [Samuel] Alexander’s emergent deity, which, of course, does not exist but is the nisus** towards existence.  We can therefore expect a like solution, and our expectations are not unfulfilled.  Unanimity [the evolving “God concept” — ed.] should exist, is Professor Perry’s contention.  ‘The best so defined is a hypothetical and not a historical fact. . . . If I say that another world war would be a supreme catastrophe, or that a man having a stature of ten feet would be taller than any man now alive, I affirm what is true despite the non-occurrence of war or the non-existence of giants. . . . So if one asks generally what would be best, and is answered in terms of that which neither did, nor does, nor even will exist, such an answer is not on that account inapt or untrue’.” (General Theory of Value, 687, quoted in Sheen, Religion Without God.  New York: Garden City Books, 1954, 78.)

Now this claim by Perry is, by any measure, a most remarkable statement, a rather stupendous “twist to the mind,” as Chesterton put it.  If we read it carefully, we realize that (according to Perry) something does not have to be true in order to be true!

Obviously, this development can be very useful in the right hands — if we define “right hands” as those attached to the wrists of someone willing to go to any length to get what he or she wants, without bothering with truth.

And, unfortunately, modern Academia, specifically the Ph.D. system, relies on originality in coming up with a thesis that will obtain for the student the presumed ticket to future employment.  In other words, Academia requires not objective truth, but novelty . . . one of the marks of enthusiasm as defined by Knox.

This is a virtual guarantee that Academia will be infected with weird ideas — and the weirder, the better, because better compensated.  As A. R. Burn lamented in his “Introduction” to the Penguin edition of Herodotus’ Histories,

“[T]he excesses of Quellenkritik are mainly due to the Ph.D. system, which makes a high salary depend on producing original work. . . . to require a young scholar to be original is as inhumane as requiring him to be a humorist, or a poet; a truly original theory has a high probability of being a perverse theory, and a branch of study that has not been well worked over is likely to be one that is not worth much attention.” (A. R. Burn, “Introduction” to Herodotus, the Histories. London: Penguin Books, 1972, 23, n.)

*There are errors on pages 74, 76, and 78 in the footnotes of the first edition of Religion Without God that were carried over into the 1954 reprint edition quoted here.  The title of Perry’s work is given as Theism and Thought (erroneously “Thoughts” on pages 76 and 78 of Religion Without God), a 1923 book by Arthur James Lord Balfour (1848-1930) based on Balfour’s Gifford Lectures of 1922-1923, which Sheen had cited on page 73 immediately prior to his discussion on Perry’s General Theory of Value.  These appear to be typesetter’s errors.

**”Nisus” is a mental or physical effort to attain an end; a perfective urge or endeavor (we had to look it up).