The Worst-Blizzard-EVER in the entire history of the human race (or, at least, this winter inside the Washington, DC, Beltway . . . until the next one) managed to throw a monkey wrench into our plans for today and the weekend, but the Just Third Way continues to advance.  In particular, outreach continues, and new research materials continue to surface: 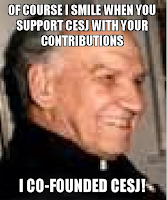 • Completely by chance, we located a rare copy of the Irish Times Sinn Féin Rebellion Handbook, published in 1917.  The volume is not actually a “handbook,” but an almanac of facts and figures compiled by the Irish Times from its news reports and other sources of the 1916 Easter Rising and aftermath.  The book will provide original source data for the CESJ-AOH joint project, an analysis of the Rising from the standpoint of the Just Third Way.  We have compiled an extraordinary amount of original source material for this project, beginning with the first-hand account of the father-in-law of a member of the local AOH Division, who was in the General Post Office in Dublin, which served as headquarters for the Rising from Monday, April 24, 1916, through Saturday, April 29, 1916.

• Thanks to (another) “Snowmageddon-Storm-of-the-Century,” the CESJ core group will not be attending the DC reception this evening after today’s March for Life given by the Center for Ethics and Culture of Notre Dame.  We will try to schedule a telephone conversation with the Associate Director and Father Edward Krause, a member of the CESJ Board of Counselors.

• We sent an outreach letter to Rev. Jerry J. Pokorsky of the Arlington (Virginia) Diocese as a result of an article he published on the Crisis Magazine website, “Preparing for the Apocalypse.”  Father Pokorsky raises a number of interesting questions, all of which can easily be addressed by the Just Third Way.

• We also obtained a copy of Peter de Rosa’s account of the Easter Rising, Rebels: The Irish Rising of 1916.  It looks good, except for that photo of James Larkin, a socialist, on the cover. . . .

• As of this morning, we have had visitors from 50 different countries and 45 states and provinces in the United States and Canada to this blog over the past two months. Most visitors are from the United States, the United Kingdom, Canada, Japan, and Turkey. The most popular postings this past week in descending order were “Thomas Hobbes on Private Property,” “The American Chesterton, XI: The Disciple of Common Sense,”  “The Purpose of Production,” “Aristotle on Private Property,” and “Chicken Little Economics.”