As of this writing, the stock market is soaring again, apparently on the news that the price of oil is going up.  Translation:  the cost of a basic input to production is going up, which means lower profits and slower (if possible) economic growth . . . so the stock market goes up.  Uh, huh.  Enough of that Keynesian Looking Glass Land, here are the news items for this week: 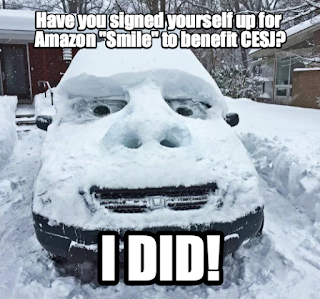 • We received a copy of G.K. Chesterton’s Irish Impressions, a facsimile edition of the 1920 book, relating Chesterton’s, well, impressions of a visit to Ireland in 1918, two years after the Easter Rising, during which he had agreed to carry out the rather awkward task of trying to convince the Irish to volunteer for the British Army to fight Germany; he at least had the advantage of being opposed to conscription (one diplomatic British recruiting poster in Ireland declared that Irish men had better volunteer now, or they’d be taken forcibly later).  We had come across the book in connection with the comment by a modern reader (which means someone who may never actually have read it) that Chesterton’s solution to “the Irish Question” was that everything would be fine if both sides would just compromise a little.  As is the case with today’s interpreters of most of Chesterton’s works, this was a “little” wide of the mark.  Instead of trying to jolly the Irish along, downplaying the very real grievances of the Irish and the at times horrifying crimes of the British, he admitted them, and even noted a few of which we were unaware, and which gave us a few new avenues of research.  Instead of compromise, Chesterton suggested ways that Ireland’s long-term interests might agree with England’s short-term concerns.  We didn’t find his arguments convincing, possibly because (as he rather strongly hinted) he didn’t find them particularly convincing himself, but he gave it a go.  Perhaps one reason why Irish Impressions is not more widely known — aside from the insistence of Chesterton’s latter day followers on turning him into a supporter of everything he opposed — is that the book is extremely topical.  On a single page (and they are small pages) we read four references to people and concepts that no one today remembers, with a couple more of which the modern reader steeped in Irish history would have only a vague recollection.  “Mr. Devlin”?  “Mr. Tim Healy”?  “Sir Horace Plunkett”?  “Captain Stephen Gwynne”?  “Home Rulers”?  “Southern Unionists”?  “Northern Nationalists”?  Chesterton even commits the “crime” (in the Irish historian’s eyes) of referring to anyone in favor of independence as “Sinn Féin,” using it as a generic label to describe Young Ireland, Fenianism, the Irish Republican Brotherhood, the Irish Volunteers, the Irish Citizen Army, Clan na Gael, etc., etc., instead of the name of a political party founded by Arthur Griffith.  Still, with adequate annotation and footnotes (which, judging from our personal knowledge of the editor’s somewhat limited understanding, we have a sneaking suspicion may be absent from the “official” collected works edition), the book is both useful and informative, and gives the perspective of an Englishman sympathetic to Irish goals.

• We also just obtained a rare copy of Msgr. Ronald Knox’s Other Eyes Than Ours (1926), a novel that shreds the obsession — that today has turned into a mania — for “New Age” type spirituality and narcissistic navel gazing.  It’s a satire, of course.  We say “of course,” despite the fact that most people aren’t aware that Knox was a brilliant satirist . . . when they are even aware of Knox, that is.

• Today we sent out an enquiry to the organizer of a symposium on “Economics and Catholic Social Thought” asking why the Just Third Way had been ignored and CESJ/Justice University not invited to give a presentation — particularly in light of the fact that CESJ’s work (and the subject matter of all Justice University programs, . . . at least so far) has received the personal encouragement of Pope St. John Paul II.  We received a brief, albeit somewhat polite response essentially brushing us off with the comment that they weren’t interested in anyone’s “agenda.”  We sent a response ourselves explaining how you don’t want to confuse Justice University's natural law paradigm with an ‘agenda,” and reiterated the suggestion that the organizer talk to Dr. Norman G. Kurland, president of CESJ and chief professor of JU.  If we get a response to our response, we will ask which of the principles of the Just Third Way the organizer finds objectionable.  We may develop a template set of letters that can be sent by anyone in CESJ/JU when an event that should include a presentation on the Just Third Way fails to do so.

• Some outreach that worked: last week’s letter to a priest in the Arlington Diocese who had published an article in Crisis magazine got back to us, and we had a very good hour-long conversation on the phone.  He had to get off to attend to some of his duties, but will be coming to lunch on Monday.  We may be able to arrange for a Justice University program at his parish.