Interesting.  Yesterday the Dow Jones Industrial Average (which no longer has any industrial stocks) rose nearly 400 points to universal jubilation.  Today the Dow plunged nearly 400 points right after the market opened to universal despair.  Of course, if any of this actually meant anything, there might be reason for jubilation or despair, but let’s get on to more important things: 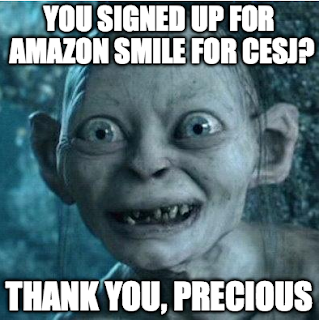 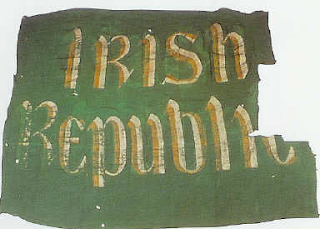 • We have obtained (or are in the process of obtaining) some rare and extraordinary research materials regarding the “Easter Rising” in Dublin in 1916.  CESJ is participating in a joint project with a local Division of the Ancient Order of Hibernians in Arlington, Virginia analyzing the Rising in terms of the economic and social justice aspects of the Irish Home Rule/Independence movement, and (especially) what can be done today to put Ireland on a track that will meet the goals of the Rising, but without being bound by past mistakes.  We have, for example, tracked down a copy of Major Sir Francis Vane’s autobiography — which the British government permitted to be published after confiscating and destroying two previous attempts by Vane to relate his experiences during the Rising.  We also located several “Statements By Witnesses” taken by the Irish government’s Bureau of Military History that give eye-witness accounts, and a very rare ten-page typescript of one woman’s dairy of each day of the Rising.  The point of the project is to analyze the 1916 Easter Rising from the perspective of economic and social justice, and to present the outline of an Economic Democracy Act for Ireland based on the principles of widespread capital ownership and individual sovereignty.  We may have an “in” with the Irish government, as the father-in-law of one of the AOH members was in the General Post Office in Dublin in 1916, and he and his family have been invited to events in Dublin to celebrate the Centenary that are not open to the public.

• The CESJ first quarterly board meeting for Fiscal Year 2015 (October 1, 2015 to September 30, 2016) will be Monday, January 18, 2016.  A number of important topics will be discussed, particularly surfacing genuine leaders, the upcoming elections, and certain administrative issues.

• This past week the Wall Street Journal had an important article on the prospects for cocoa — not good.  There won’t be any great shortage, but cocoa growers are facing the same problem as many other producers of marketable goods and services: aging capital, in this case cocoa trees.  One source estimated that 40% of the cocoa trees in Cote d’Ivoire, the largest cocoa producer in the world, are no longer producing due to age and disease.  There needs to be massive new infusions of capital just to maintain current low levels of production, much less expand to meet growing demand, and only the Just Third Way has the potential to allow cocoa producers to obtain new capital and gain maximum benefit from it.

• As of this morning, we have had visitors from 48 different countries and 46 states and provinces in the United States and Canada to this blog over the past two months. Most visitors are from the United States, the United Kingdom, Canada, Japan, and Turkey. The most popular postings this past week in descending order were “Thomas Hobbes on Private Property,” “The American Chesterton, XIII: God and Intelligence,” “Halloween Horror Special XIII: Mean Green Mother from Outer Space,” “News from the Network, Vol. 8, No. 51,” “The American Chesterton, III: The Esoteric Twenties.”