Last week we had a retrospective on the news items from January through June of 2015.  Today we present the big news items from July through December 2015.  As you can see, the year got off to a slow start, but a large number of projects came to fruition (or at least started to bud) in the second half of the year:


• Amazon Smile program.  Here (once again) are the instructions for using the Amazon Smile program.  It’s pretty easy, but you have to follow the directions exactly, or CESJ won’t get the 0.5% of your net purchase(s) as your donation (it adds up).  First, go to https://smile.amazon.com/.  Next, sign in to your account.  (If you don’t have an account with Amazon, you can create one by clicking on the tiny little link below the “Sign in using our secure server” button.)  Once you have signed into your account, you need to select CESJ as your charity — and you have to be careful to do it exactly this way: in the space provided for “Or select your own charitable organization” type “Center for Economic and Social Justice Arlington.”  If you type anything else, you will either get no results or more than you want to sift through.  Once you’ve typed (or copied and pasted) “Center for Economic and Social Justice Arlington” into the space provided, hit “Select” — and you will be taken to the Amazon shopping site, all ready to go.  That’s it.  Oh, and be sure to share this information with your friends and neighbors.

• We were saddened to report the passing of long-time member and friend of CESJ, Dr. Kathy Friedman, on August 13, 2015.  Kathy had fought a six-month battle with cancer after it was first diagnosed in February.  Kathy joined CESJ in 1986, when she was working in the office of U.S. Representative Louis Stokes (D-OH). She had learned of the President Ronald Reagan’s Presidential Task Force on Project Economic Justice, a congressionally mandated bipartisan task force that had been spearheaded by CESJ members in 1985.  Kathy assisted the Task Force as an editorial advisor for its orientation book, Every Worker an Owner, which was translated into Polish with 40,000 copies distributed through the Polish Solidarity network and later presented to Pope John Paul II.  She contributed an article, “Capital Credit: The Ultimate Right of Citizenship,” to the compendium Curing World Poverty: The New Role of Property, co-published by Social Justice Review and CESJ in 1994.  Kathy earned her undergraduate degree from Cornell University, and her graduate degree in sociology from the University of North Carolina.  Her Ph.D. thesis, Legitimation of Social Rights and the Western Welfare State: A Weberian Perspective, was published by the University of North Carolina Press.  She taught at the University of Washington and Tulane University.  Following her tenure on Capital Hill, Kathy had a long and productive career at the U.S. Census Bureau. Kathy moved to Lake Placid, New York, following her retirement. She remained a close friend to other “CESJ old-timers”, and followed our Just Third Way news with enthusiastic interest and continued commitment. 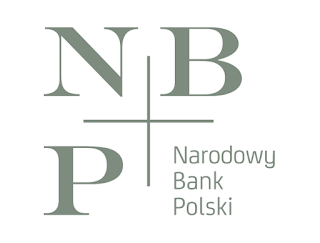 • Krzysztof Nędzyński of the National Bank of Poland asked permission to condense and translate Michael D. Greaney’s series of blog postings on the Greek debt crisis, which he said is the best thing by far he has seen written on the subject, for publication in the Financial Observer in September of 2015.  Publication was delayed until October.  We still plan on translating and editing Krzysztof’s article to produce a “master” English version, and have it translated into a number of languages for distribution to central bankers, politicians, and placed in financial journals.  We might be able to get the funds for translation from foundations using Foundation Search.  CESJ Fellow Jean-Marie Bukuru has expressed interest in providing a French version to the nascent resistance movement in Burundi, and it might be useful in Guatemala and other places.

• CESJ’s Director of Research, Michael D. Greaney, began publishing articles on the “Catholic365” website.  Due to the press of business and other responsibilities, only half a dozen articles have been submitted and published, but more will be forthcoming as soon as time and resources permit.

• Eric Stetson was hired as a media consultant to assist CESJ in getting more effective use of the social media.  To date, efforts to increase the number of Twitter followers have been very successful. 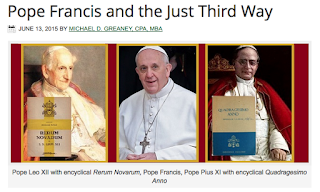 • A CESJ team manned a booth at the World Meeting of Families in Philadelphia in September.  It went very well, and a substantial amount of material was distributed, mostly the “Pope Francis and the Just Third Way” article from Homiletic and Pastoral Review, the CESJ descriptive brochure, the Capital Homesteading flyer, and hundreds of bookmarks with the Just Third Way Edition of Fulton Sheen’s Freedom Under God on one side, and Capital Homesteading for Every Citizen on the other.  A number of good contacts were made, notably Father Frank Pavone of Priests for Life, whose booth was right next to that of CESJ.

• The CESJ core group met with Professor Zaid Eyadat of Jordan University, founding Dean of the Prince Hussen Bin Abdullah II School of International Studies and Political Science there.  He is also a Visiting Scholar at the Center for Contemporary Arab Studies at Georgetown University, and Professor-in-Residence of Political Science and Human Rights at the University of Connecticut. Dr. Eyadat expressed interest in the Abraham Federation concept as a way of integrating the legitimate interests of the three great Abrahamic faiths, Judaism, Christianity, and Islam to build a peaceful and solidaristic society in the Middle East, without any individual or group taking unfair advantage of the others.  Dr. Eyadat also thought that the Citizens Land Bank proposal holds a great deal of promise. Dr. Eyadat was also intrigued by the “Justice Classrooms” concept, especially as a way of teaching fundamental moral and ethical values (e.g., truth, beauty, love, and — of course — justice), thereby laying the groundwork to their restoration to the surrounding culture, turning academia from the source of the problem into the solution.

• Michael D. Greaney attended the Notre Dame Glee Club Centennial at the University of Notre Dame.  While there, he had a meeting with Dr. Ryan Madison, Associate Director of the Center for Ethics and Culture.  Father Edward Krause arranged the meeting.  The meeting appears to have gone well, and Dr. Madison said he would be interested in having the Center for Ethics and Culture work with CESJ.

• Mark Gross, editor of Truth Be Told, the newsletter of the Laity of the Province of the Holy Name of Jesus, is working on getting CESJ into Catholic media and has suggested a number of contacts for outreach.

• Through Mark, CESJ connected with Dr. Anthony Esolen, Professor of Renaissance Literature at Providence College in Rhode Island, who is the author of Reclaiming Catholic Social Teaching (2014), which we plan on reviewing in a future blog posting.  Dr. Esolen’s position sounds very close to the Just Third Way, needing only the concept of future savings to finance capital acquisition by every child, woman, and man, and the act of social justice as analyzed by CESJ co-founder Father William J. Ferree, S.M., Ph.D.

• CESJ’s Director of Research, Michael D. Greaney, was elected to the membership of the Center for the Study of the Great Ideas in Chicago, co-founded by Max Weismann and Mortimer Adler, mostly for his research into Adler’s proposals for the reform of academia.

• CESJ has collected some valuable research materials on and by G.K. Chesterton, Msgr. Ronald Knox, Abp. Fulton J. Sheen, and Mortimer J. Adler that corroborate and provide support for the Just Third Way.