Oddly enough for a week so close to the end of the year when things usually slow down substantially, we’ve had a significant number of happenings this week. Mostly this has been due to the large number of outreach efforts we’ve been making, and the door-opening that has resulted.  Of course, there are other things going on, too:


• Amazon Smile program.  Here are the instructions for using the Amazon Smile program.  It’s pretty easy, but you have to follow the directions exactly, or CESJ won’t get the 0.5% of your net purchase(s) donation (hey, it adds up).  First, go to https://smile.amazon.com/.  Next, sign in to your account.  (If you don’t have an account with Amazon, you can create one by clicking on the tiny little link below the “Sign in using our secure server” button.)  Once you have signed into your account, you need to select CESJ as your charity — and you have to be careful to do it exactly this way: in the space provided for “Or select your own charitable organization” type “Center for Economic and Social Justice Arlington.”  If you type anything else, you will either get no results or more than you want to sift through.  Once you’ve typed (or copied and pasted) “Center for Economic and Social Justice Arlington” into the space provided, hit “Select” — and you will be taken to the Amazon shopping site, all ready to go.  That’s it.  Oh, and be sure to share this information with your friends and neighbors. 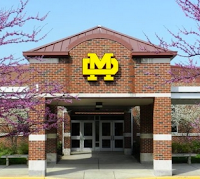 • As many people in the network know, we’ve been working on the “Justice Classrooms” (or “Justice University”) concept for a while.  The idea is to address the twofold problem of the rising cost of education and the failure throughout Academia to teach universal moral principles, especially justice, or even how to think and learn.  This past week we got a telephone call from Dr. Timothy Dickel, president of Mater Dei High School in Evansville, Indiana.  This was in response to a “feeler” we had sent out asking if Mater Dei would be interested in participating in a pilot program on a cost-free basis once the project is under way.  Dr. Dickel was very positive, and expressed interest not only in the Justice Classrooms concept, but in the underlying Just Third Way paradigm.

• We also spoke with Father Edward Krause, C.S.C., Ph.D., in residence at the University of Notre Dame du Lac (also, as you know, in Indiana), who arranged for CESJ’s Director of Research to meet with Dr. Ryan Madison, Associate Director of the Center for Ethics and Culture at Notre Dame.  The meeting in October went well, but follow up has been delayed due to the Center’s Sixteenth Annual Fall Conference, which Dr. Madison was in charge of organizing.  The theme this year was “For Freedom Set Free,” and — according to Father Krause, who attended some of the sessions — participation was (to borrow an adjective from Variety) “boffo.”  Father Krause hopes to follow up once Dr. Madison recovers from the conference (and completes his other academic duties).  It may be that Dr. Madison, too, will be interested in the Justice Classrooms concept, especially given the Center’s mission and his own interest in Aristotelian-Thomism, something he shares with Max Weismann, co-founder with Mortimer Adler of the Center for the Study of the Great Ideas in Chicago, who may be joining CESJ as a member of the Board of Counselors (CESJ’s advisory board) — once the Board can meet and issue the invitation officially — and who has an interest in restoring sanity to Academia.  This might also interest Dr. Esolen.

• A number of people have expressed a great deal of interest in the current blog series on “Three Key Books on Common Sense” that, for convenience, we’ve broken into three parts covering G.K. Chesterton (completed), Msgr. Ronald Knox (in progress), and Abp. Fulton J. Sheen (scheduled to begin December 9, 2015).  Most people have said it should be turned into a book (“Three Keys to Common Sense”?), but this past week the suggestion was put on the table that EWTN might be interested in turning the blog series, or an overview of the Just Third Way, into a television series.  (Of course, there is nothing that says you can’t have both a television series and a book . . . and product tie-ins, like Aristotle and Aquinas Action Figures . . . we can’t have Descartes, because we didn’t think about it.)  Father Krause, whose series, Becoming Catholic, is currently rerunning on EWTN (and is available on DVD for those of us without cable or the equivalent . . . or who don’t feel like staying up until 3:00 am on a Sunday when it airs), said he would look into it.  Father John Trigilio, an online spiritual adviser for EWTN and member of CESJ’s Board of Counselors, might be able to give Father Krause a few pointers.  Father Trigilio is president of the Confraternity of Catholic Clergy, and Father Krause is a past vice president.

• We have obtained a number of books by Mortimer Adler recently.  It is interesting to observe that virtually everything we’ve been saying about the growing problems in Academia was a subject of great concern to Adler during his entire career.  Comparing Adler’s thought with that of Chesterton, Knox, and Sheen (as we’ve been doing in places in the current blog series), we’ve discovered that all were agreed in the source of the problem: the abandonment of a concept of the natural law based on the intellect and discernible by human reason, and a shift to the will, that is, from knowledge to opinion.  Ultimately, as these and many other thinkers have agreed, this leads to chaos or totalitarianism.  It doesn’t do much for individuals, either; Knox called the abandonment of reason “the Higher Cretinism.”

• LATE BREAKING NEWS! We just received word that CESJ will be receiving a free one-year online subscription to the American Journal of Economics and Sociology as a result of publishing "The Business Cycle: A Kelsonian Analysis" by Michael D. Greaney, CESJ's Director of Research.

• As of this morning, we have had visitors from 53 different countries and 50 states and provinces in the United States and Canada to this blog over the past two months. Most visitors are from the United States, the United Kingdom, Russia, Canada, and India. The most popular postings this past week in descending order were “Thomas Hobbes on Private Property,” “Halloween Horror Special XIII: Mean Green Mother from Outer Space,” “Aristotle on Private Property,”  “News from the Network, Vol. 8, No. 47,” “Enthusiasm, V: The Spirit of Vatican II.”