Since this was a very short week (and this is a Wednesday instead of the usual Friday), we’ve put together a short “news roundup” for the first half of the year as a retrospective.  Leading off, of course, is CESJ’s participation in the Amazon Smile program, since it’s an all-year thing: 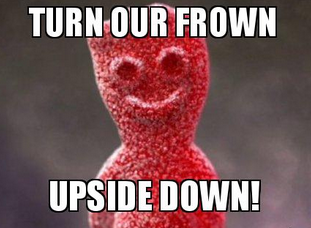 • Amazon Smile program.  We’re going to keep mentioning this until we get the first million out of this program, so (once again) here are the instructions for using the Amazon Smile program.  It’s pretty easy, but you have to follow the directions exactly, or CESJ won’t get the 0.5% of your net purchase(s) as your donation (it adds up).  First, go to https://smile.amazon.com/.  Next, sign in to your account.  (If you don’t have an account with Amazon, you can create one by clicking on the tiny little link below the “Sign in using our secure server” button.)  Once you have signed into your account, you need to select CESJ as your charity — and you have to be careful to do it exactly this way: in the space provided for “Or select your own charitable organization” type “Center for Economic and Social Justice Arlington.”  If you type anything else, you will either get no results or more than you want to sift through.  Once you’ve typed (or copied and pasted) “Center for Economic and Social Justice Arlington” into the space provided, hit “Select” — and you will be taken to the Amazon shopping site, all ready to go.  That’s it.  Oh, and be sure to share this information with your friends and neighbors. 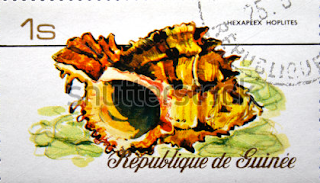 • Early this year the CESJ core group met with the Ambassador from the Republic of Guinea to the United States, who suggested we prepare a proposal for the economic democratization of Guinea.  The proposal was put on hold until after President Alpha Condé was reelected in October, and the core group met again with the ambassador.  We are currently waiting to see if the president would want to meet on the proposal.

• The CESJ annual meeting in April went very well, although not many people were able to attend due to scheduling conflicts.

• The annual “Rally at the Fed” wasn’t actually an event at the Fed, but in Lafayette Park across from the White House.  We obtained some “Man in the Street” interviews, and got a few videos.  Dave Hamill made a good statement, Monica Woodman talked with a gentleman from Guinea who was working on the president’s reelection campaign.  Rob Woodman spoke with a journalist from Turkey who got very interested, and who wanted to read The Capitalist Manifesto.  There was also a couple from Wyoming who agreed to be interviewed, and also someone from a federal agency.  This may have been the best “Rally at the Fed” yet because the team interacted more with the public.

• By chance in the first quarter we came across a mention of CESJ in an article published by Homiletic and Pastoral Review that grossly misstated CESJ’s position.  We notified the editor, and copied the email to the author of the article, a prominent Catholic commentator.  We never heard from the author (who immediately removed all items on the internet in which he had mentioned CESJ), but the editor invited us to submit an article refuting the commentator’s statements.  This we did, and sent a copy to the author of the original article (and never heard back).  Instead of refuting the commentator directly, we used the opportunity to present CESJ’s true position, and linked it to Pope Francis.  The article, “Pope Francis and the Just Third Way,” turned out to be a major contribution to the literature of the Just Third Way, and was translated into Spanish.

• CESJ Fellow Jean-Marie Bukuru was interviewed a number of times on Voice of America radio about the refugee situation in Burundi, and was instrumental in setting up a large number of meetings for Norman Kurland, president of CESJ, and key people.