If there’s one thing evident from this week’s news items, it’s that most — if not all — of the experts don’t seem to understand money, credit, banking, or finance.  Or basic human nature, for that matter.  Clearly, if we want to restore sanity, we need the Just Third Way of Economic Personalism and the Economic Democracy Act: 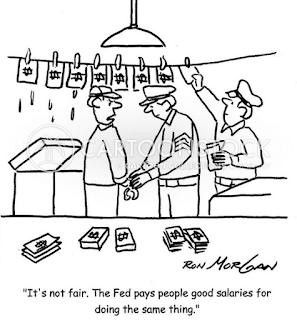 • People Baffled By Inflation.  The sudden rise in inflation is astounding many people.  They can’t understand why, after pumping trillions of dollars “worth” of counterfeit money into the economy, the price level is rising faster than it has for over thirty years!  Of course, a few basic facts about economics and finance, not to mention monetary theory, would resolve their bafflement, but it might also increase the level of anger directed at academics and politicians determined to take what was once the strongest economy in the world down before Communist China.  The simple fact that even John Maynard Keynes admitted — although he tried to explain it away — is that when you flood an economy with mega-amounts of worthless cash (i.e., backed only by the government’s promise to pay), the price level is going to rise.  Then, the moment people realize that the government cannot make good on its promises, the price level starts rising faster than the money can be created, and you have hyper-inflation.  At that point, you usually have someone like Hitler come in to restore order.

• Beanie Baby Bubble Bursts!  In a surprise development that should surprise no one, there appear to be insufficient supplies of Beanie Babies from China to meet the demand for these essential products.  There are also projected shortages of other, less critical goods, but we need to keep our priorities in order.  Of course, if countries were able to meet all of their domestic needs with domestic productions — which they could do with the Economic Democracy Act — necessities like Beanie Babies could be made in the U.S.A., as well as non-essential luxuries like food, clothing, shelter, education and healthcare at affordable prices.

• And LeVar Burton is Still Not Jeopardy Host?  Nothing against Ken Burns, but the new Jeopardy! co-hosts can’t seem to avoid controversy and why is that even an issue and who cares?  Anyway, it’s quite understandable why the whole thing may have left a bad taste in LeVar Burton’s mouth, but he’s still being polite about it.  Burton will be hosting a show, Trivial Pursuit, currently in development.  It’s not clear if it will be on network television.

• A Better Way to Fund Relief and Stimulus.  If you wanted another reason for monetary reform, it’s the California couple who stole millions in COVID-19 relief funds.  This is a problem when your idea of financing involves first getting a lot of money and then spending it.  There is no fool-proof metheod of tying the money to the project.  As Dr. Harold G. Moulton, ten-president of the Brookings Institution, proved in 1935 with his book, The Formation of Capital, there is a much better way to finance economic growth and development, and — as Louis Kelso and Mortimer Adler showed in 1961 in The New Capitalists — it can be done in a way that benefits every child, woman, and man directly, rather than letting them drown in the rising tide that is lifting boats when they don’t even have a life preserver.  It’s really quite simple.  You ONLY create new money when there is a project to be financed, AND you back the new money with the present value of the project itself.  You NEVER, REPEAT NEVER, create money for consumption, only for financing future production.  (What about the “money market” you ask?  When central banks “create” money to buy from the money market to increase the amount of money in circulation, they’re not really creating new money.  What they’re doing is breaking big pieces of money into little pieces of money that are more useful in commerce.  After all, who is going to carry around even one $1 million banknote and expect to be able to buy a cup of coffee?  Remember Mark Twain’s story, “The £1 million Bank Note”?) 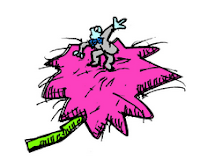 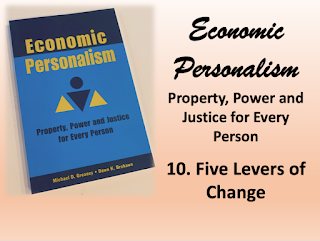 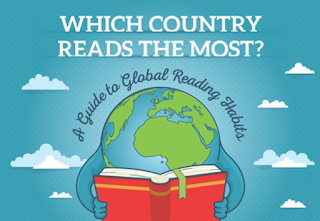 • Blog Readership.  We have had visitors from 31 different countries and 33 states and provinces in the United States and Canada to this blog over the past week. Most visitors are from the United States, Canada, the United Kingdom, Ireland, and Brazil.  The most popular postings this past week in descending order were “News from the Network, Vol. 14, No. 45,” “The Church of Saint-Simon,” “That Old Black Magic,” “Activism v. Leadership,” and “Thomas Hobbes on Private Property.”