You Ain’t Heard NOTHIN’ Yet!

If you’ve seen Monday’s podcast and yesterday’s blog posting, you may be starting to wonder if this is serious or if we made it all up.  We can assure you that we’re completely serious and absolutely none of this stuff is made up.  As the great biologist J.B.S. Haldane almost sort of said after the editors and science fiction writers got through with it, “The universe is not only stranger than we imagine; it is stranger than we can imagine.” 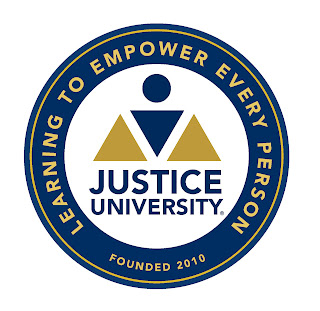 The strangest part is that we didn’t put in anywhere near half of the weirdness that we uncovered about Ignatius Loyola Donnelly.  This guy was weird.

. . . and he was also a huge influence on Msgr. John A. Ryan of the Catholic University of America . . . and you wondering why organized religion is having so many problems these days?  Look no further.

No, we’re not making any of this up.  This is, like, straight from the horse’s, er, mouth.  Our primary source is Ryan’s autobiography, Social Doctrine in Action: A Personal History (New York: Harper & Brothers, Publishers, 1941).

No, really.  It’s right there on page 12.  After becoming entranced in his early teens by the vision of the agrarian socialist Henry George after reading George’s Progress and Poverty (which, among other things, claims that an abstraction created by man is greater than man created by God, thus turning man into God’s master!), Ryan became “much interested in the proposals for economic reform advocated by Donnelly, the Farmers’ Alliance [an agrarian reform movement founded by Donnelly that eventually merged into the Populist Party], and the Knights of Labor.”

Keep that in mind.  As Ryan declared a sentence or two later on the same page, Donnelly “exercised more influence upon [Ryan’s] political and economic thinking than any other factor.”  We’ll repeat that in case you missed it.  By Msgr. John A. Ryan’s own admission in his autobiography,

Ignatius Loyola Donnelly exercised more influence upon Msgr. John A. Ryan’s political and economic thinking than ANY OTHER FACTOR.

So why is that of interest?  Well, for one, if you thought The Twilight Zone was weird, hang on to your hat.  You ain’t seen nothin’ yet.

So, who was this Donnelly guy?

An attorney, politician, and writer, Donnelly was born a Catholic but became a spiritualist (Walter Monfried, “The Astonishingly Inconsistent Ignatius Donnelly,” The Milwaukee Journal, August 19, 1974, 10.).  A populist who hated William Jennings Bryan (“Anti-Trust Leaders At Variance Over Watered Stock,” Boston Evening Transcript, February 14, 1900, 4.  Bryan was opposed to George’s proposals, as he made clear on more than one occasion, although George never ceased trying to gain his endorsement), he advocated socialism and corresponded with and supported George (Helen McCann White, Guide to a Microfilm Edition of the Ignatius Donnelly Papers.  St. Paul, Minnesota: The Minnesota Historical Society, 1968, 24.).  He has been described as “America’s ‘Prince of Cranks’.” (Walter Monfried, “America’s ‘Prince of Cranks’,” The Milwaukee Journal, May 15, 1953, 8.)

Apart from his influence on Ryan, Donnelly is best remembered for his inventive and revisionist ideas concerning the high Neolithic civilization that allegedly existed before the Flood, (Ignatius Donnelly, Atlantis: The Antediluvian World (1882); Ragnarok: The Age of Fire and Gravel (1883).) as well as a number of other innovative theories, many of them presented in fictional form (Eric F.  Goldman, Rendezvous with Destiny: A History of Modern American Reform.  New York: Vintage Books, 1956, 49.).  Blavatsky cited Donnelly’s book, Atlantis: The Antediluvian World (1882), several times in The Secret Doctrine. (Helena Petrovna Blavatsky, The Secret Doctrine, The Synthesis of Science, Religion, and Philosophy. New York: The Theosophical Society, 1888, II.221n, II.266n, II.276n, II.333, II.334, II.741n, II.745, II.746n, II.761n, II.782, II.782n, II.786n, II.791, II.792-793.)  According to Ryan, Donnelly’s science fiction and fantasy novels (Ignatius Donnelly (as Edmund Boisgilbert), Caesar’s Column (1890); Doctor Huguet: A Novel (1891); (as Ignatius Donnelly) The Golden Bottle, or, The Story of Ephraim Benezet of Kansas (1892).) contained innovative concepts that were integrated into his political thought. (Ryan, Social Doctrine in Action, op. cit., 15-16.)

Donnelly was characterized as ruled “by his imagination more than logic.” (“Ignatius Donnelly,” The Toledo Weekly Blade, January 10, 1901, 4.) His obituary noted that, “though he was a man of great mental powers he was dominated by the erratic and unfounded.” (Ibid.)

Scientific theories Donnelly espoused included complex formulae to prove his hypothesis that Shakespeare did not write the plays attributed to him, but were instead written by Francis Bacon to convey occult spiritualist messages to his disciples. (Ignatius Donnelly, The Shakespeare Myth (1887); The Great Cryptogram: Francis Bacon’s Cipher in Shakespeare’s Plays (1888); The Cipher in the Plays, and on the Tombstone (1899)) Donnelly’s cryptogram theory was why G.K. Chesterton alluded to him as “some American crank.” (G.K. Chesterton, The Everlasting Man.  New York: Image Books, 1955, 206.)

Ryan believed Donnelly’s interest in the Occult demonstrated his intellectual scope. (Ryan, Social Doctrine in Action, op. cit., 12.) Even so, one reviewer described Donnelly’s cypher as “a worthless and silly piece of nonsense. . . . the work of a crank or a humbug.”  As the reviewer concluded, “Such men as Mr. Donnelly can thrive only when the ignorant and the curious support them.” (Arthur Mark Cummings, “Letters to Theodore, IX,” Boston Evening Transcript, July 3, 1888, 10.)

And who cares about Msgr. Ryan?  Well, consider the fact that he is the big time guru of the living wage system, promoted the New Deal (he was known as “the Right Reverend New Dealer” and “Monsignor New Deal), helping sell it to American Catholics who used to be suspicious of an all-powerful government, and worked hand-in-glove with Father Carles E. Coughlin, the “radio priuest” until they had a falling out and started attacking each other . . . which we may get into in the next posting on this subject.