For some reason, the postings on Justice University topics over the past week or so have proved to be astonishingly popular, especially one that brought in a rather esoteric subject, viz., what defines human beings as human beings.  Another unusual event this week was discovering a “long lost” (or at least unknown to us) video of an interview Mike Wallace had with Walter Reuther . . . in between puffs on his Parliament cigarette, anyway: 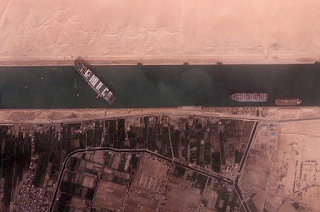 • No Inflation?  The headline on an internet news service this morning read “Stocks Advance, Crude Oil Prices Rise Amid Tepid Inflation Data.”  This is baffling, as “inflation” means “a rise in the price level.”  Thus, the import of the headline is that the price level is rising despite low inflation.  Come again?  What it shows is that massive amounts of money are being created and poured into the stock market, and the Suez Canal blockage is raising energy prices.  This would not be a problem with respect to the stock market if people realized that the secondary market has nothing really to do with the primary market.  In a weird way, the fact that so much funny money backed only by government debt is being channeled into the speculative stock market is a good thing for consumers — in the short run — as it doesn’t thereby raise prices of marketable goods and services.  Energy is another matter, as it is a critical input to production, and an increase in the price of energy means “cost push” inflation instead of the “demand pull” inflation that comes from printing money.  Thus, the artificially induced “demand pull” inflation caused by the massive money creation is not immediately affecting consumer prices, but the “cost push” inflation in energy will start to have its effect soon if the situation does not change. 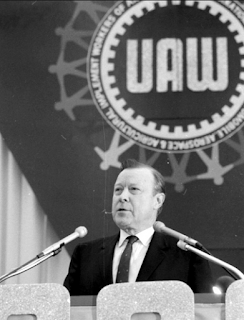 • Walter Reuther Videos.   For years we’ve been referencing UAW President Walter Reuther’s testimony before Congress on the Kelso ideas in the late 1960s.  Purely by chance, we came across an interview Reuther gave to Mike Wallace on January 25, 1958, purely by coincidence the same time Kelso and Adler’s The Capitalist Manifesto came out.  In the interview, which was posted on YouTube in two parts, Reuther doesn’t bring in ownership, but the analysis he gave — as an analysis — is very close to that of Kelso.  The first part is here (please ignore the extended cigarette commercial) and the second part is here.

• Outreach Efforts.  Gene Gordon and Rick Osbourne have been reaching out to politicians and preparing explanatory materials for community leaders and groups.  Making their efforts more effective, they have carefully been running the materials they’ve been developing past the CESJ core group to ensure conformity with basic principles and even language.

• Dr. Jane James.  Dr. Jane James of the University of Southern California has accepted her appointment to the CESJ Board of Directors.  Jane has been doing a great deal of outreach within Academia to advance the Just Third Way. 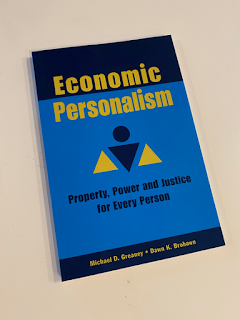 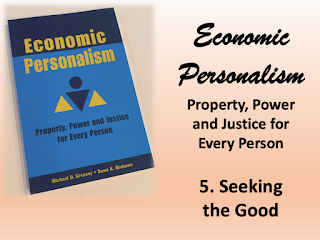 • Blog Readership.  We have had visitors from 91 different countries and 39 states and provinces in the United States and Canada to this blog over the past week. Most visitors are from the United States, United Kingdom, Russia, Japan and India.  The most popular postings this past week in descending order were “The Two Factors of Production,” “News from the Network, Vol. 14, No. 11,” “The Binary Difference,” “The Purpose of Production,” and “JTW Podcast: Economic Personalism, Human Dignity.”